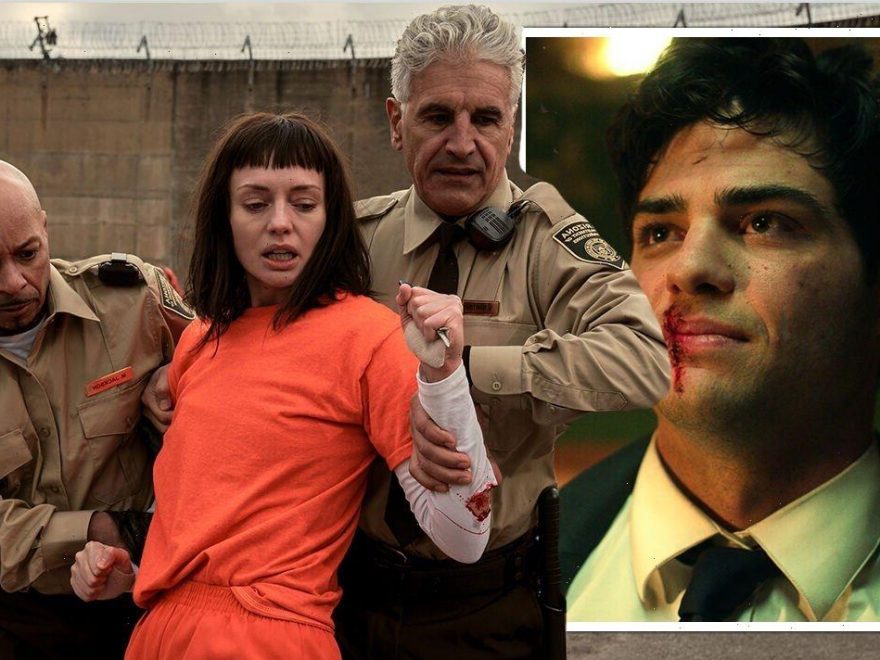 The Recruit makes its way to Netflix on December 16 and it follows Owen Hendricks as he encounters a CIA asset. The spy series has been created by Alexi Hawley with a star-studded cast at its helm. Express.co.uk has all you need to know about who is in the cast.

Who is in The Recruit?

Owen is a lawyer who has just started working for the CIA.

He encounters an asset who demands exoneration and she tries to expose her long-term relationship with the agency.

Owen finds himself entangled in convoluted international politics as a result.

He is played by Noah Centineo, a 26-year-old American actor known for his roles in The Fosters, To All the Boys I’ve Loved Before and Black Adam.

The star opened up about an injury he acquired whilst filming for The Recruit, telling Access Hollywood: “I was walking, and I bent over, and I took a step, and it was the wackest thing that could’ve happened.

“I was just walking, and my back was like, ‘You’re done! Sit down!’ It was actually during the filming of some of the most rigorous action gun battle shootout scenes that we had, so in one way, I lucked out and didn’t have to do all of it.”

Violet is played by Aarti Mann, a 44-year-old American actress known for Heroes and Never Have I Ever.

Fans may also recognise her as Priya Koothrappali in The Big Bang Theory.

Terence is played by Daniel Quincy Annoh, who is making his Netflix debut in the series.

He has starred in a couple of short films, including Black ‘N’ White and Bus Stop.

The star took to Twitter to share photos of himself with his The Recruit co-stars at the show’s premiere.

He said: “Still riding the high of a the premiere and seeing these lovely’s again too. Big love.”

Walter is played by Vondie Curtis-Hall, an American actor, director and screenwriter.

He is known for his roles in Chicago Hope and Marvel’s Daredevil.

The star is married to actress Kasi Lemmons and they have four children.

Janus is played by Kristian Bruun, a 43-year-old Canadian actor known for his roles in Orphan Black and Murdoch Mysteries.

Sharing his red carpet photos from The Recruit premiere on Instagram, he said: “Thank you @netflix for such a fun premiere. And thank you @krys_t_ for styling me! (And thank you to me for my one and only pose.).”

Max is played by Laura Haddock, a 37-year-old English actress known for White Lines and Guardians of the Galaxy.

She has two children with her former partner, actor Sam Claflin.

Lester is played by Colton Dunn, a 45-year-old American comedian, actor and producer.

He is best known for his roles in Superstore, Key & Peele and Lazer Team.

He described his time on The Recruit as “a dream” on Instagram.

Hannah is played by Fivel Stewart, a 26-year-old American actress and singer.

Fans may recognise her from Atypical, Pit Fighter and Freeze.

She is the younger sister of actor Booboo Stewart and actress Maegan Stewart.

Her brother Booboo plays guitar in the band 5L, for which Fivel is the lead singer.

Xander is played by Byron Mann, a 55-year-old actor who was born in Hong Kong.

He is known for his roles in Street Fighter, The Big Short and Wu Assassins.

The star was at one point a top-ranked tennis player, under 16 division, in Hong Kong.

Dawn is played by Angel Parker, an American actress known for Lab Rats and Runaways.

Her breakout role as as Veronica in Joss Whedon’s series Angel.

She lives in LA with her husband, actor Eric Nenninger, and they have two children.

Senator Smoot is played by Linus Roache, a 58-year-old British actor known for his role as Michael Cutter in the Law & Order franchise.

Fans may also recognise him as King Ecbert in the historical drama Vikings.

Amelia is played by Kaylah Zander, a Latinx-Canadian actress.

She studied anthropology at university before starting to audition for film roles in 2017.

Her previous credits include Chilling Adventures of Sabrina, Rescued by Ruby and The 100.

The Recruit airs on Netflix from December 16