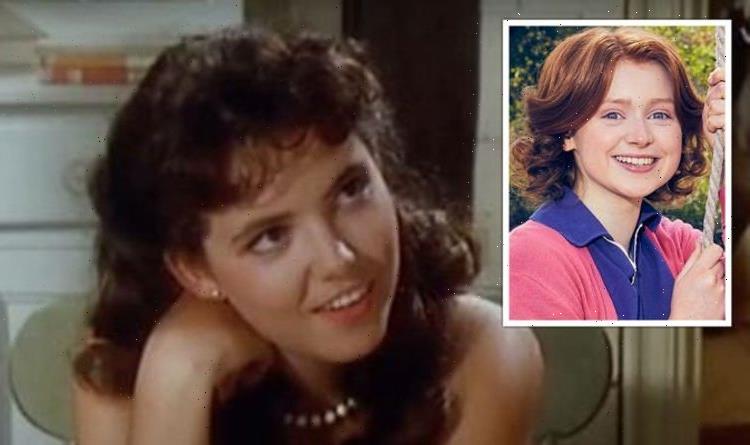 The Larkins reboot with Bradley Walsh begins on ITV

The Larkins is the latest adaptation of The Darling Buds of May and it has been airing on ITV on weekends. The new TV series stars The Chase host Bradley Walsh as patriarch Pop Larkin, with Joanna Scanlan playing wife Ma. Daughter Primrose is played by Lydia Page in the latest adaptation, but who played the original Primrose and where is the actress now?

What happened to the original Primrose?

The Darling Buds of May aired on ITV in the early 90s and it followed the Larkin family on their farm in Kent.

The series provided many of the stars with their breakout roles, including Catherine Zeta-Jones who played Mariette.

Primrose was not a main character in the original series, and she was played by two actresses.

She was played by Julie Stichbury for six episodes in 1991 but was replaced by Abigail Rokison for the remainder of the series.

Julie was only asked to stay on for the first six instalments.

She went on to become an underwear model and took on an office job for Pearson TV.

Now in her early 40s, The Sun quoted the actress as saying: “I’m disappointed I never made it big but at least I can console myself that I’m still working in TV.”

As for actress Rokison, she went on to study for a doctorate in drama, focussing on academia rather than TV.

She took on a small role in The Bill but went on to become a lecturer at Cambridge University until 2021.

Now in her 40s, she is a lecturer in Shakespeare and Theatre at The Shakespeare Institute in Stratford.

The actress admitted she became a sex symbol as a teenager after she seduced the vicar in the series.

In real life, she described herself as being quiet and shy, so it was a challenge for her to take on a polar opposite role.

She is now married to actor Andrew Woodall and she has a son.

The actress has published a couple of books, including Shakespeare for Young People in 2013.

The first actress, Davies, was only 13 when she landed the role of Primrose in the series debut.

The actress said she would never forget her time on say and took a particular liking to co-star Zeta-Jones.

She described the actress as being caring and friendly and recalled the moment she was told she would be leaving the series.

She told The People: “I was devastated when the producers wrote to me saying I wouldn’t be needed for the second series.

“After that there was no work for me as an actress.”

As for Rokison, she was 15 when she landed the role for the second and third series.

She said: “I had to seduce the vicar – it was my first kiss both on screen and in real life.

“I nearly died of embarrassment. Imagine how hard it is having your first snog anyway – but in front of 20 million people.”

Most of her acting roles after the show were in classical theatre.

The Larkins airs on ITV on Sundays from 8pm.