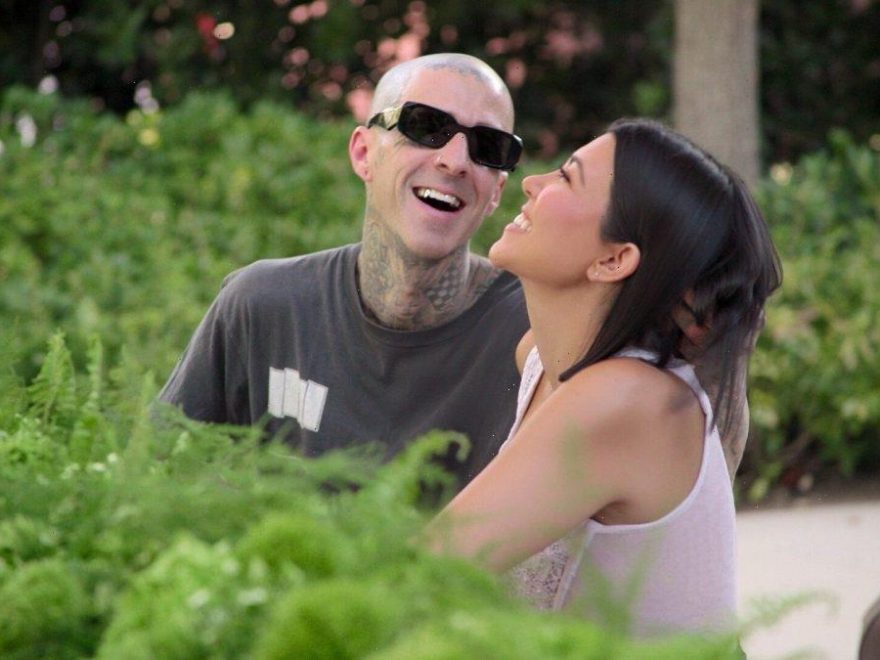 Kourtney Kardashian’s rocky relationship with Scott Disick took up a lot of real estate on Keeping up with the Kardashians. By the end of the series, Kourtney had largely decided she and Scott would never make it work romantically again.

Her next big romance started after the cameras stopped rolling. In January 2021, Kourtney was linked to Travis Barker. Since going public with their relationship, they’ve been canoodling all over the country. In October 2021, Barker proposed. Hulu filmed the proposal for The Kardashians. Hulu will heavily feature the couple’s relationship on the family’s new reality TV series.

When Keeping up with the Kardashians ended, Kim Kardashian was grappling with the state of her marriage. Since the show’s end, Kim has officially divorced Kanye West and has moved on. She is currently dating comedian Pete Davidson.

While Davidson will not be appearing in season 1 of The Kardashians, the romance is mentioned by family members. Kim once insisted she and Kanye had a friendly relationship following the end of their marriage. That appears to have changed. Since Kim and Davidson went public with their romance, Kanye has seesawed between begging Kim to return to him and criticizing her parenting. Instagram suspended West in March. According to Variety, the social media platform took corrective action after West violated the platform’s harassment policy.

Kylie Jenner opted to keep her first pregnancy a secret. In 2017, Kylie refused to acknowledge chatter that she was expecting her first child. Family followers were correct, though. In February 2018, she announced the birth of her daughter, Stormi Webster. The entrepreneur wasn’t as secretive the second time around. In September 2021, Jenner announced her second pregnancy. She gave birth to a baby boy in February.

On the other hand, Khloé has been busy pondering the state of her “situationship” with Tristan Thompson, the father of her child, True. Khloé and Tristan’s relationship has been rife with drama since the beginning, thanks to his wandering eye. He’s cheated on Khloé multiple times. Still, the duo always seems to find their way back to each other. Thompson recently announced he fathered another child while trying to work things out with Khloé.