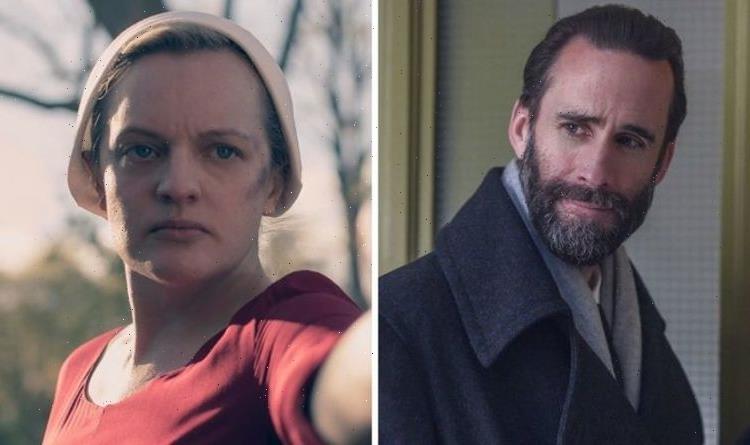 Warning: This story contains spoilers for season four of The Handmaid’s Tale.

The Handmaid’s Tale season four saw the death of one of the main villains of the series since season one of the Hulu show. Fred Waterford (played by Joseph Fiennes) met a savage end when June Osborne (Elisabeth Moss) and a group of handmaiden’s attacked and killed him. But there will undoubtedly be consequences for this, with June likely bearing the brunt of it.

Will June be punished for Fred’s death?

The Handmaid’s Tale season four held nothing back, finally bringing one of the main arcs in the series to an end.

Fred Waterford has been the main antagonist throughout the four seasons of the show, with viewers loving to hate the sadistic character.

After years of horrendous acts of violence and savagery, Fred stumbled into a situation he, for once, couldn’t control.

June and the rest of the freed handmaidens ambushed and killed him, leaving his body as a warning and symbol for others.

However, it is the moments after the attack that has left fans wondering about the future of the series, namely the consequences of the killing.

As Fred was one of the most important figures in Gilead, there is no doubt the ramifications will send shockwaves throughout season five.

June is likely going to feel the full weight of Gilead come crashing down on her and the other freed handmaidens, but one line has caught viewers attention.

Taking to Reddit, user Kitkatquick wrote: “In the final scene, June asks Luke [O-T Fagbenle] to give her 5 minutes with [Emily Althaus] and then she’ll go. (sic)

“What did that mean? Go where? Like leave, as in they’re no longer together?”

In an interview with Elle, Moss explained what was going through June’s mind following Fred’s murder.

Moss said: “She chooses a different way to fight the battle. There’s the version where she fights from Canada and lives at home with Luke and Nichole.

“But there was also the version where she fights for a better future for her daughters and for the future generation.

“There are different ways of doing it, and June’s way is not from that house in Canada.”

However, a second use on Reddit gives another suggestion, that June is safe because of where the attack happened.

Because Fred was killed outside of Gilead’s borders, there is little the nation can do, unless June returns to seek vengeance.

“The way I see it is there should be little to no legal ramifications for what June and the other girls did,” the user explained, “I’m assuming that forest was in some sort of middle ground between Gilead and Canada.”

The user goes on to explain, despite having an incomprehensibly better life in Canada, she is still emotionally linked to Gilead.

That emotional trauma will likely lead to her returning, for better or worse, seeking vengeance but risking punishment.

The finale of season four was shocking and even satisfying for fans of the series, with many of them taking to Twitter to share their thoughts on the cliffhanger.

One fan wrote: “We just finished Season 4 of The Handmaid’s Tale. My god, the show is so good!”

Another added: “I’m in the middle of the last episode of Season 4 of The Handmaid’s Tale. This is RIVETING television.”

“No spoilers, but I just watched the season 4 finale of The Handmaid’s Tale. The world is a little bit more beautiful than it was before,” a third commented.

The Handmaid’s Tale season 4 is available to stream on Hulu in the USA and airs Sundays on Channel 4 in the UK.