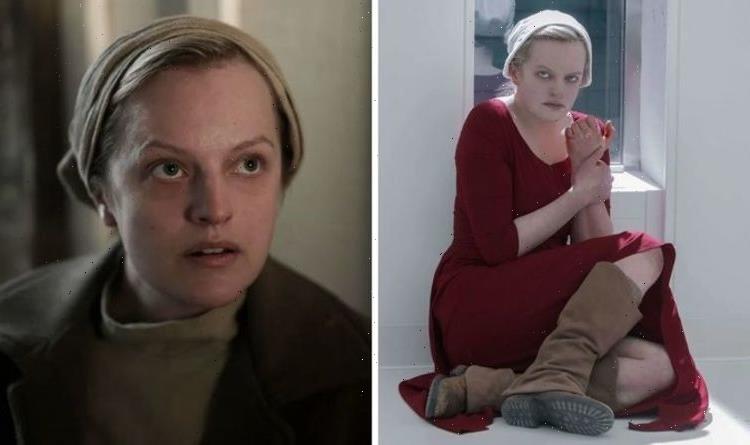 The Handmaid’s Tale continues to raise the stakes as season four finally saw June Osborne (played by Elisabeth Moss) take down one of her biggest obstacles. With it comes a blank slate ahead for June, with her future now only determined by her. But what will June decide to do now following the events of season four’s brutal conclusion?

During the final moments of season four, many fans were left completely shocked when the credits finally hit.

The ending has completely changed the trajectory of the show, opening up endless possibilities for the series.

Now Fred Waterford (Joseph Fiennes) has been killed in a brutal attack by June and a group of other handmaidens, June will have new priorities.

The bulk of the series has been June and others fleeing Gilead in order to escape its oppression and hideously totalitarian regime.

Symbolising everything wrong with the nation, Waterford’s death means season five will see June finally get the upper hand.

During a recent conversation creator and showrunner Bruce Miller on The Deadline Podcast, the issue of June’s future was raised.

“If this is the beginning there is a long violent road ahead that’s not going to have a lot of room for husbands, babies, and friends.”

This implies the fifth season of the series could be the most explosive yet, which would be in line with the way the show has been heading.

But, keeping his cards close to his chest, Miller also suggested the series could go in the opposite direction.

Miller continued: “If there isn’t that hard road ahead then she will have to divorce herself from that idea.

It looks like June will have to make a choice in season five about what she wants most and this will determine the future of the series and her character.

As usual, the truth about her future will likely lie somewhere in the middle, with the character struggling to reconcile these two disparate paths.

Fans of the series still can’t get over the shocking finale of season four, with many of them taking to Twitter to share their reactions.

One fan wrote: “When you finally finish season 4 of The Handmaids Tale. WHAT AN ENDING.“

Another commented: “I just finished The Handmaid’s Tale season 4 and I am actually speechless absolutely zero words.” (sic)

A third posted: “Finally caught up with The Handmaid’s Tale season 4, I’m not saying the finale was a feel good episode, but it was.”

The Handmaid’s Tale is available to watch on Hulu in the USA and Channel 4 in the UK.