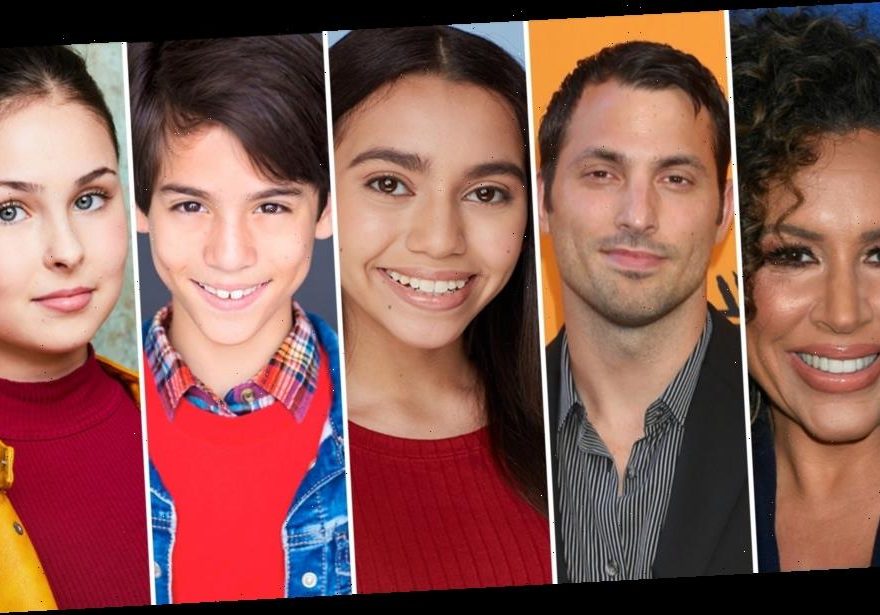 They join newcomer Olivia Goncalves, who will lead the comedy written by Claudia Forestieri and directed by Eva Longoria.

The Gordita Chronicles centers on Carlota “Cucu” Castelli (Goncalves), a willful 12-year-old Dominican immigrant with a heart of gold. Cucu leaves her home and her parochial school in Santo Domingo to live in Miami and pursue the American Dream during the hedonistic 1980s after her father, a marketing executive with a large airline, gets transferred there. Cucu meets head-on the challenges of being an immigrant in a strange new world with humor, bravado and some really bad choices.

Riva will appear as Adela, Cucu’s mom. The actress appeared as Detective Ana Perez in Netflix’s Dead to Me, and acted alongside Kal Penn in Sunnyside. Her additional roles include Man with a Plan, Kajillionaire, and McFarland, USA.

Cardenas takes on Victor Castelli, Cucu’s dad. He played Dante in The Walking Dead and Ben in S.W.A.T. His credits also include Snowfall, Damnation, Scandal and Lusa.

Ruiz will appear as Emilia, Cucu’s older sister. High School Musical: The Musical actor Noah Rico joins the cast as Yosmel “Yoshy” Hernandez, a Cuban refugee and Cucu’s ﬁrst friend in Miami. He is repped by The Osbrink Agency and Doss Talent.

Lastly, Hauer joins as Ashley, a needy go-getter desperate to ﬁt in, but nevertheless always sticks out. she is repped by Randy James Management & Paradigm Talent Agency.