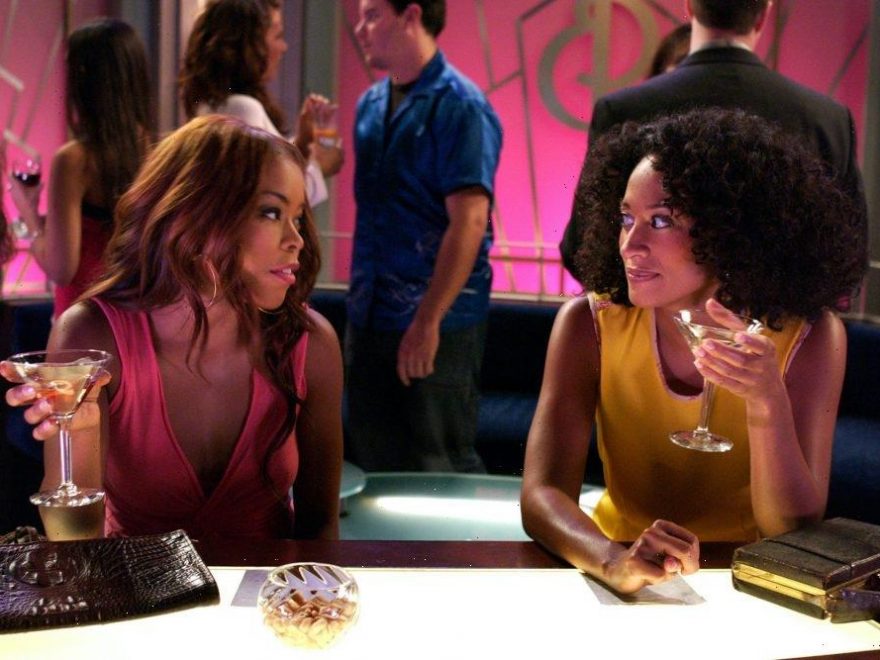 Girlfriends broke down barriers for women on TV when it aired in 2000. The show featured four Black women navigating life and romances. Throughout its eight-year run, the sitcom managed to acquire a significant viewership and has remained a classic.

The series ended suddenly in 2008 after the writers’ strike and not due to the reduced quality. The prominent cast members reunited after twelve years, and they shared a lot of insider secrets about their time on the show, including when they had braces.

The characters grew throughout the series

Girlfriends openly dealt with serious social issues like colorism, sexuality, and domestic violence. However, all this came at a high cost. According to ET Online, Akil had to fight behind the scenes to allow the women to openly discuss sexuality and Tracee Ellis Ross to be allowed to wear her naturally curly hair on screen.

When the show first began, the characters were, simply put, shallow. However, as the show progressed, the showrunners began giving the ladies a lot of depth and made them relatable in every sense of the word. For example, at the beginning of the show, Toni was depicted as materialistic, but as the series went on, she found love and realized there was much more to life than money.

Joan let go of her obsession to make partner at her law firm and decided to quit her high-paying job to pursue her passion. Lynn started showing more responsibility than earlier, even getting a job. Maya grew out of her stereotypical mannerism and became more polished and accomplished as she became a self-help author.

When the lead women reunited in 2020, they spilled some heavy behind-the-scenes secrets. One of the secrets included the fact that the ladies liked to flash each other in their dressing rooms. The women also made fun of their hairstyles by saying, “you could tell what we were going through by our hairstyles.”

Actor Jill Marie Jones (Toni) let out that several of them wore braces early on. She said, “we had full-on braces, and even though they were the clear kind—which were meant to be invisible to viewers–you could tell something was off.” Girlfriends arrived on Netflix in July 2020 alongside other sitcoms like Sister Sister, The Parkers, Half & Half, and Moesha.

Girlfriends debuted in 2000 on UPN

Girlfriends centered on the lives of four Black women Lynn, Toni, Joan, and Maya, trying to navigate their love lives, careers, relationships with each other, and family obligations. The four women came from different backgrounds, and although they each had different experiences, they always found common ground with each other through their womanhood.

The show was so popular that it birthed a spinoff in 2006 called The Game. The Game was also successful in its own merit as it ran until 2015. Girlfriends proved to be network gold, and even when the show moved to The CW in 2006, it still attracted legions of viewers every week. As popular as the show was with audiences, it came to an abrupt end in 2008.

Fans were left with plenty of questions after Girlfriends concluded its eight years run in the most abrupt of endings. Many wondered why the show was canceled, and as it turns out, the ratings had nothing to do with its cancellation.

Fans hoped that the showrunners would give the characters a fitting ending but that never came to be. Not only had the writer’s strike caused the premature conclusion of Girlfriends, but the producers also decided that creating another episode would be too expensive and ultimately decided to bow out on a high.

The series creator Mara Brock Akil mentioned that she was looking into bringing back the characters for a tribute episode, but sadly the plans never materialized, and the episode that aired on February 11, 2008, was the show’s last.