Spoilers for Game of Thrones Season 8 Episode 5, “The Bells,” below.

We’ve finally made it: The last-ever episode of Game of Thrones is nigh, and the teaser is actually more dramatic than anyone could’ve expected. And that’s without any dialogue.

But first, a quick recap of the positively bonkers penultimate episode: Varys betrayed Daenerys; Daenerys executed Varys; Daenerys attacked the Iron Fleet with Drogon, then turned to King’s Landing; the King’s Guard surrendered, but Daenerys decided to take out the entire city; Dany’s army attacked the surrendered and pillaged the city, murdering thousands of innocents, as Tyrion, Jon, and Arya watched in horror; the Hound and the Mountain took part in Cleganebowl, completely unnecessarily, and both died; Cersei and Jaime died as King’s Landing collapsed around them.

So, back to the teaser. It opens with Tyrion walking through the wreckage of King’s Landing, horrified. He’s worked so hard to avoid all this. 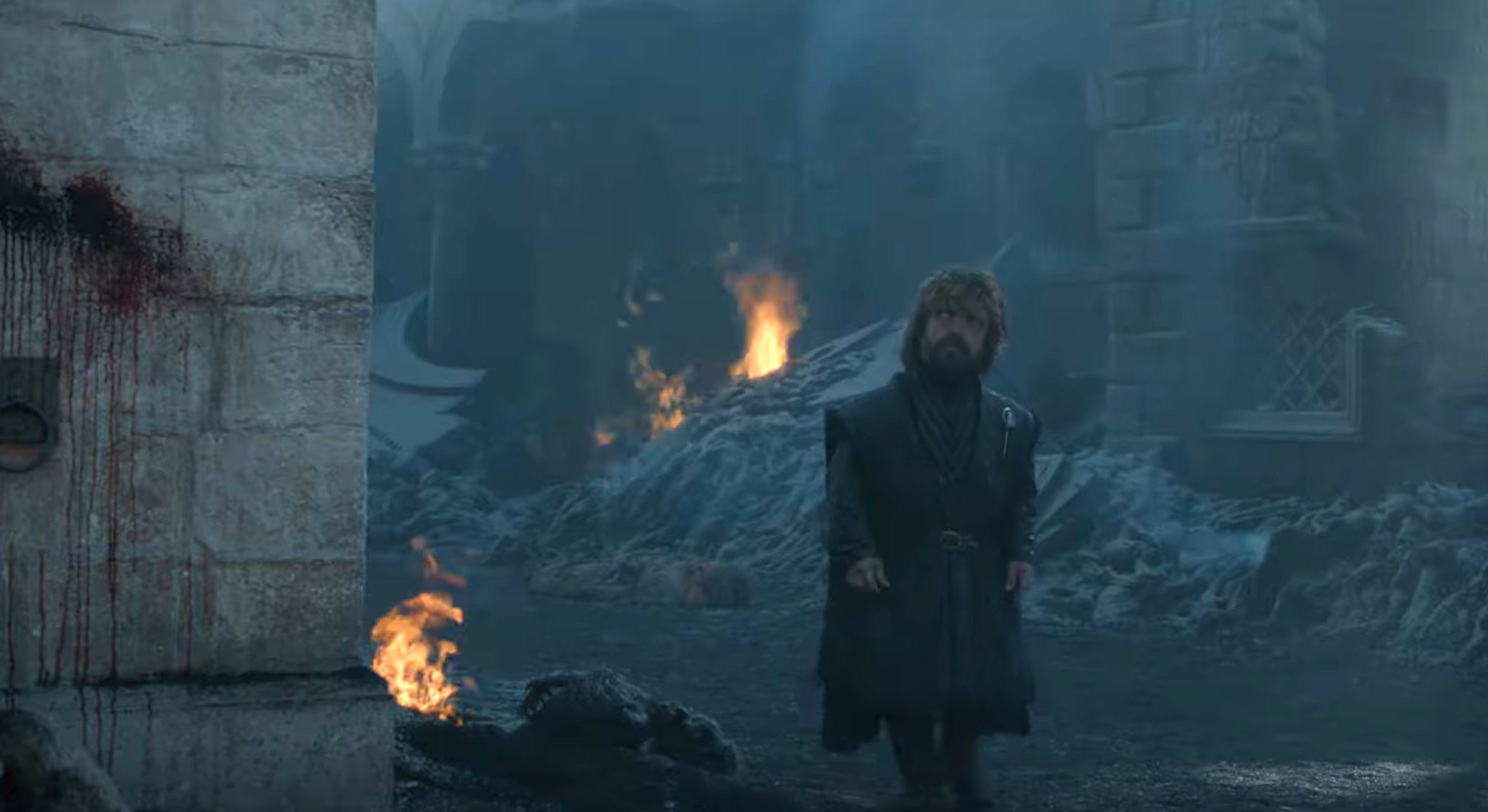 Then the trailer cuts to Arya, who has her “shit’s about to go down” face on: 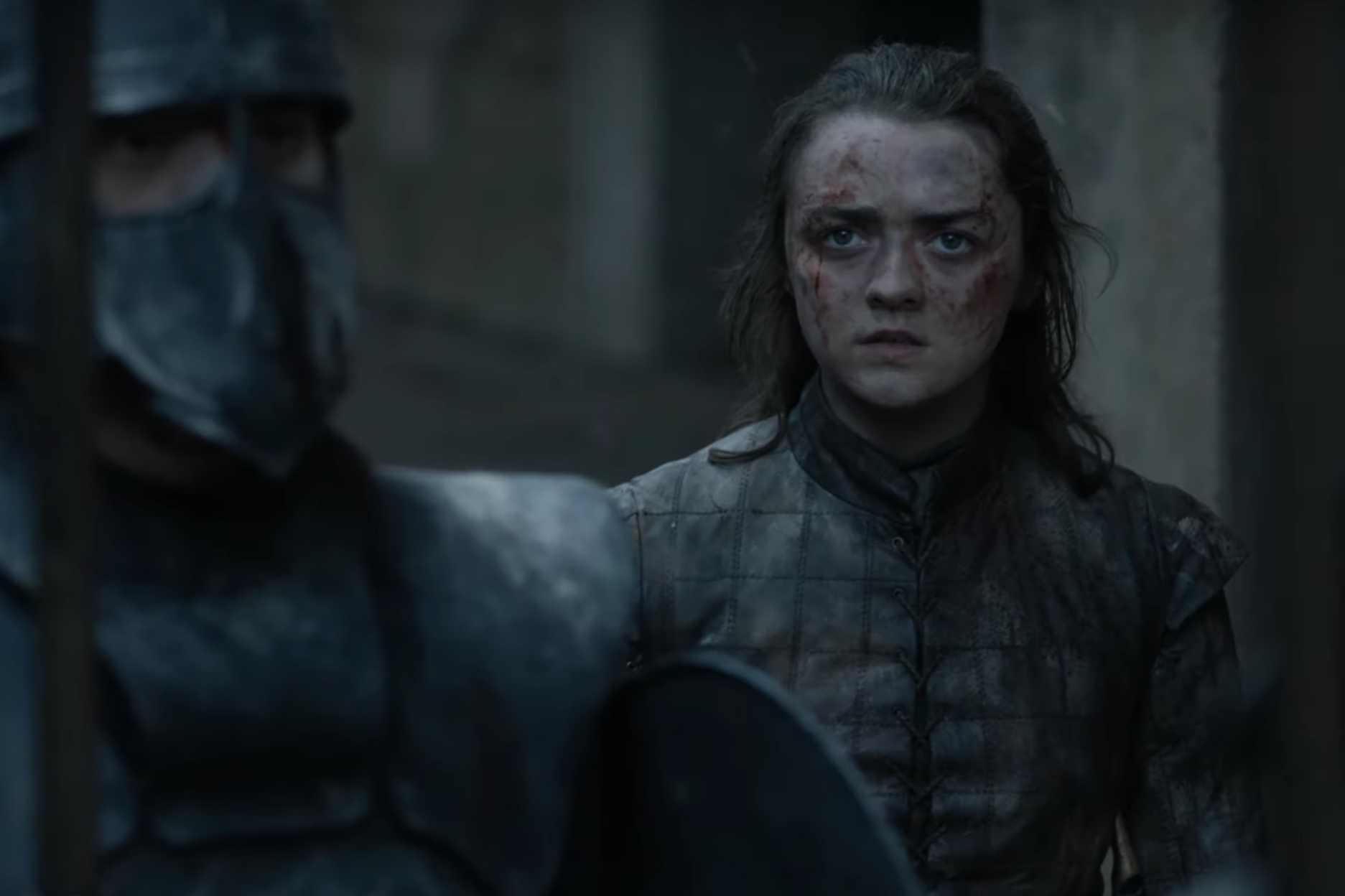 Back to Tyrion, in a beautifully-framed shot (that snow is, indeed ash): 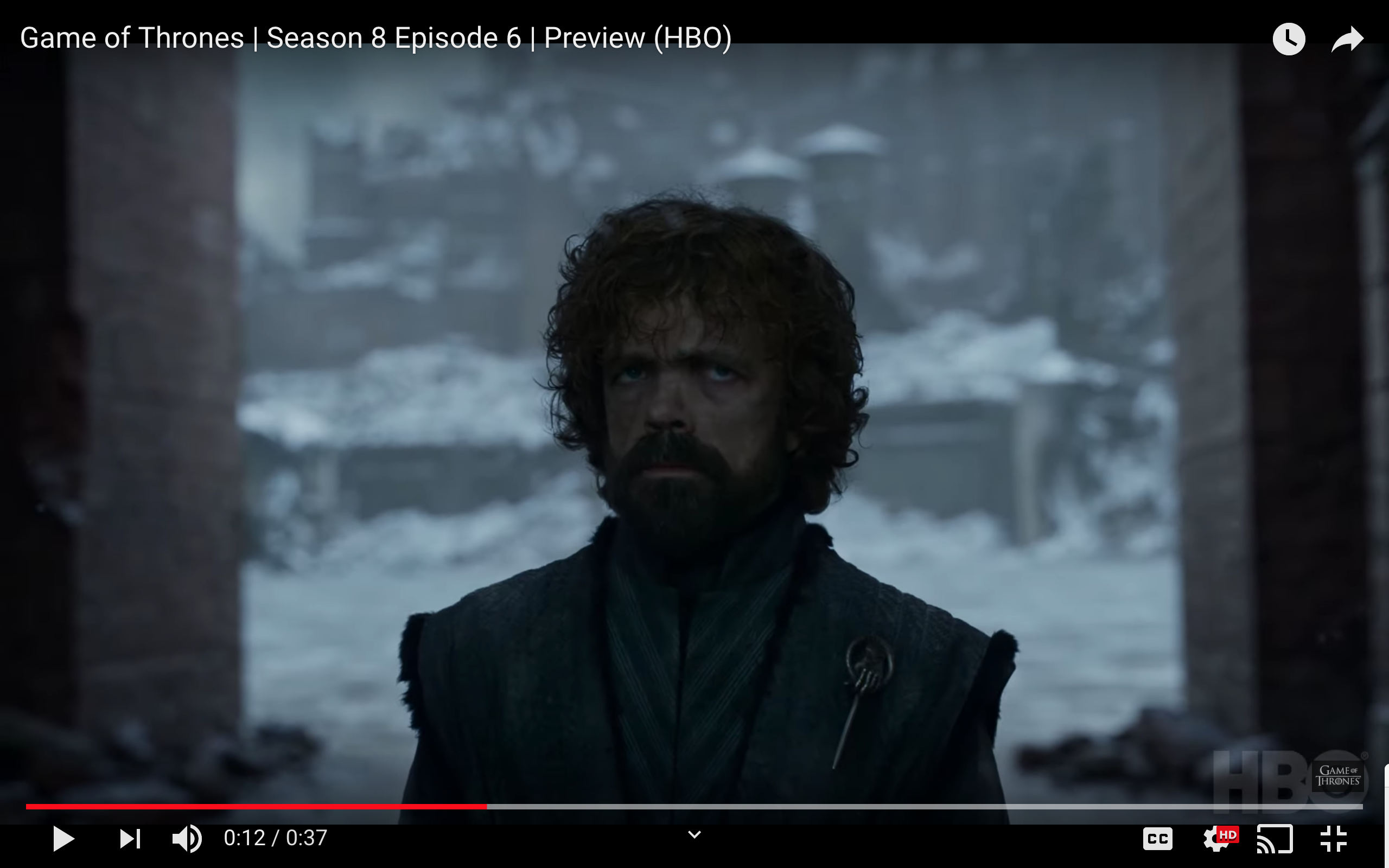 Then a cut to the Dothraki, ready to fight: 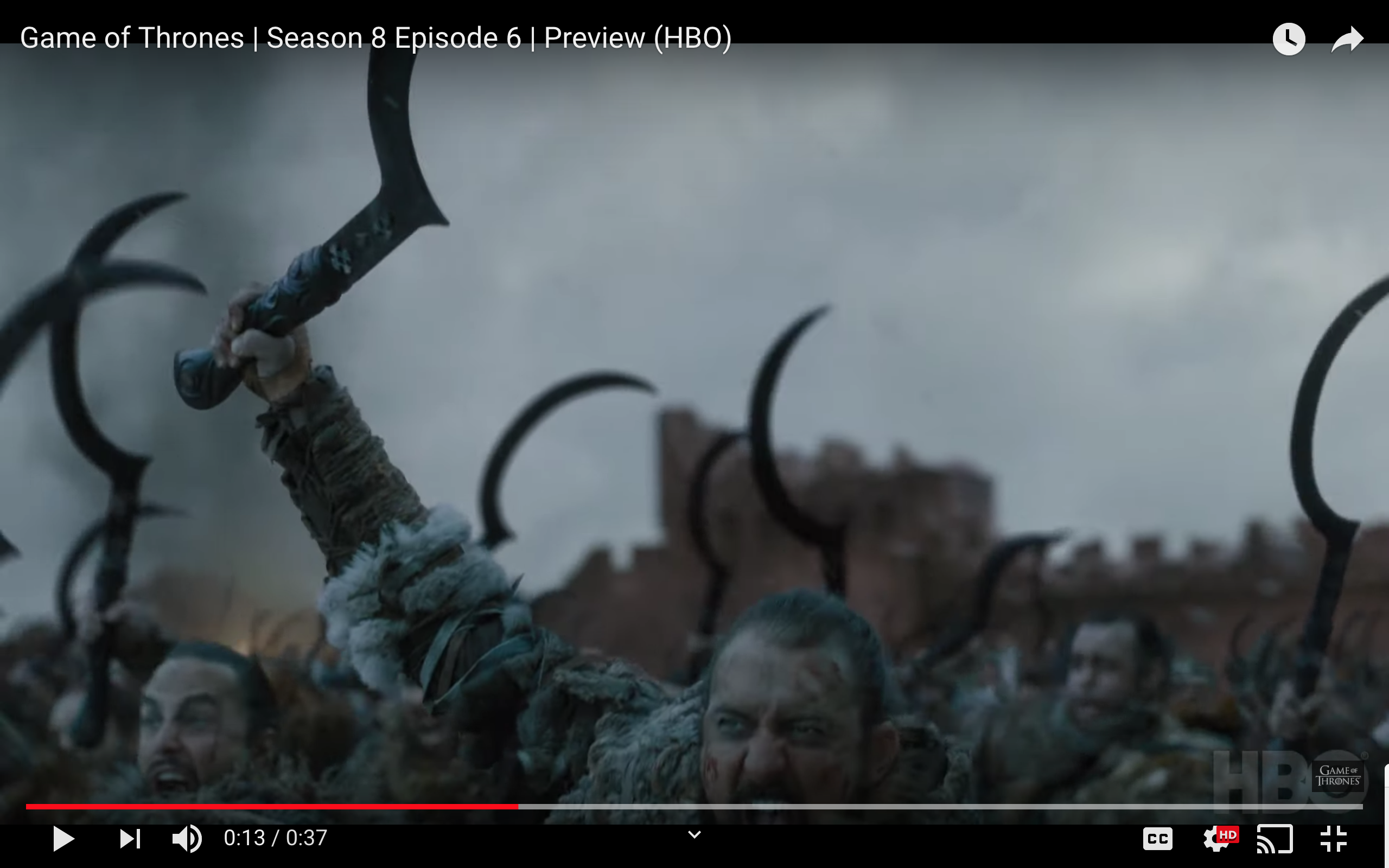 And finally, a shot of Daenerys overseeing her troops, an indication that we’re in for one final battle.

As we saw moments ago, some people just like to watch the world burn.

The series finale of Game of Thrones airs Sunday, May 19 at 9 p.m. EST on HBO.