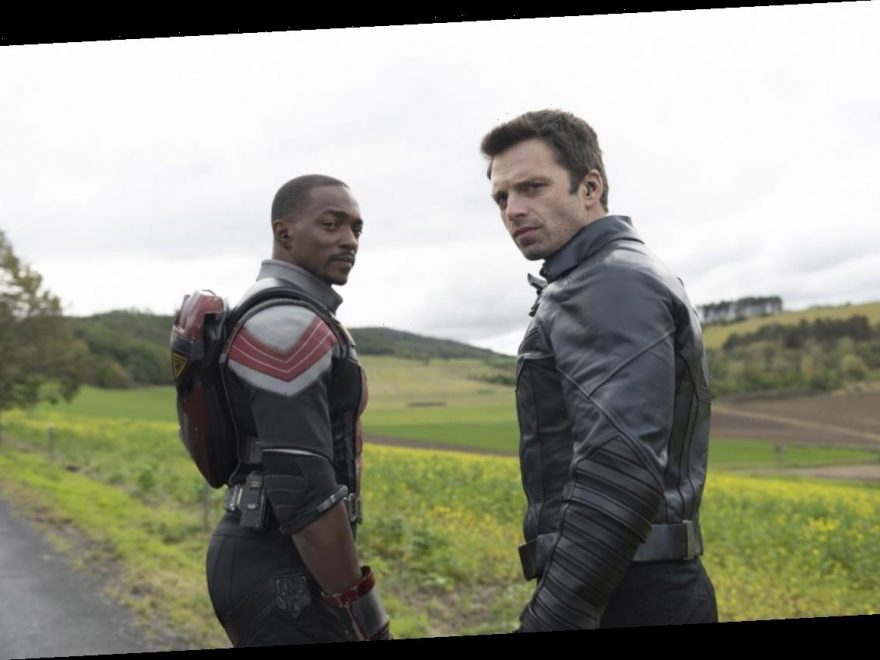 Three episodes into Marvel’s The Falcon and the Winter Soldier, the reaction has been overwhelmingly positive, so far. According to star Sebastian Stan and writer Malcolm Spellman, it’s only going to get better.

Stan teased viewers by saying they won’t want to miss episode four. While Spellman promised that a surprise character is coming in episode five.

As the second Marvel series to hit Disney+, The Falcon and the Winter Soldier is currently at the halfway point of its six-episode run. So far, the first three episodes have ended with cliffhangers. According to Stan (Bucky Barnes/Winter Soldier), episode four will also have a cliffhanger. And, it’s probably the best.

Screen Rant reports that Stan wouldn’t reveal any details about what’s coming next while speaking with MTV Asia. But, he did say viewers won’t want to miss episode four.

“We have our own sort of moment that we end on that kind of keeps you going about what’s going to come next,” Stan explained. ‘But I would say episode 4 is probably a very strong one.”

Marvel goes to great lengths to keep the details of their projects a secret. But, they don’t mind it when their writers, directors, producers, and actors act as hype men for what’s coming next.

During an interview with ComicBook.com, Spellman wouldn’t reveal any details about the upcoming episodes of The Falcon and the Winter Soldier. But, he did admit that the episode he is most excited for fans to see is episode five.

“Hands down, five, it just gets real. And five, you’re going to cry,” Spellman promised.

In a separate interview with Rotten Tomatoes, Spellman talked again about episode five. He says there is a surprise character coming who he considers to be the “episode five character.” He says this character has a “strong” personality, and he would like to see this individual side-by-side with Thor (Chris Hemsworth).

Is this another fakeout?

Marvel fans will remember that during the run of their first series on Disney+ — WandaVision — there was a lot of talk about cameos and possible plot twists. But the number of red herrings in the series didn’t sit well with everyone.

Is Stan’s promise of episode four featuring the best cliffhanger and Spellman’s reveal that episode five is a tearjerker setting up expectations that they can’t possibly meet? We’ll just have to wait and find out.

There is still a lot of story left to be told, and still a number of questions that need answered. Marvel has promised a deep dive into the Captain America mantle, and that will most likely be the focus in the final three episodes.

‘The Falcon and the Winter Soldier’ release dates

The buddy-adventure series starring Stan and Anthony Mackie (Sam Wilson/The Falcon) has already aired three action-packed episodes on Disney+. The series took over for WandaVision after it concluded its nine-episode run. And, new episodes are arriving on the streaming platform every Friday.

Episode four of The Falcon and the Winter Soldier will drop on Disney+ on Friday, April 9. Episode five will arrive one week later on April 16. The finale will hit the streamer on April 23. The expected runtime of each episode is between 40 and 50 minutes.