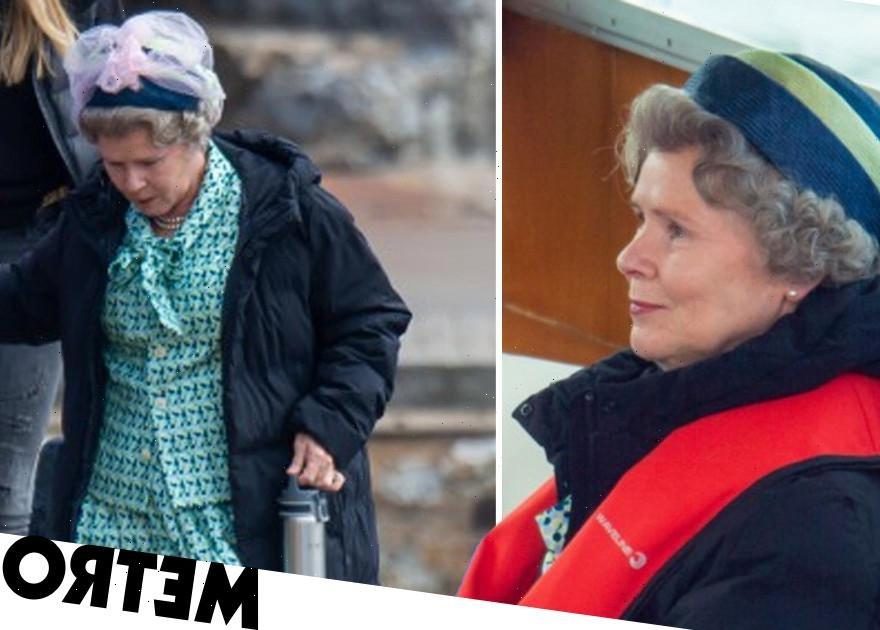 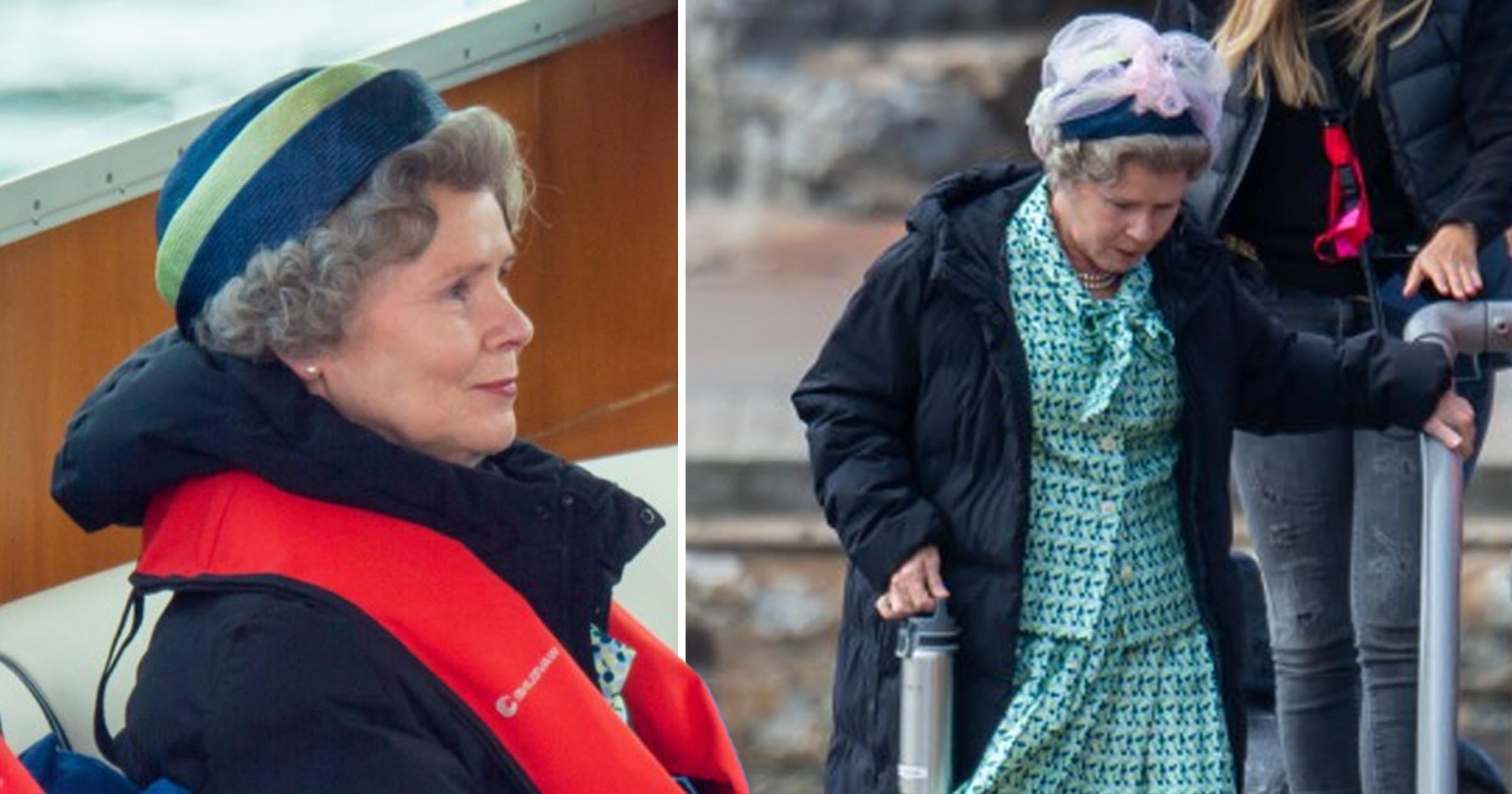 The Crown’s Imelda Staunton has been spotted filming scenes as Queen Elizabeth II in the first pictures to emerge from the set of the upcoming fifth season.

Just days after Netflix released official photos of Imelda in action as the Head of State, the new addition to the cast was pictured boarding a royal boat in Macduff, Scotland.

The Harry Potter star was seen wearing a matching turquoise blouse and skirt, black Hunter boots and an understated pearl necklace with a signature hat completing the look.

The actress’s hair was also expertly styled for the scenes and was protected from the elements by a hairnet, which was removed once she was she was safely inside.

Imelda sported a huge jacket over the top of her blue ensemble to keep warm in-between takes and she clutched onto a thermos as she climbed on board the vessel.

Netflix is yet to announce the role he plays in the series.

Imelda takes over as the Queen from Olivia Colman, 47, who has portrayed the British monarch for the past two seasons.

Earlier this year, Imelda admitted she was ‘terrified’ to take on the challenge of portraying the modern-day Queen, with the final sixth season of The Crown set to bring the tale of the royal family up to the present day.

‘When Claire Foy was in the first series, to all of us that felt like history,’ she told The Sun’s Bizarre.

‘Then following on from that with Olivia Colman, again it seems like history.

‘Now we start in 1991 playing someone much more recent. That’s the extra challenge I have, people saying, “Oh, I don’t think she’s like that at all”.’

The Crown airs on Netflix.