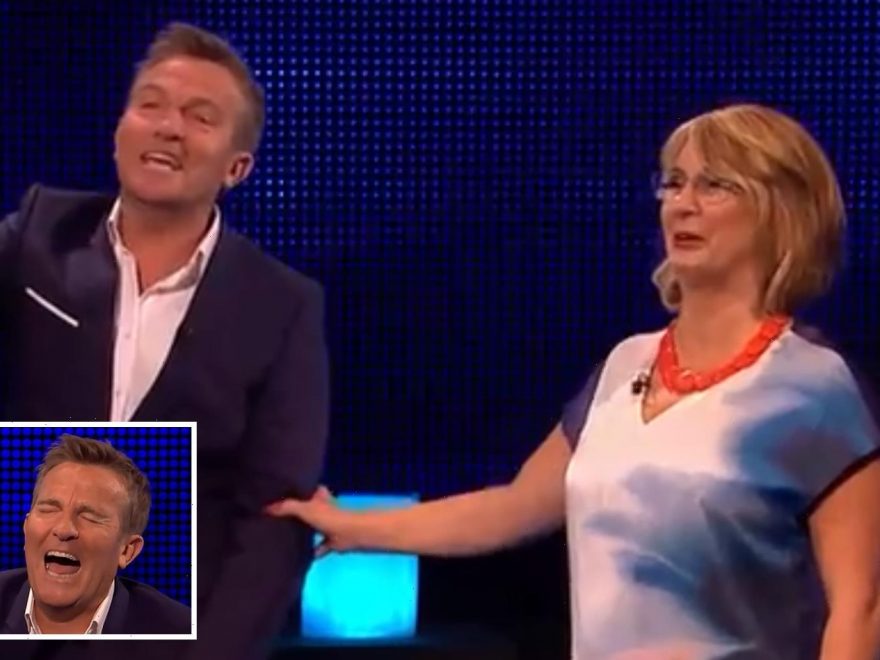 THE Chase's Bradley Walsh was left in absolute hysterics after reading out a question about a very famous man "touching himself".

The quiz host, 60, completely lost it, when faced with a question about Lord Nelson. 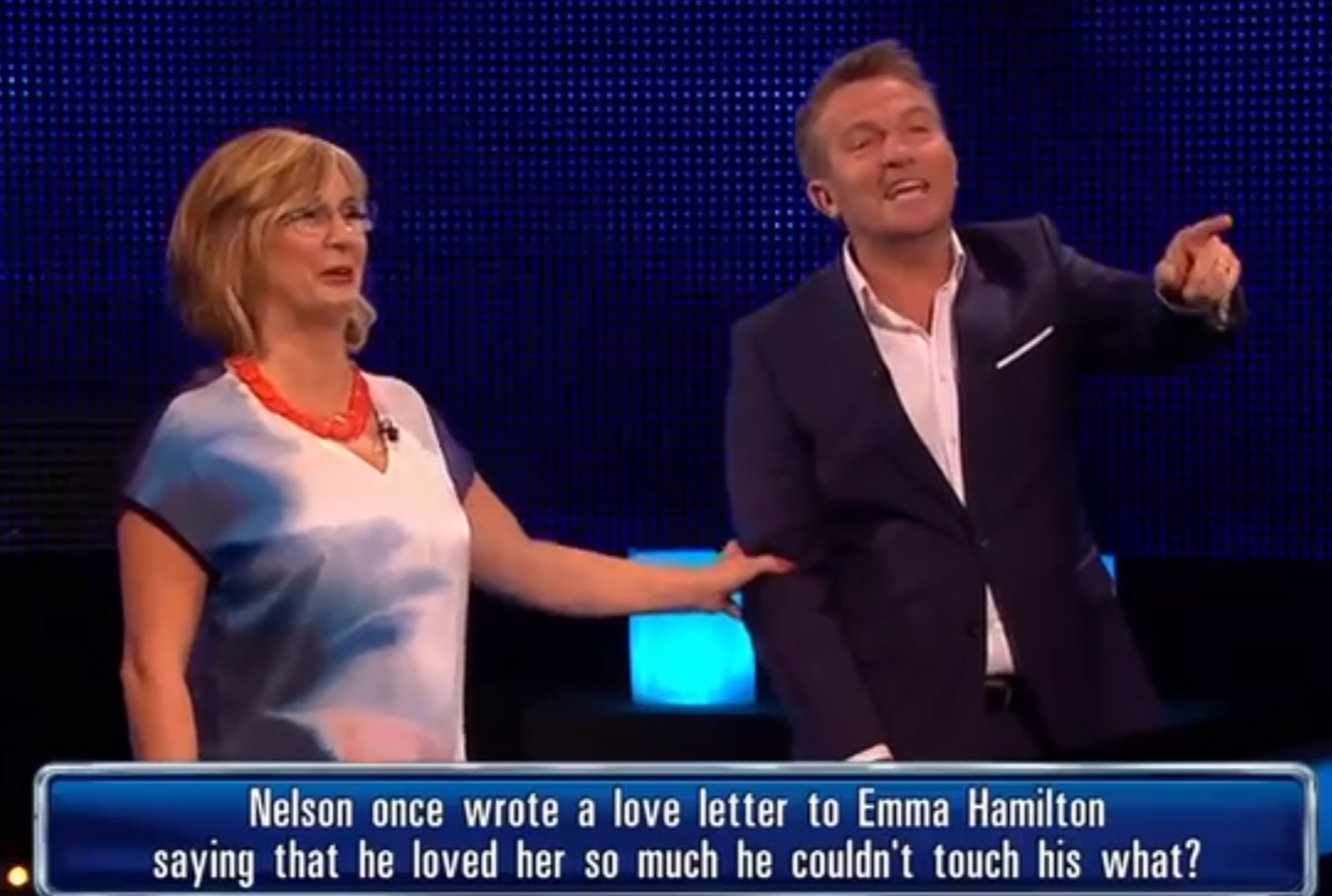 The TV star is known for his laughter outbursts, but nothing compared to this.

It all happened when the contestant stepped up to face The Chaser Sinnerman.

Bradley couldn't contain his giggles as he read out the first question.

The host asked the contestant: "Nelson once wrote a love letter to Emma Hamilton saying that he loved her so much he couldn't touch his what?" 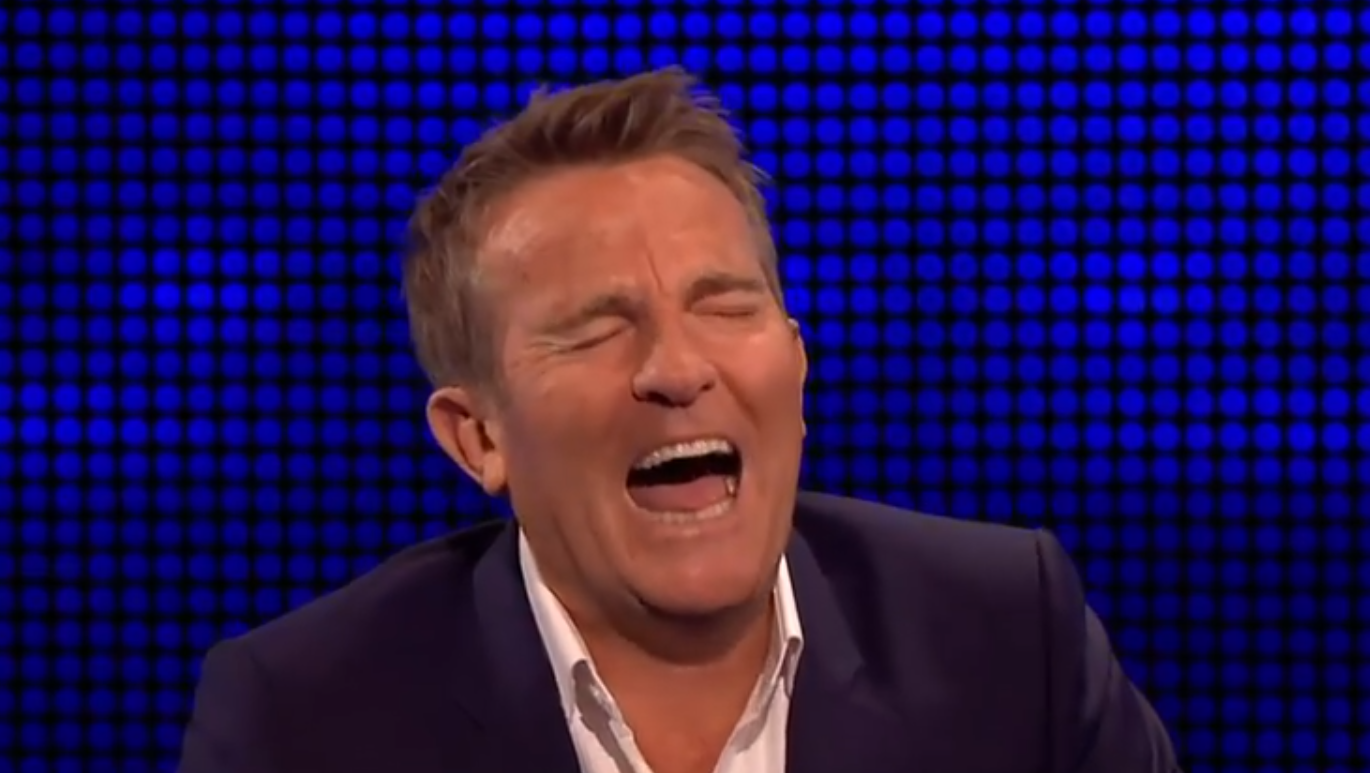 Bradley was then in complete hysterics when he read out the mutliple choice answers, which were "port, Pudding or plums".

Bradley is known for his hysterical outburst on the hit ITV teatime quiz show.

Earlier this year he was left crying with laughter after a contestant said that Arnold Schwarzenegger was a "historic fugitive who dressed as a woman" in an epic gaffe.

Marine engineer Richard made the blunder during the cash builder segment, with Bradley unable to hide his shock.

As Richard's time on the clock drew to an end, the presenter asked: "Which historic fugitive dressed as a woman and called himself Betty Burke?"

Bradley gave the correct answer of "Bonnie Prince Charlie" before professionally moving onto the next question.

However, the second Richard's time ran out, the star exclaimed: "Arnold Schwarzenegger?!" as he burst into fits of laughter.