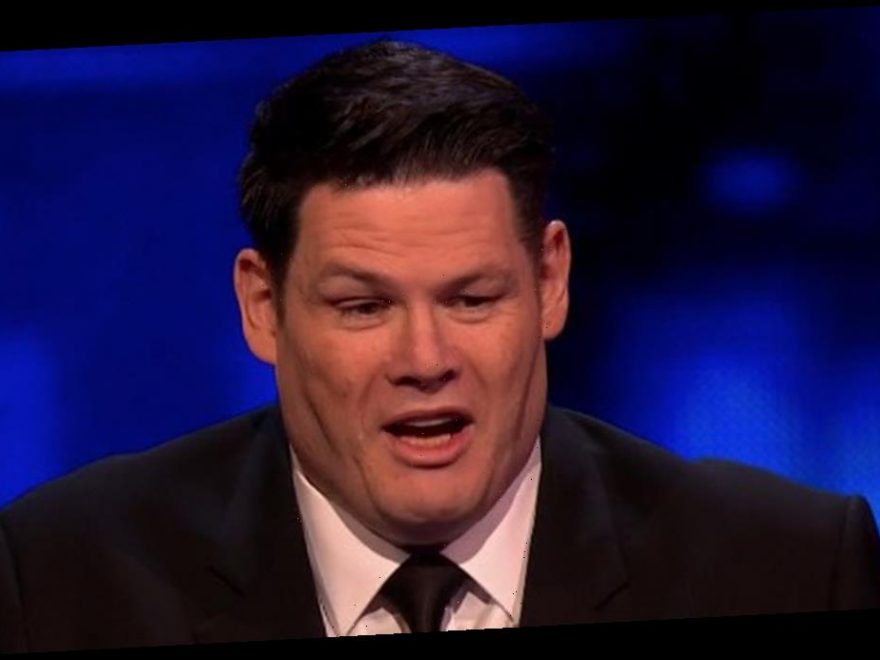 The Chase's Mark Labbett has always embraced his nickname on the popular quiz show, but it now looks like "The Beast" may need a new one after losing a staggering 10 stone.

Mark first appeared on the ITV show in 2009 and standing at a ginormous 6 foot 9 inches he was always going to be an imposing figure.

However, like so many he has always craved to be that little bit lighter and healthier.

And now the brainy quizzer has revealed details behind his incredible weight loss after he dropped from 29 stone to a really impressive and envious 19 stone.

After years of ordering customised clothes to cater for his weight and height "The Beast" can finally pop into his local Marks and Spencer and buy what he fancies off the peg.

Mark told the Sun: “I’m now under 20 stone, and I am really feeling the difference, as well as seeing it.

“I’m now down to a 44-inch waist, my chest is 54 inches, while my neck measurements are down to 19 inches, which is fantastic for me and the top end of a normal man’s range.

“My knees really feel the difference. I will never be athletic again but I just move so much better for not carrying that extra weight.”

Mark achieved his tremendous goal through hard work and dedication with walking, cutting out sugar and two meals a day his secret formula.

Mark has Type 2 diabetes and was bullied at school for his imposing frame, the “Incredible Hulk” and “Honey Monster” were just two of the cruel names that became part of school life.

Want all the latest shocking news and views from all over the world straight into your inbox?

We've got the best royal scoops, crime dramas and breaking stories – all delivered in that Daily Star style you love.

Our great newsletters will give you all you need to know, from hard news to that bit of glamour you need every day. They'll drop straight into your inbox and you can unsubscribe whenever you like.

Unfortunately, Mark will have to wait until April 17, when non-essential shops can reopen, for his first big clothes shop.

“As soon as the shops open again, I’m due to do a mega-shop of all the big high street stores because I can now wear Marks & Spencer’s trousers and chinos in an XL," he added.

“It’s the first time I’ve been able to buy off-the-peg in as long as I can remember. I actually ordered a load of sweatpants from M&S but they accidentally sent me some 36 to 38-inch waist ones instead but, shock horror, I could fit into them."