After a less than stellar faculty party, season 1 of The Chair returns with episode 3, “The Town Hall.” Once again Sandra Oh’s Dr. Ji-Yoon Kim’s new job as chair of the English department is not going well. This episode of the Netflix original series sees Ji-Yoon get an unwelcome surprise from the dean’s wife. Meanwhile, professor Bill Dobson’s (Jay Duplass) situation goes from bad to worse. 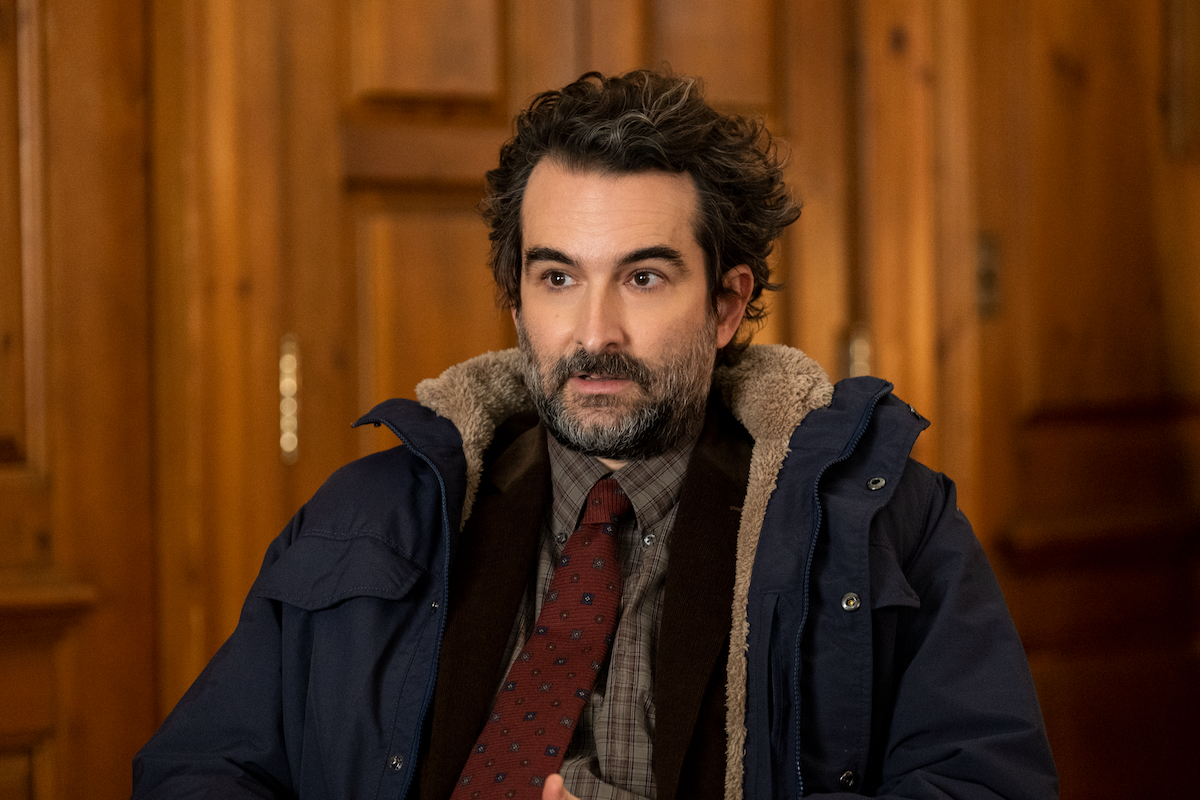 The premiere episode of The Chair ended with Bill doing a Nazi salute during a lecture. A few of his students caught it on camera and in the episodes since it’s created a serious problem for Ji-Yoon and the university.

“The Town Hall” opens with Bill and Ji-Yoon having a meeting with dean Paul Larson (David Morse). He advises Bill to release a carefully worded public apology with help from someone in the university’s communications department.

Defying Ji-Yoon’s advice to take the situation seriously, Bill tells the dean he won’t “validate the absurdity” by putting out a statement. He says they should be proud of the students and encourage them to talk freely. When Bill leaves in a huff the dean informs Ji-Yoon the president of the university may ask for Bill’s resignation.

Ji-Yoon makes it clear she’s upset with Bill after the meeting. She says he’s not considering the consequences of his actions. 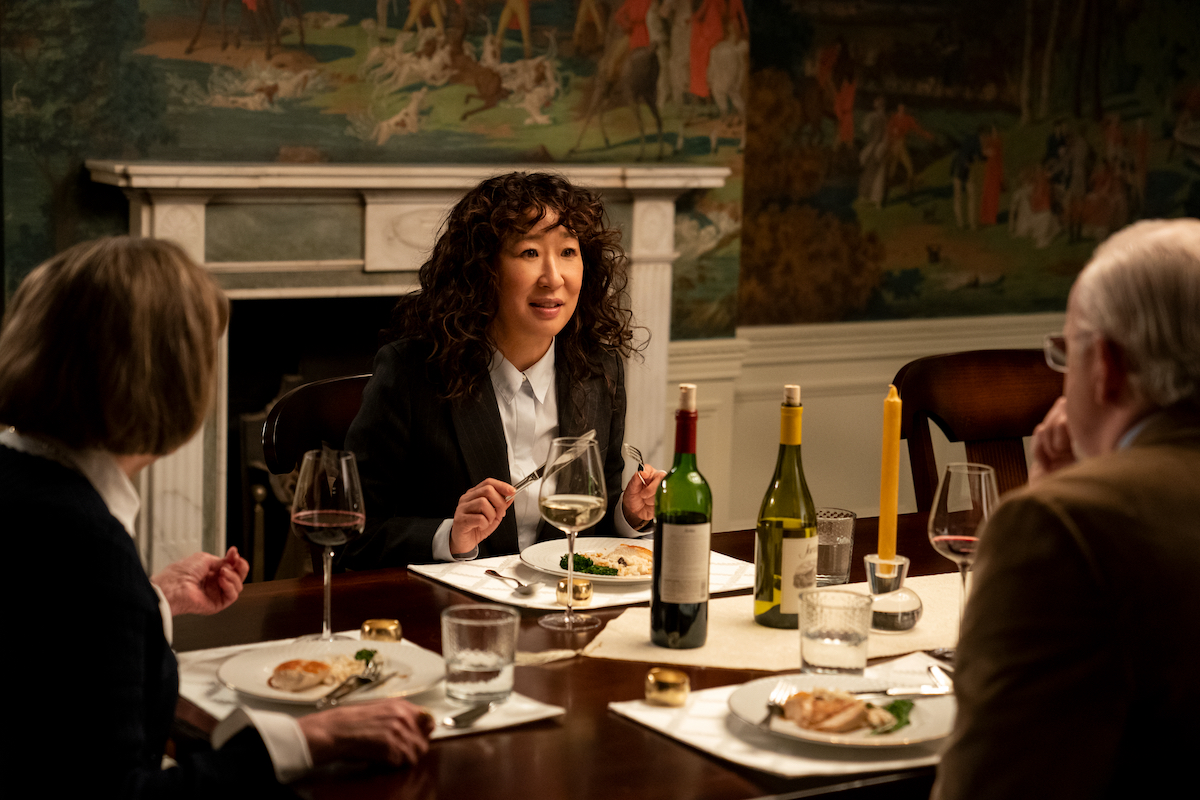 Ji-Yoon is in for a surprise when she goes to the dean’s house for dinner. It starts off pleasant enough with the dean’s wife telling her how thrilled she is to see the English department get their first woman chair.

Moments later things take a turn. Ji-Yoon discovers the dean’s wife has selected the person who will give the distinguished lecture. Her pick? Actor David Duchovny (The X-Files alum plays a fictionalized version of himself).

Upset, Ji-Yoon says picking the person to give the lecture is something the chair usually does. She also notes she’s already announced her selection. She gave the post to the popular and progressive professor, Yaz McKay (Nana Mensah).

But all of that doesn’t matter. Duchovny’s giving the lecture as far as the dean’s concerned and Ji-Yoon has to find him an office. 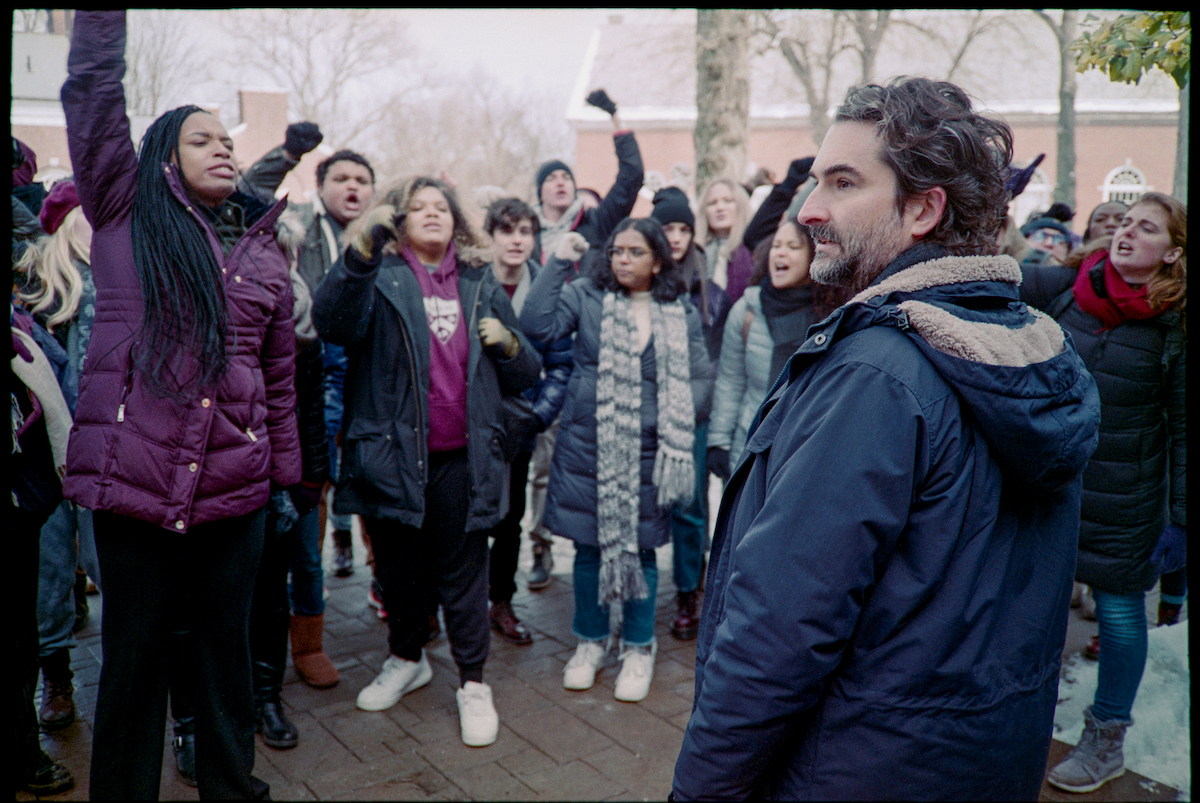 RELATED: ‘The Chair’ Is Sandra Oh’s Own Form of ‘Activism’

After his meeting with the dean and Ji-Yoon Bill comes up with his own way to respond to his current predicament. Instead of releasing a statement, he comes up with the idea to host a town hall in the quad. He puts up signs on campus and encourages students to attend.

Bill talks to the students but things go bad quickly. When the students tell him to say sorry for doing a Nazi salute in class he gives a halfhearted apology. The reaction? Booing from the crowd.

To make the situation worse the students don’t take kindly to the presence of Ji-Yoon or the dean. Then police arrive — the dean requested they be there unbeknownst to Bill — and the students are outraged.

The Chair Season 1 is streaming on Netflix.