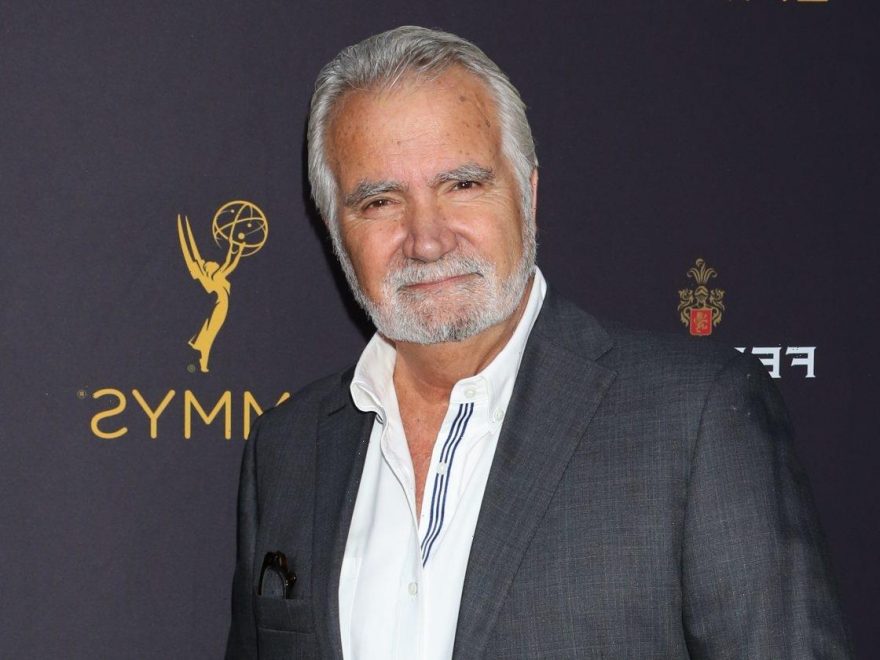 The Bold and the Beautiful star John McCook is an integral part of the CBS soap opera. Since the show’s premiere in 1987, McCook has been entertaining fans with his portrayal of Eric Forrester. While Eric deals with lots of drama onscreen, McCook’s life is quiet. However, the actor’s recent comments about the show’s writing are generating buzz.

As the Forrester patriarch, Eric’s dealt with lots of family drama on The Bold and the Beautiful. Recently, the Forresters suffered a massive crisis after Steffy Forrester (Jacqueline MacInnes Wood) was shot. Friends and family gathered at Steffy’s bedside as she thought for her life. Yet, Eric was nowhere to be seen.

While Eric couldn’t be bothered to visit Steffy, he did find time to fool around with Donna Logan (Jennifer Gareis). As seen last week, Eric and Donna are having an affair behind Quinn Fuller’s (Rena Sofer) back. Eric and Donna’s rendezvous is creating a lot of talk in the soap opera community. Many fans believe it’s ridiculous Eric spent his time with Donna instead of seeing Steffy.

Viewers aren’t the only ones upset with the show’s decision. On the May 6th episode of BOLD Live, McCook was a guest and spoke out about Eric’s absence from the hospital scenes.

McCook’s comments seem to echo the thoughts of many fans. In recent years, the show has faced criticism for its lazy writing. Many viewers are becoming frustrated between recycled storylines and the destruction of lovable characters. As it turns out, other The Bold and the Beautiful stars feel the same way as McCook.

Scott Clifton, who plays serial waffler Liam Spencer, has spoken out about his character. While Liam’s portrayed as a hero, many consider him a villain because he toys with the affections of Steffy and Hope Logan (Annika Noelle). The actor understands the fan hatred toward Liam and tweeted, “I want to choke Liam as much as y’all do. He’s become a terrible person.”

Matthew Atkinson is another actor vocal about his character’s portrayal. In 2021, Atkinson posted on Instagram that Thomas should have full custody of his son Douglas Forrester (Henry Joseph Samiri). He also called for his character to find a new love interest who doesn’t work at the Forrester Creations office.

McCook’s comments come one day after the 2022 Daytime Emmy nominations. While McCook and his The Bold and the Beautiful co-star Kimberlin Brown received acting nods. The show also got a nomination for Outstanding Drama Series. However, they were missing from the Writing category.

Beyond Salem, the Days of Our Lives spinoff beat out The Bold and the Beautiful to score a nomination for Writing. The Academy’s decision to nominate the limited series speaks volumes. There’s no doubt the show will earn an Emmy nod next year for its recent storyline of Sheila Carter (Brown) shooting John “Finn” Finnegan (Tanner Novlan).

While the plot twist caused shocking reactions and high ratings, fans feel the show is getting back to predictability. Viewers already know more dreaded love triangles, and repeating the same plots is already coming. Maybe the writer should listen to McCook and the rest of the cast to improve the show.