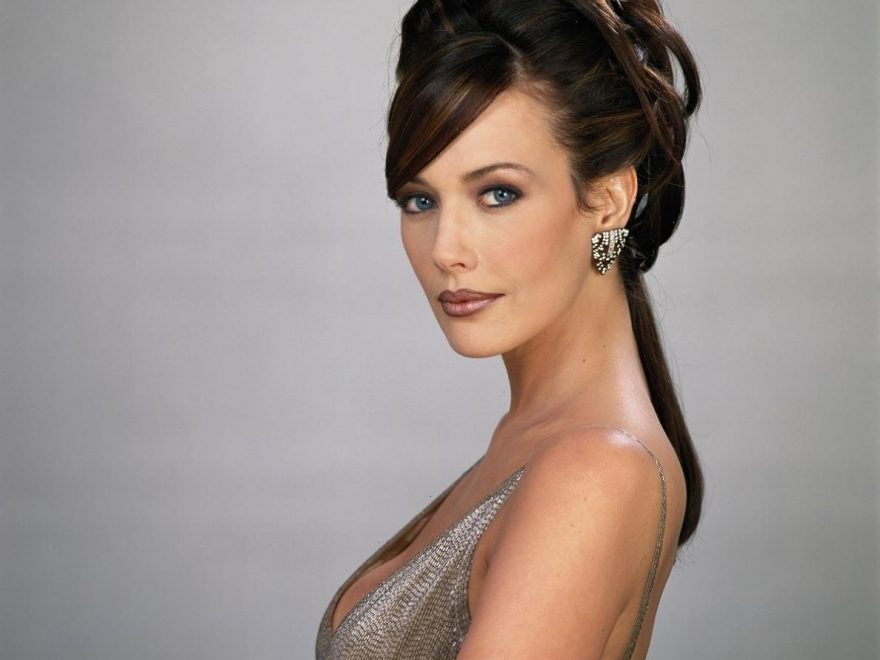 The Bold and the Beautiful couple Taylor Hayes (Hunter Tylo) and Ridge Forrester (Ronn Moss) were iconic. Viewers fell in love with the couple from the moment they met in 1990. Dubbed Tridge by longtime fans, the duo had many iconic moments. One of the most memorable is their first wedding.

Taylor and Ridge met via his first wife, Caroline Spencer (Joanna Johnson). Taylor became Caroline’s therapist after the young woman found out she was dying from leukemia. Despite Caroline’s efforts to keep it a secret, Taylor told Ridge about his wife’s health.

After Caroline’s death, Taylor counseled Ridge over his grief. An attraction formed between the pair, and Ridge pursued Taylor. The two began dating, and Ridge proposed to Taylor during a trip to St. Thomas.

According to Soap Opera Digest, their wedding took place on May 8, 1992. As the show’s most famous couple, Taylor and Ridge’s ceremony was elegant. In The Bold and the Beautiful: A Tenth Anniversary Celebration, behind-the-scenes details were revealed about the wedding.

Directors and producers shot the ceremony at Pepperdine University over two days. However, the LA Riots almost disrupted filming at the Malibu location. Hope Smith, a producer, recalled filming during the riots. “From the bluff we were on, high in the Malibu hills, you could see smoke rising from Santa Monica. People were very anxious to get back to their families, to see what was going on in their own neighborhoods. We had to keep everybody calm.”

Despite the destruction going on around them, all of the cast and crew arrived for work, and the final scenes were filmed. After filming wrapped, everyone left and made it home safely.

Soap opera weddings aren’t without drama, and Taylor and Ridge’s was no exception on The Bold and the Beautiful. Many people disapproved of the marriage, including Ridge’s mother, Stephanie Forrester (Susan Flannery), and Taylor’s ex-husband Blake Hayes. Yet, that didn’t deter the couple from tying the knot.

However, the ceremony was almost interrupted by Ridge’s ex Brooke Logan (Katherine Kelly Lang). After finding out she was pregnant with Ridge’s baby, Brooke rushed to stop the wedding. However, by the time she arrived, she was too late. Brooke broke down in tears as she watched Ridge and Taylor pronounced man and wife.

A lot has changed with Taylor and Ridge throughout the years. Two of the biggest changes are Moss and Tylo leaving their roles. Moss departed as Ridge in September 2012. As for Tylo, she played Taylor on and off, with her final appearance coming in March 2019.

With Taylor and Ridge being iconic characters, The Bold and the Beautiful recast the roles. Former All My Children star Thorsten Kaye took over as Ridge in December 2013. Meanwhile, Days of Our Lives actor Krista Allen debuted as Taylor on December 10, 2021.

Although Kaye and Allen have taken over, Taylor and Ridge remain a famous couple. The two are on the brink of a reunion, much to the delight of their kids, Thomas and Steffy Forrester (Matthew Atkinson and Jacqueline MacInnes Wood). However, Brooke remains an obstacle, and Miss Logan won’t stop until she has her destiny.