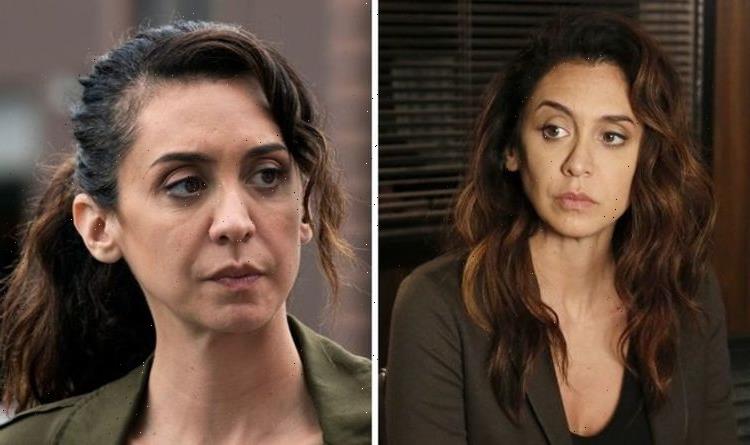 The Blacklist recently aired its ninth season on NBC with Raymond ’Red’ Reddington (played by James Spader) returning, but the same can’t be said for all of the series’ beloved characters. Back in season six, fans were shocked by the surprise exit of Agent Samar Navabi (Mozhan Marno) as she was one of the most crucial characters in the show.

What happened to Agent Samar Navabi?

Samar first joined the team in season two, quickly establishing herself as one of the most important and loved characters in the series.

During the fifth season, she found herself trapped in a car and submerged underwater for several minutes – something she never fully recovered from.

She was kidnapped by Lawrence Dane Delvin (Pruitt Taylor Vince) and tried to escape by stabbing him with a stick.

This caused his van to violently crash, and Samar became impaled on various debris while Lawrence escaped the wreckage.

Lawrence was eventually eaten by a bear but Samar was still in the van as it became submerged in water.

Aram Mojtabai (Amir Arison) rescued her from the sinking van, but the lack of oxygen to her brain resulted in her falling into a coma.

At the end of season five, Samar woke up from the coma and told Aram she would marry him.

However, Samar’s fragile state put her in an uncertain position with fans unsure about her future in the series.

Despite the happy ending of season five, it would soon change at the beginning of season six, with her injuries putting her in harm’s way.

After several near deaths, Samar realised she couldn’t get in the way of Aram’s life and decided to go into hiding with the help of Red.

In reality, Marno wanted to leave the show and requested an exit to the producers of the series.

This was in order to pursue other projects, and following her time in the series she has been in several other shows.

Most recently, Marno could be seen in Netflix’s Maid, as well as appearing in The Affair, Madam Secretary, and Ramy.

Following her exit from the show, Marno posted a bittersweet farewell to her time on The Blacklist, telling fans how grateful she was for the series and support.

Marno wrote on Instagram: “It has been an amazing experience; I have made mistakes, I have made friends, I have grown.

“I’ve been in the room with some incredible people. And, every time I get on the subway in New York, someone affectionately yells out, ‘Yo, Samar!’

“But, last summer, I decided that I was ready for my next chapter, and the producers very graciously granted my request to move on from the show. And so, tonight, my life changes again.

“As my last episode airs, I just wanted to express gratitude to my colleagues, my producers, and the fans of the show: thank you. It’s been so much fun. @nbcblacklist.”

Due to the open-ended nature of Samar’s departure in the series, there is always the chance Marno could return to the show.

Currently, there is no confirmation on a 10th season, with NBC neither cancelling it nor renewing the show.

The Blacklist season nine continues November 11 at 9pm on NBC in the USA. A UK release date is yet to be confirmed.