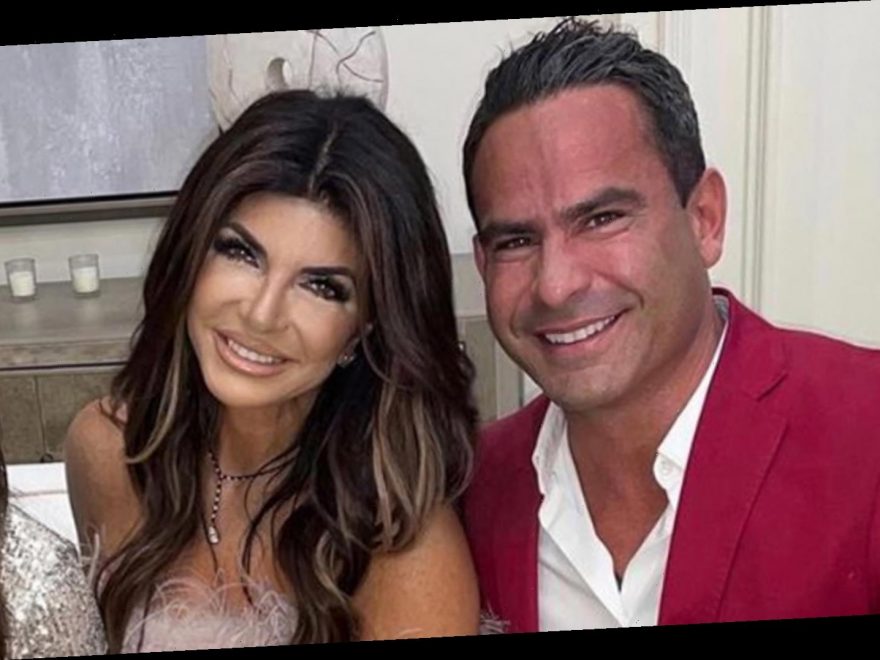 "What's the deal with Teresa? I hear all over she's got a new boyfriend," he says in the clip before it switches to a scene of Jackie Goldschneider asking, "Why isn't she introducing anybody to this guy?"

Teresa, 48, simply smiles at her daughter before the video shows her and Luis sharing a long kiss.

Elsewhere in the midseason teaser, Melissa and Joe Gorga's marriage seems to be in trouble.

"I know they have things going on in their relationship," Dolores says of the pair.

"They do," Teresa confirms. "Right now you could say kinda they're broken."

"We're growing apart," Melissa, 42, later tells her husband, who replies, "Maybe we are."

"I don't need anyone calling my husband chauvinistic because whatever you think I'm dealing with it's probably more," Melissa yells at her friends at a Halloween party.

Back at home, Melissa says to Joe, "I'm not going to give up what I want to do in life. You're holding me back."

"Listen, go be whatever you want to be in life," he says as the clip comes to a close. "We're done."