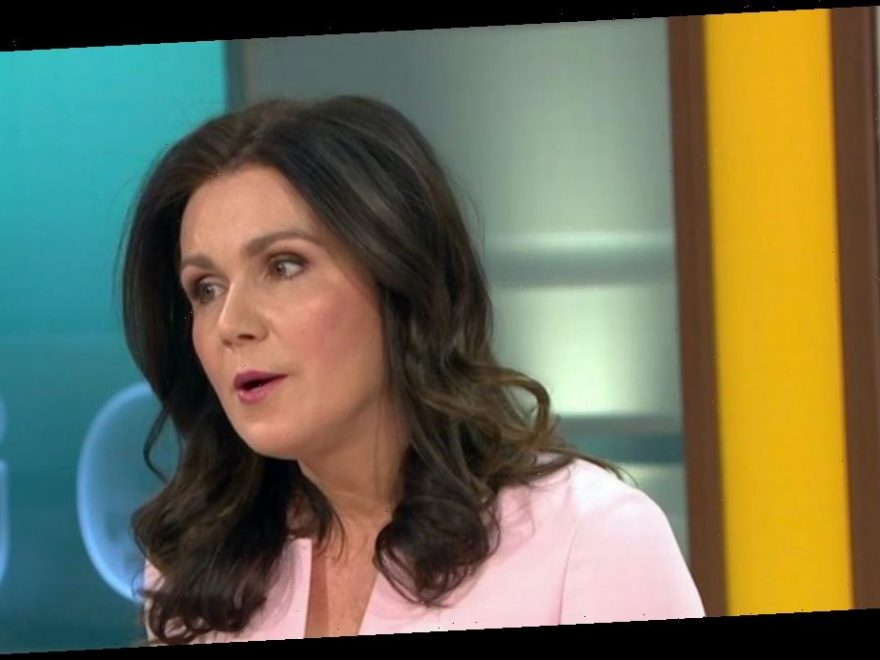 Susanna Reid left her co-star Ranvir Singh a little concerned on Monday's Good Morning Britain, as she checked in on the broadcaster.

Discussing Piers Morgan's exit from the show, Ranvir made sure to investigate whether Susanna was "alright" after hearing the news.

Turning to her co-star, she asked: "Are you alright?"

Then, reflecting on Susanna's longstanding working relationship with Piers, she asked: "You sat there with him for how long now?"

"Five years," Susanna replied, looking solemn before insisting the show must go on.

Former GMB presenter Piers, 55, announced he was leaving the role on Tuesday amid an Ofcom investigation into his coverage of Meghan Markle's interview with Oprah Winfrey.

Over 41,000 viewers contacted the watchdog to complain about Monday's GMB, which saw Piers at one point claim he didn't "believe" anything the Duchess of Sussex had said in the interview.

Announcing his departure, a statement released by ITV read: "Following discussions with ITV, Piers Morgan has decided now is the time to leave Good Morning Britain.

"ITV has accepted this decision and has nothing further to add."

Speaking out on his exit, Piers shared an image of his late manager, John Ferriter, hours later, saying: "He'd have told me to do exactly the same thing."

In the opening minutes of the show, Susanna issued a statement about Piers' departure, admitting GMB would be "very different" without his presence in the studio.

"A number of people, of course, will know the news and many of you will not and will be surprised that Piers Morgan is not here this morning.

"Now Piers and I have disagreed on many things and that dynamic was one of the many things that viewers loved about the programme."

Susanna said: "He is without a doubt an outspoken, challenging, opinionated, disruptive broadcaster. He has many critics and he has many fans."

She said: "You will know that I disagreed with him about Meghan’s interview. He himself clarified his comments about her mental health on the show yesterday. There are many voices on GMB and everyone has their say."

"Now Piers has decided to leave the programme. Some of you may cheer," Susanna went on.

"He has been my presenting partner Monday to Wednesday for more than five years and during Brexit and the pandemic and other issues he has been a voice for many of you, and a voice that many of you have railed against.

"It is certainly going to be very different. But shows go on, and so on we go."

Susanna's co-star, Ranvir Singh, praised the statement, replying: "Well said. That can’t have been easy, it’s not easy is it."