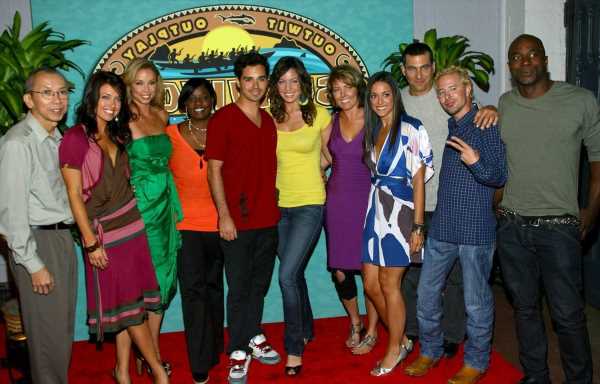 If you are disappointed by Survivor Season 41, or just want to relive one of the greatest seasons of the CBS reality competition, Netflix is here for you. All 15 episodes of Survivor: Micronesia are now available to stream on Netflix. The season’s theme was “Fans vs. Favorites,” which meant that 10 superfans of the show competed against 10 former players. And here’s everything you need to know about the Survivor: Micronesia cast.

The ‘Fans’ of the ‘Survivor: Micronesia’ cast

Airai was made up of superfans of Suvivor. The 10 newbies were shocked to discover that they would be playing against some of their favorite Survivor castaways.

A couple of Survivor: Micronesia cast members to keep an eye out for are Erik and Natalie. Erik’s bio reads, “[He] believes he’ll go far on Survivor because he is a good listener, entertaining, optimistic, athletic, a creative thinker and can easily be a leader or a follower.” And Natalie’s bio reads, “She believes her extensive world travel, athleticism, ability to read people and understanding of the human condition will be skills that will help her on Survivor.”

Fans will have to watch Survivor: Micronesia on Netflix to see how well the Airai tribe does in the game.

The ‘Favorites’ of the ‘Survivor: Micronesia’ cast

However, none of these cast members in Survivor: Micronesia won their previous seasons. But there is no denying that their tribe had an advantage over the other castaways because of their experience.

‘Fans vs. Favorites’ is considered one of the best ‘Survivor’ seasons

Without spoiling the season, many fans and critics regard Survivor: Micronesia as one of the best seasons in Survivor history, and that’s partly because of the cast.

There are a couple of jaw-dropping moments in the season due to the iconic blindsides and legendary alliances. The season contains some of the best moves in the game of Survivor and some of the dumbest moves. And fans should keep an eye out for a Tribal Council that is still talked about to this day, 13 years later.

Overall, Survivor: Micronesia is a season of the CBS reality competition series that enthralled fans at the time of its airing, and its excitement still holds up in 2021.