AFTER triumphing on The Great British Bake Off, John Whaite is now determined to conquer Strictly as part of the show’s first all-male duo.

The telly cook has already had the top mark of ten from every judge on the BBC1 dance contest except Craig Revel Horwood. 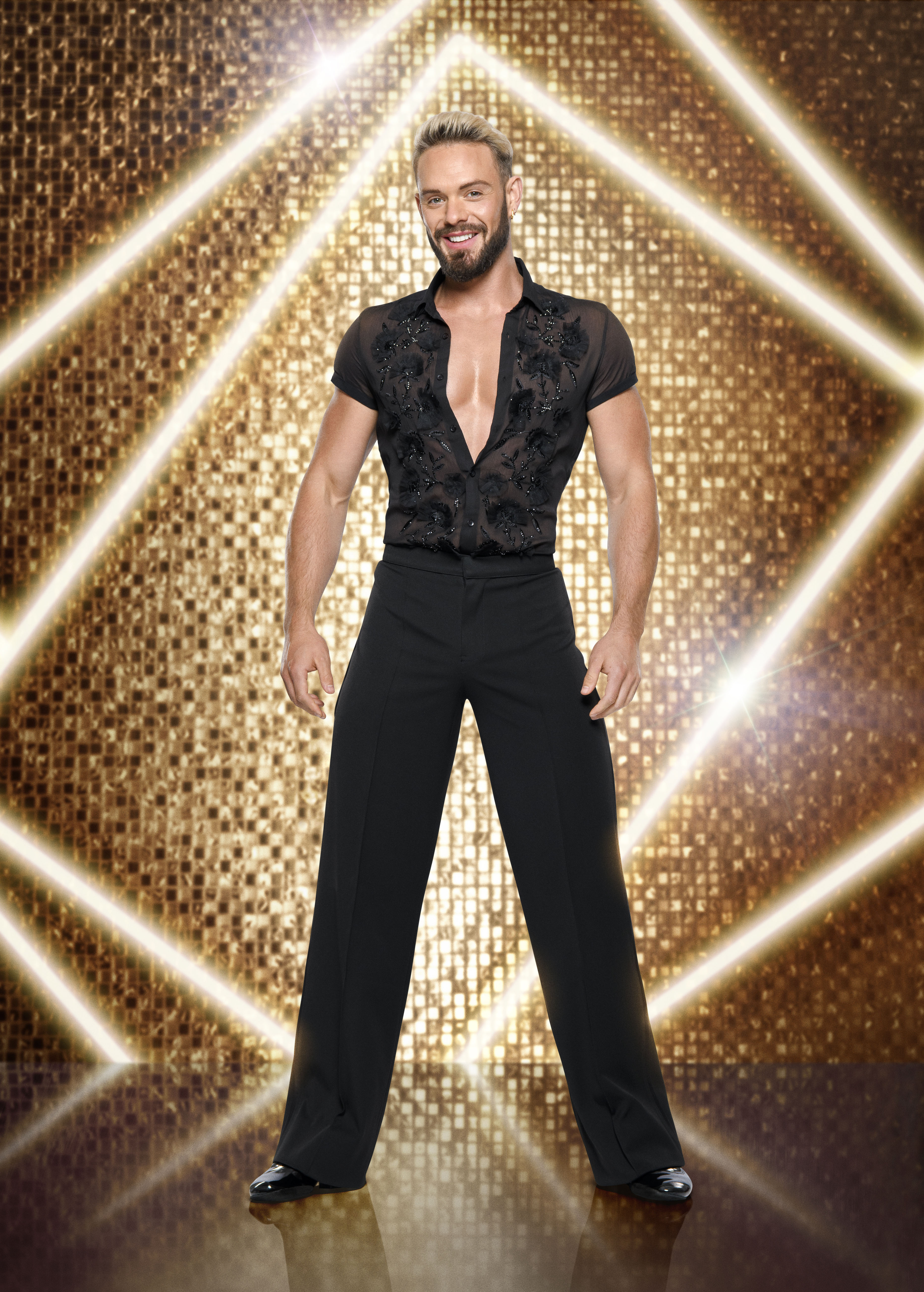 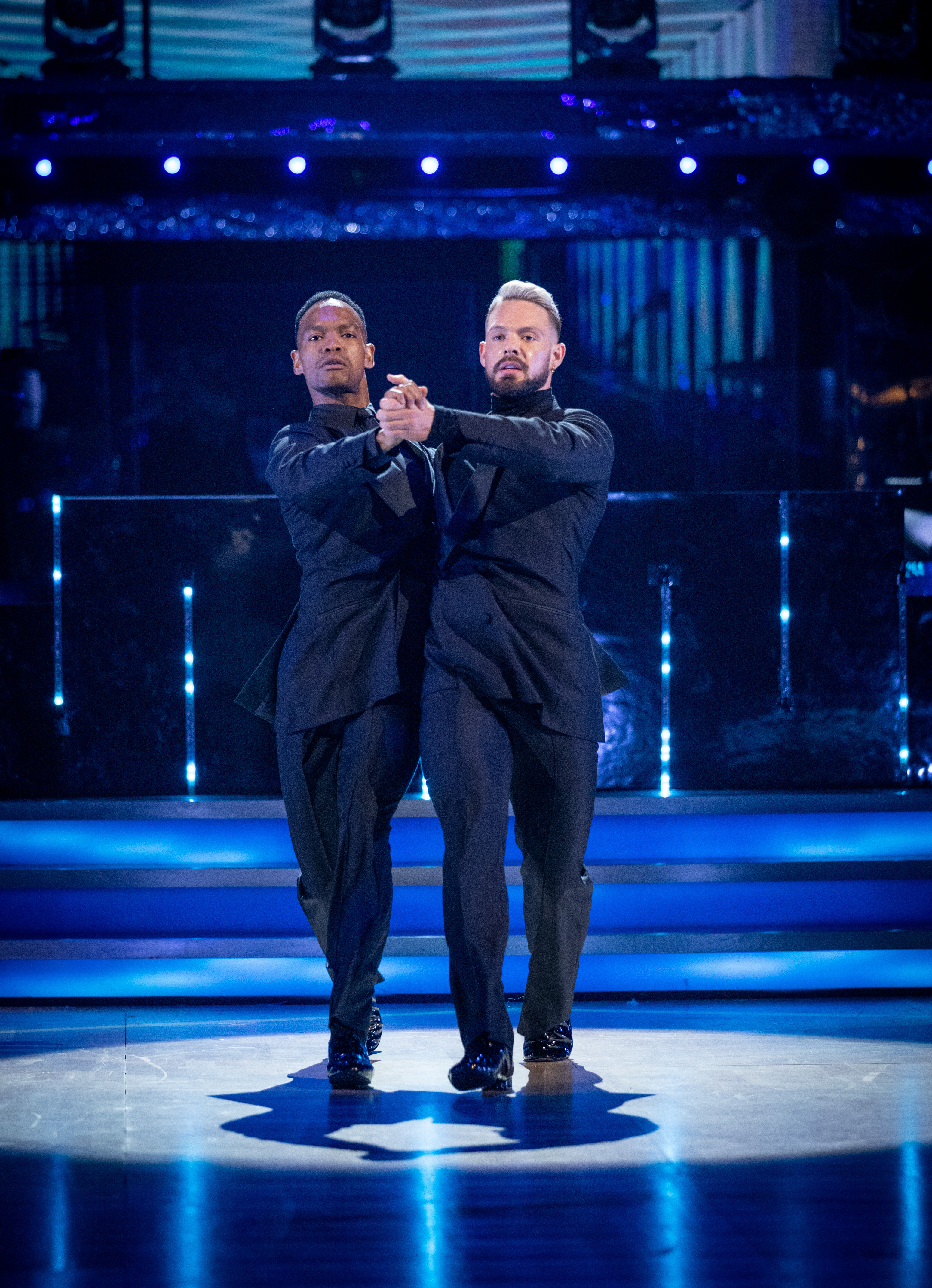 But John, 32, is determined to win over the panel’s “Mr Nasty”, just as he did with Bake Off’s equally demanding expert Paul Hollywood.

He said: “A ten from Craig is ­basically a Hollywood handshake. I would love to get one. I think I’d hit the floor with a thud.

“I’d be really shook. But I’m going to make it happen, believe me.”

John won the third series of Bake Off in 2012 when it was on BBC2, and since then has gone on to enjoy a career on Steph McGovern’s Packed Lunch on Channel 4 as well as ­writing a string of cookbooks.

But all eyes are now on his ­dancing skills — and his partnership with 34-year-old South African Johannes Radebe has been nothing short of a sensation.

Inevitably, fans speculated whether the Strictly curse could be about to strike again as they have struck up such a close bond.

But John insists his real-life partner of more than a decade — graphic designer Paul Atkins — has nothing to worry about.

And far from being hostile towards their pairing, Paul is doing all he can to help them — including providing packed lunches of beef sandwiches for the pair to scoff during training.

John added: “Paul’s doing everything for us. The other day he came home with a pink lunchbox.

He will be fighting to get to the top of the scoreboard on tonight’s show as they perform the Charleston to Edith Piaf’s Milord.

And he doesn’t understand why so many previous couples have got down and dirty between the sheets.

John said: “When you spend that much time with someone, you see them warts and all. I think I’ve burped in Johannes’ face — I might have even farted at one point.

“There is no attraction because you see sweat and everything.”

It’s hard to believe there’s no sexual chemistry between them at all, given they have put on such a sizzling ­performance every weekend.

But John, who scored a sensational 39 with his Pirates Of The Caribbean-inspired paso doble two weeks ago, maintains that the Strictly process strips the routines of their ­raunch.

He said: “If you could see our sweaty underpants, you wouldn’t find us sexy. As we peel our ­costumes off and wipe off our make-up, you’d think, “Oh my God, they’re rank!”

“It’s the glitter, it’s the make-up, it’s the vast teams of people who work so hard to make us look good on the dance floor.

“We have to learn our steps, ­obviously, but you’ve got Vicki Gill and Lisa Armstrong’s hair and make-up team. You’ve got so many people busting their gut to make it look good.

“So they’re the ones who are ­actually sexy. We are just the ­conveyors of their sexiness, basically.” 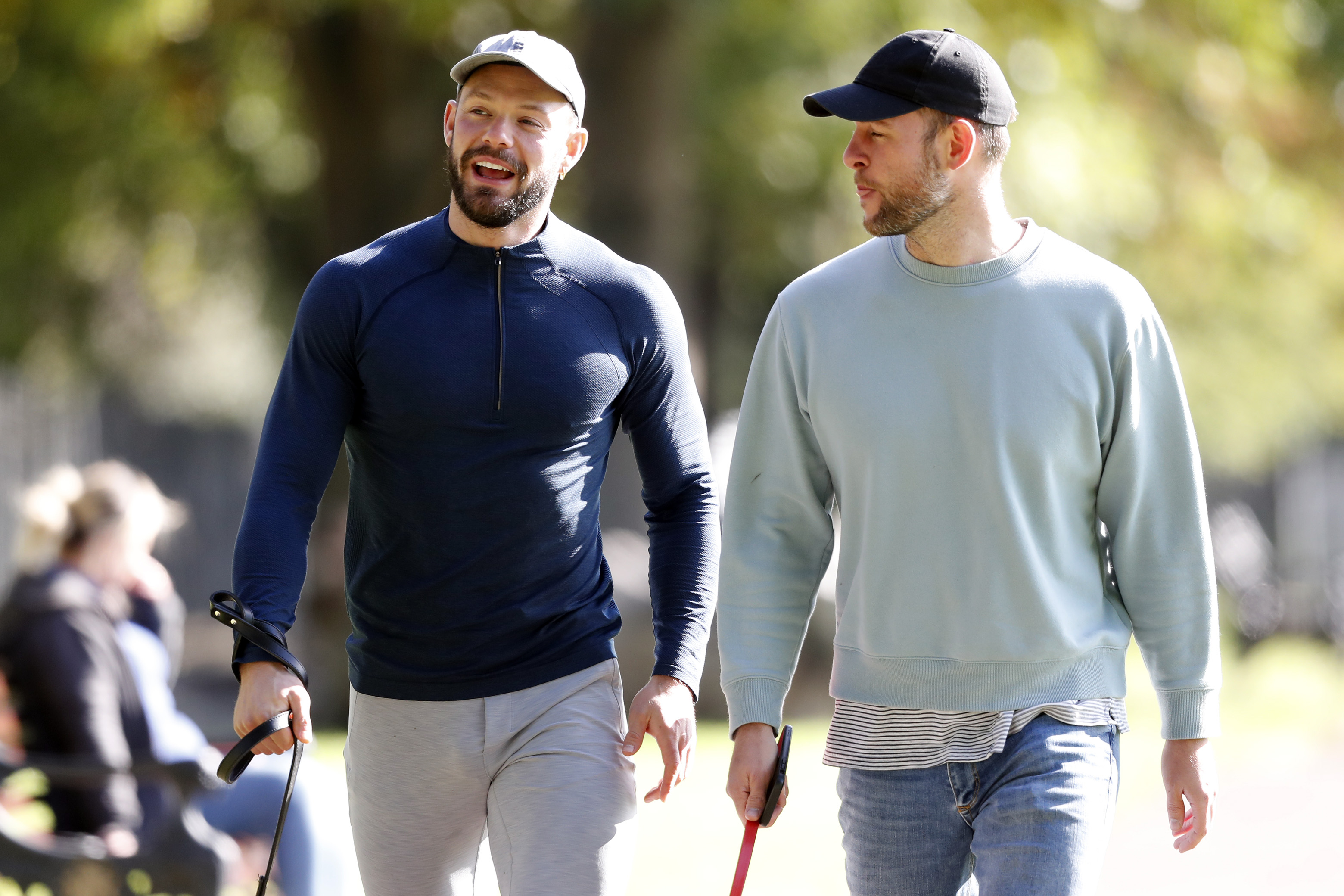 John’s relaxed dismissal of the curse rumours comes from the strength of his relationship with Paul, who he shares a home with in Leeds with their dog Abel.

Many celebrities who have graced the famous TV dance floor in the past have ­admitted the toll it takes on their home life because the show is all-consuming.

And John knows that it is only down to Paul’s support behind the scenes that he has been able to think about staying in the competition every week.

He said: “As great and fun as it is, I think all of us have to have that grounding and that support. Just that sense of home, because Strictly is so wonderful and ­hyperactive and glittery that when you come down, you need to have someone there to catch you.

“And I’m lucky to have that with Paul. I really couldn’t do this process without Paul and my dog with me.”

The dance duo had a hugely ­successful week when they performed their Pirates Of The Caribbean ­routine.

Head judge Shirley ­Ballas and Motsi Mabuse both gave them a standing ovation.

Even grouchy Craig, who has been scoring increasingly low and ­criticising contestants more this series, described it as “seriously hot — ­unbelievable”. 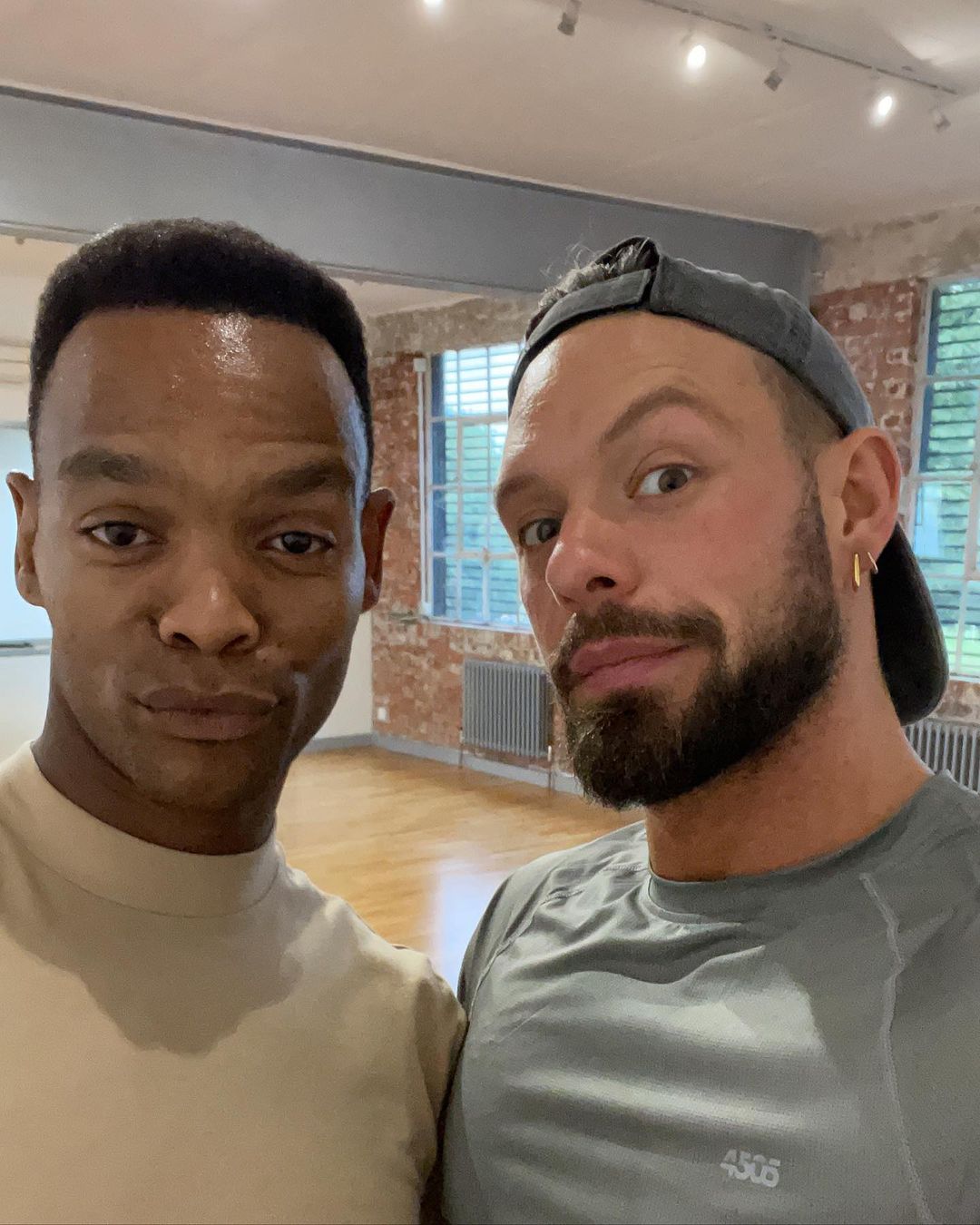 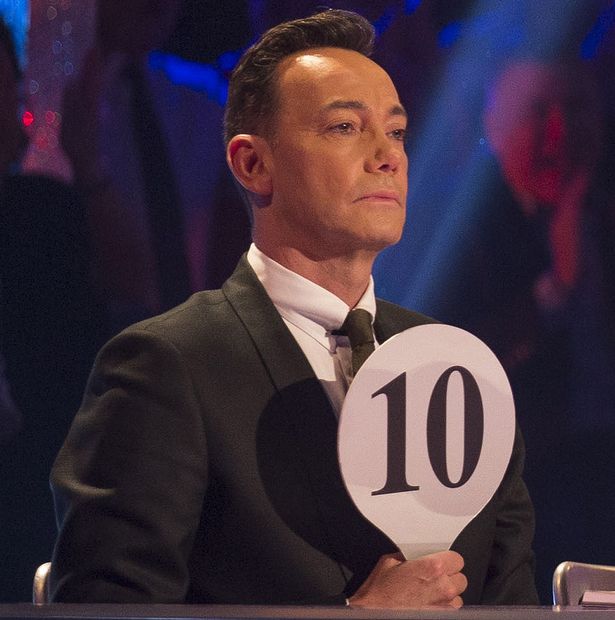 But last week they slipped down the scoreboard, finishing with a respectable. but disappointing 29 points. That means they have everything to play for this weekend.

John and Johannes also know that when they step out on that dance floor they are not only representing the show, but also the LGBT+ community.

The pair want to help smash the stigma surrounding two men dancing together. And John admits they have been overwhelmed by the response their partnership has had.

He said: “The reaction has been incredible — so positive. The amount of people sliding into my DMs, as the cool kids say, saying things like, ‘This is for the community.’

“I also get young mums saying: ‘Thank you for doing this. My kids are watching and they’re not even questioning it.’

“Or a little girl who saw everyone coming out and said, ‘Oh, all the princes and princesses.”

“And then when we came out, she was like, ‘Oh, two princes. That’s exciting!’ So it’s just people really being so accepting.

“And if that isn’t progress, then what is? It’s ­incredible.”

But has there been any negative ­attention from online trolls?

John said: “There are some little voices out there. But you know what? There’s a block button, and that block button is bloody wonderful.

‘Out of my comfort zone’

“There’s just no room for ­negativity. This show is about family, performance, about living your best life, about being extravagant and flamboyant.

“And it’s about mutuality. Whether that’s between a man and a woman, two women or two men, it’s a clear message to everyone on the planet that all you need to do is respect the person you’re with. And with that respect and dedication comes beautiful dancing and great friendship. That’s what it’s about.”

John is five weeks into the ­competition and has been putting in gruelling ten- hour training sessions every day, ­determined to put his best foot forward on the dance floor come showtime.

That punishing schedule has led to him slimming down.

John does not know how much weight he has lost but he is aware he is now more toned than ever and has found muscles he did not even know he had.

He said: “I think it’s pushing me out my comfort zone, that’s for sure. One thing I really struggle with is that little voice in my head.

“This week it’s really important that I lose that voice.”

It may be be hard for fans to understand why John is doubting himself when he has already had three tens so early in the competition and attracted high praise from viewers around the country. He said: “I don’t know why I have that voice. I think just ­growing up in a small leafy village — you don’t get much praise when you’re a farmer’s son.

“Johannes and everyone else behind the scenes is really trying to push me to just be a bit more self-confident and believe in myself.

“Because all the feedback that people give, like from my family and friends, is usually, ‘He can dance, but he doesn’t believe in himself.’ And that’s half the battle, isn’t it?”

So is John not even daring to dream about lifting that glitterball trophy and making Strictly history by being in the first all-male partnership to triumph?

“I’m still working on lifting my own head up. 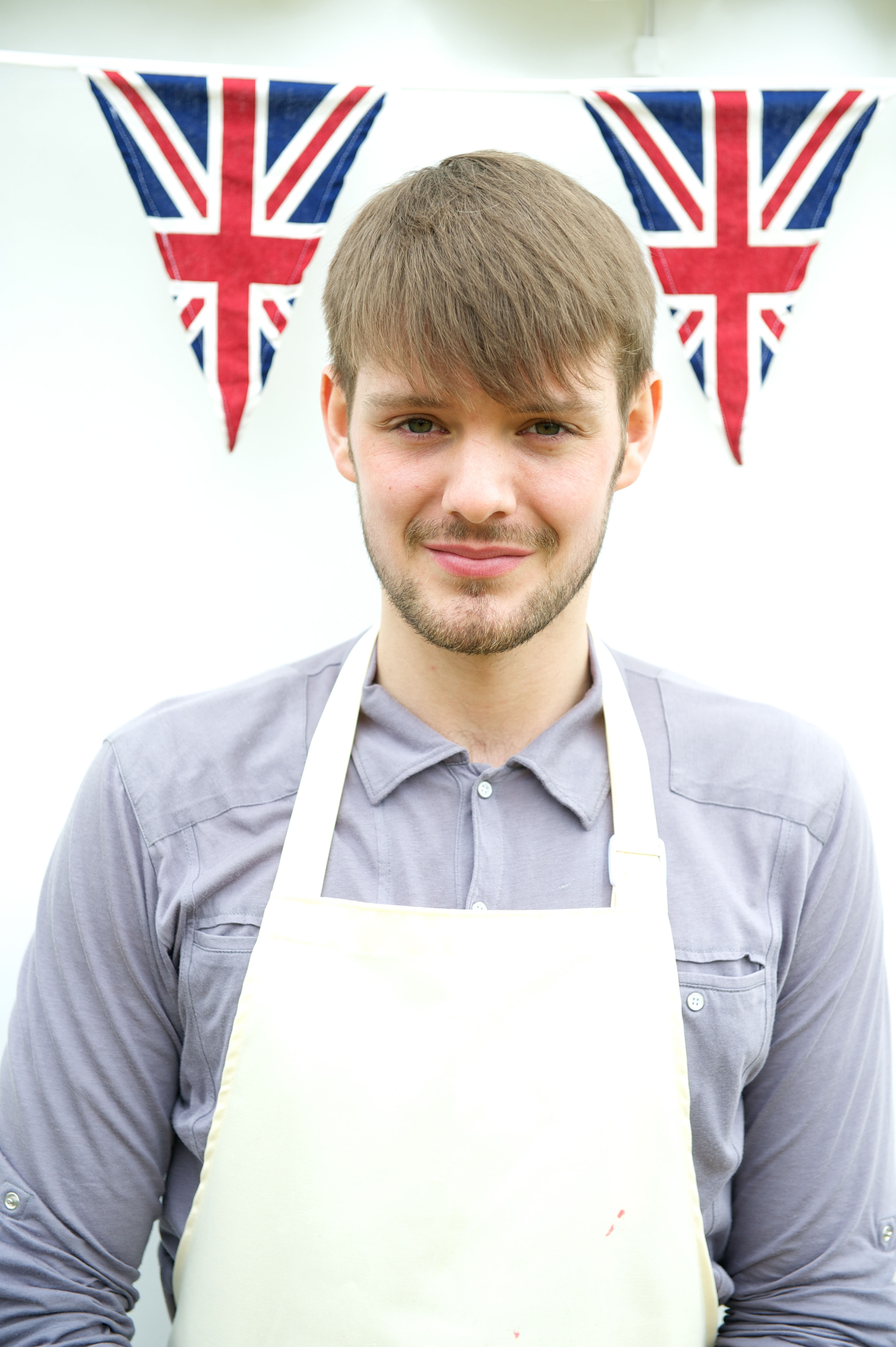