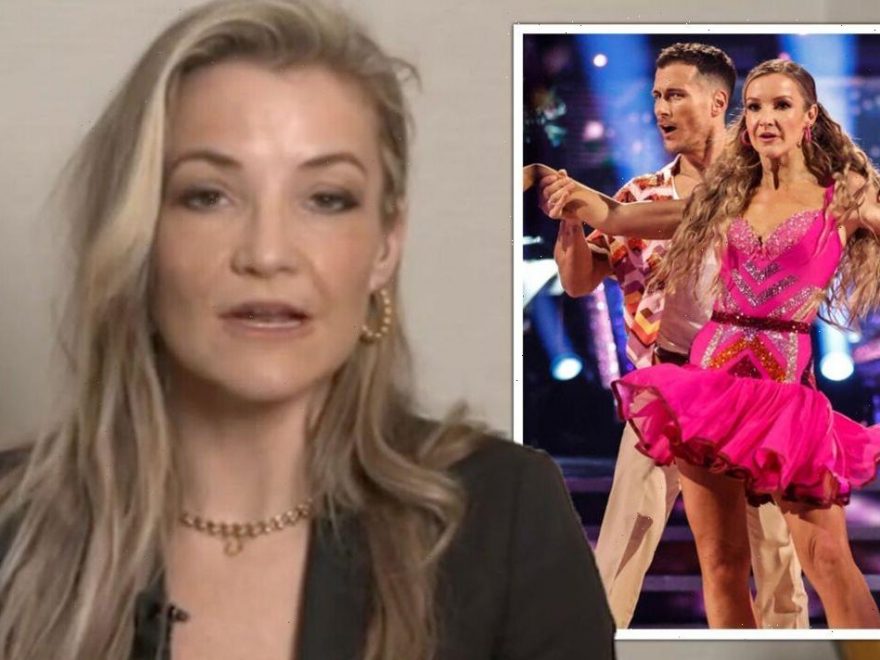 Lorraine: Helen Skelton 'taking one week at a time'

The Countryfile host will be back on Channel 5 screens for Winter on the Farm, which she will juggle with her dance training. Questioned on how she can fit so much in, Helen Skelton told Lorraine she is taking it all “one week at a time” after her split from Richie Myler.

Helen teased: “Gorka [Marquez] has joked all year and he keeps saying all series, ‘I want to do Strictly Come Farming, I want to come to the fair.’

“I say, ‘You be careful what you wish for mate. We do our dancing all day and when I do the show at night, you can muck out some horses.’

“So it will be time for me to get my own back after all these weeks of him saying, ‘Do it again, point your toes.’”

She continued: “He’ll be very welcome on the farm. Everybody is always made to feel very welcome.

“As you know we have Dr Amir as well, he’ll be there, he’ll be on hand.

“It is what it is, in this industry, in this life, I just take one week at a time.

“If I’m still in Strictly, fingers crossed we make it through this weekend then yeah, it will be dancing in the day, cows and sheep and goats in the night.”

She smiled: “It will be what it will be.”

Last year, Helen was eight and a half months pregnant while she presented Winter on the Farm and there were concerns she my go into labour live on TV.

Her daughter Elsie, who she shares with ex-husband Richie Myler, has since appeared on the series in the Spring.

In the meantime, Helen is hoping she will make it to the Strictly Come Dancing semi-finals.

According to bookmakers William Hill, she is catching up to frontrunner Hamza Yassin in the fight for the Glitterball Trophy.

Helen is known for pushing herself to the limit and doesn’t give up easily as she holds two world record entries; one for kayaking the Amazon and one for when she walked along a tightrope, 150 metres above Battersea power station.

She follows the long-time frontrunner, Hamza whose odds currently stand at 2/5.

Hamza also has the highest average score on the show at 34.1.

Despite having the second lowest average score out of the remaining contestants, Helen along with Hamza, and actor Will Mellor are the few who have avoided the dance-off.

Helen has only managed to reach the top of the leaderboard once, back in week five.

Despite the lower statistics, the bookies remain confident Helen has a high chance of winning.

Lorraine airs weekdays on ITV at 8am.