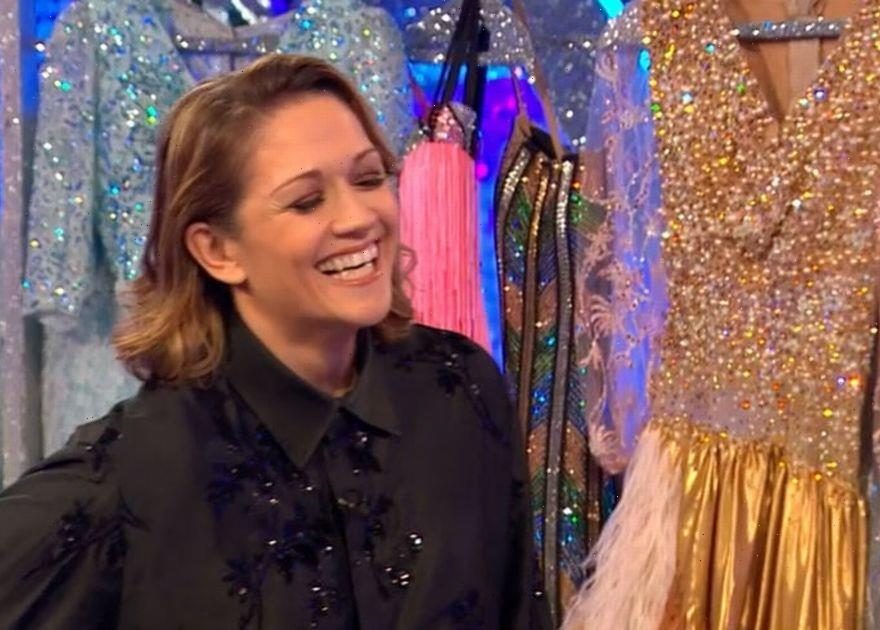 Strictly Come Dancing 's costume designer Vicky Gill has smashed it out of the park with her incredible outfit designs this series – and some of them will be making a return to the screen on Saturday.

For the finale the three celebs remaining, Rose Ayling-Ellis, John Whaite and AJ Odudu, will be performing three dances in front of the judges.

Two of those dances will see the contestants wear an outfit which they've worn before – but designer Vicky has confessed she's still needed to work on the looks.

Speaking with Janette Manrara on Strictly's It Takes Two, Vicky confessed that some of the outfits will need adjusting due to weight loss of the celebrities throughout the series.

She also shared a slight insight into Saturday night's looks as the duo went through sketches of the outfits – but she couldn't quite put her finger on her favourite outfit.

Janette said: "So there are three dances in the final and two of them they'll wear outfits they've done before. Will they need adjusting, do you come and fix them up?"

Vicky added: "We spoke a lot about that this week. We'll probably nip bits and bobs in because people have lost weight."

Janette quipped: "That's what dancing does to you!"

Vicky shared a final compliment to the celebrities and said "They're all looking good, so there will be a little bit of that."

It will be Vicky's final time on It Takes Two as the show celebrates its penultimate episode tonight – and Janette wanted to celebrate Vicky as she walked on stage.

As Janette welcomed her on the show, she said: "For the final time, it's Vicky Gill! We made it. We're here. We're in the final!

"There have been some amazing looks throughout the final, could you possibly pick a favourite?"

Vicky said she couldn't – but confessed she's always a fan of the first look because there is so much excitement which surrounds it.

As they moved to discussions regarding the finale, Janette confirmed that she would be performing along with many other dancers and the celebrities.

She also let slip that Ed Sheeran will be performing – and that's one thing she's certainly looking forward to!

Striclty It Takes Two resumes on Friday at 6:30pm on BBC Two.