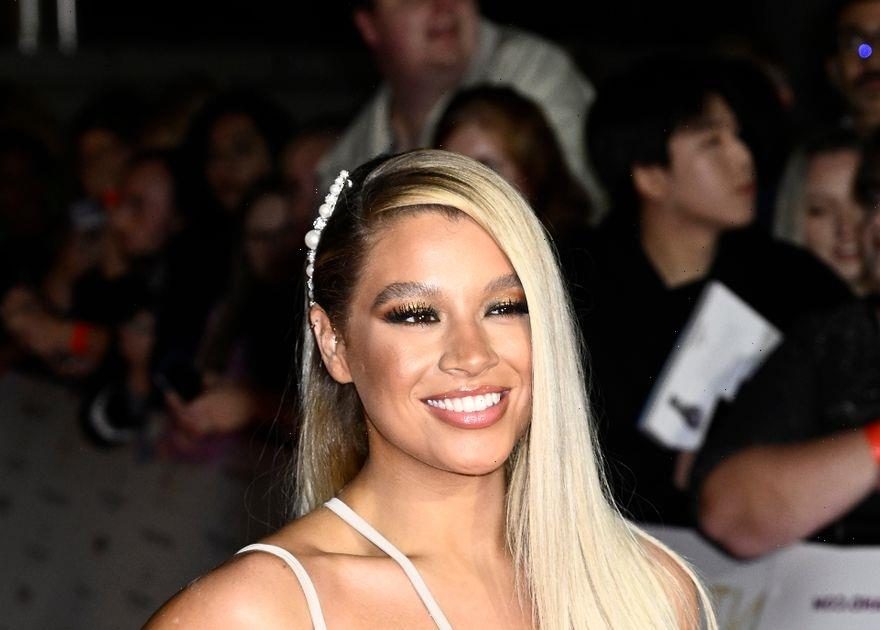 Molly Rainford first became known for appearing in the sixth season of Britain's Got Talent at the age of just 11 and became the show's youngest ever finalist at the time.

Singing a stunning rendition of Beyonce's version of Ave Maria, Molly finished the competition in 6th place and secured herself a contract with Sony Music.

But just singing wasn't enough for the talented teenager – the year she turned 13, Molly became a CBBC presenter for the popular show Friday Download.

Clearly born for the spotlight, she went on to light up the nation's TV screens on this season of Strictly Come Dancing.

Molly burst onto the dance floor with a high-energy Samba and continued to impress the judges with her sharp routines earning impressive scores.

As the 21-year-old’s career goes from strength to strength, let’s take a look at the young star’s life away from the cameras

Keen to avoid any link with the dreaded Strictly curse, gorgeous Molly brushed off rumours of a behind-the-scenes romance after being linked to two different stars on the BBC show.

The CBBC star was at the centre of reports that she had grown close to co-stars Nikita Kuzmin and Tyler West.

Nikita and Molly were pictured putting on a cosy display at the National Television Awards earlier this year and last month it was also reported that the singer had grown close to Tyler West, with sources claiming the pair were putting on a flirty display backstage.

But she has denied both rumours, explaining: “Tyler is a lovely boy. We all get on really well. But we are just training and working hard.”

She also denied growing close to Nikita in a romantic capacity, explaining: “Nikita and I are just friends.

“I think because we are a similar age we just get on really well. I’m not looking for love. I’m definitely concentrating on work. I wouldn’t have any time to date at this point. I am way too busy.”

Molly shot to fame when she was just 11 on Britain's Got Talent back in 2012 when she appeared in series six of talent show.

She stunned Simon Cowell and the entire judging panel when she belted out Jennifer Hudson’s One Night Only, becoming an instant hit with viewers.

Molly became the show's youngest ever finalist at the time, and after performing Ave Maria in the final, finished in sixth place after losing out to winners, Ashley and Pudsey.

In 2019, she released her debut extended play Commitment, amassing over two million streams online. In 2020, she released a second EP, Christmas (Baby Please Come Home), which featured covers of Christmas songs including I Wish It Could Be Christmas Everyday.

The talented star recently confirmed her Strictly Come Dancing co-star Carlos Gu issued a dating ban on her while she’s appearing on the BBC show.

Carlos told the star to stay away from romance while she’s busy with rehearsals in a bid to ensure the strongest chance at winning the coveted Glitterball trophy.

Confessing all to The Mirror, Molly confirmed: “Carlos told me, ‘You can’t be skipping any rehearsals to go on dates.’

“So I don't have any time for romance.”

When grilled on the prospect of a behind-the-scenes romance, the former Britain's Got Talent star told the MailOnline: “No! We're a very boring series in that respect!

“I just think it's so random, I love how people try to find it when it's not happening, it is quite funny, I think maybe because we get on so well they mistake for something else but it's genuinely that everyone is really really good friends.”