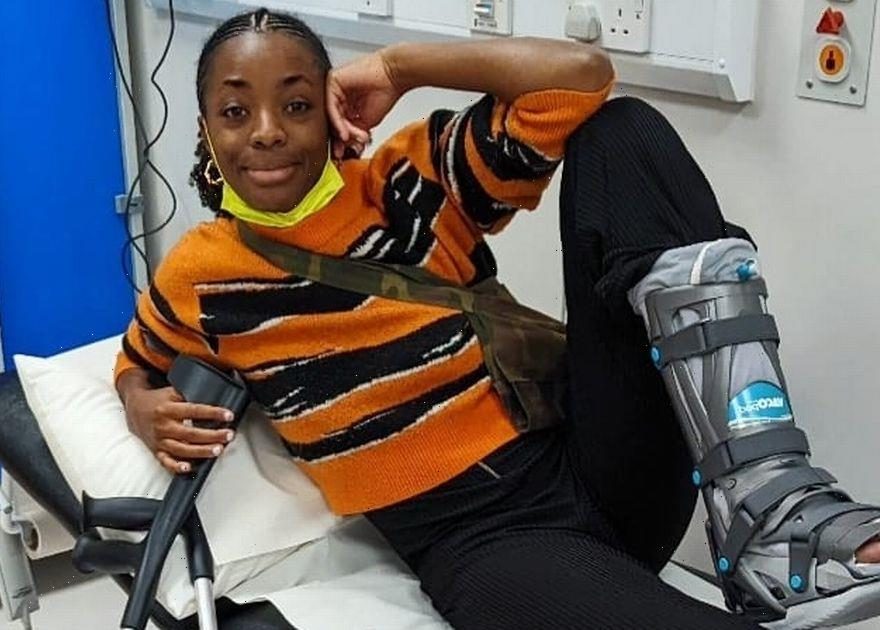 The Strictly Come Dancing final show has had to have a dramatic change after AJ Odudu quit following an ankle injury.

The run time has been reduced, a spokesperson confirmed, although it is currently unknown how long it will be reduced.

Reports suggest it could be cut short by 30 minutes, which would account for the screen time AJ and partner Kai Widdrington would have had if they were able to dance on the show.

Rhys Stephenson, semi-finalist, has ruled himself out of replacing AJ's screen time at short notice.

He told fans that learning three routines at such short notice would be too much of a strain on his mental health.

TV star AJ, 33, is devastated to announce she had to withdraw from the competition.

She made the heartbreaking announcement yesterday and shared a picture of her on a hospital bed with her ankle in a boot, alongside a pair of crutches.

She was pictured hobbling to her last rehearsal earlier in the week.

She said: “I’m deeply upset that I am unable to perform in the final due to a torn ligament in my right ankle.

"Learning to dance over the last 13 weeks has been an incredible honour and to do it alongside someone as special, patient and devoted as Kai [Widdrington] is something I’ll treasure forever.

“Thank you to the Strictly family for the experience, the medical team for trying to get me back on my feet, and mostly, to everyone at home for watching and supporting. You’ve made this experience one to remember.

“Strictly Come Dancing has been a lifelong dream and I’m glad it came true. Good luck to my partners in dance, John [Whaite] and Johannes [Radebe] and Rose [Ayling-Ellis] and Giovanni [Pernice]. I will be cheering you on (on one leg!).”

The presenter had made it to the final after impressing the judges week after week and dancing a sultry Sumba to Show Me Heaven by Maria McKee in the semi-final.

Who do you want to snatch the glitterball trophy? Let us know in the comments below!

Fans say they've spotted the chemistry between AJ and Kai reading "off the charts".

The pair, however, has not refused or denied if their connection is more than what we see on the dancefloor.

EastEnders' Rose Ayling-Ellis paired with Giovanni Pernice and chef John Whaite with Johannes Radebe will dance off in the final Saturday night.

For unmissable gossip from Strictly Come Dancing and the latest TV news, sign up for our showbiz newsletter by clicking here.