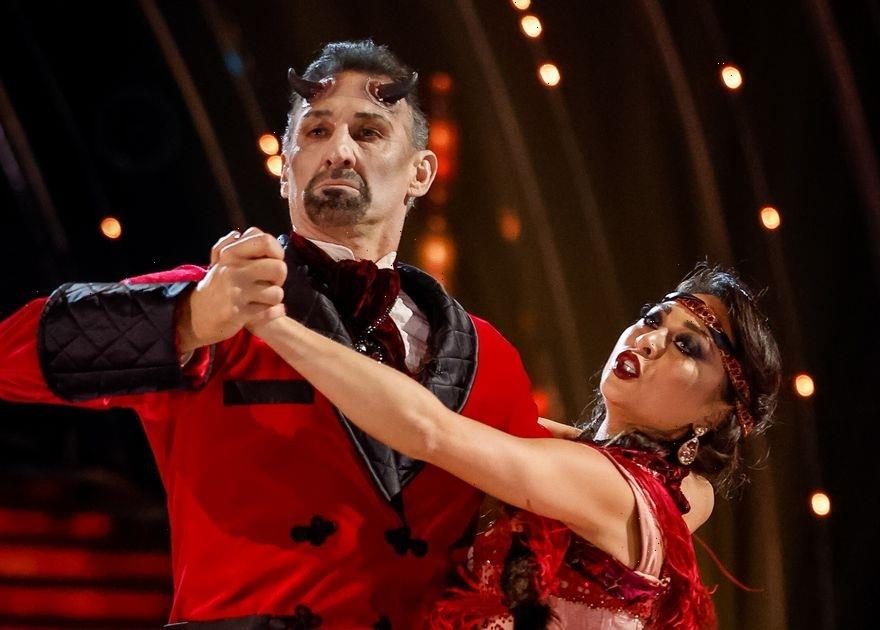 This weekend’s Strictly Come Dancing tracks and routines have been announced – and some of the celebrities' choices may leave you surprised.

Last week marked the show’s infamous Halloween Week, with James Bye’s routine to Bumble Bee by LaVern Baker falling to cause a buzz as he became the fifth celeb to be booted off the show.

This week, Ellie will dance the Charleston to Too Darn Hot by Kiss Me Kate alongside her partner Nikita Kuzmin, while Ellie Taylor and Johannes Radebe will be performing a Rumba to Alone by Heart.

Helen Skelton will be attempting the Jive with Gorka Marquez to Janelle Monae’s Tightrope, as Corrie star Kym Marsh will dance an Argentine Tango to John Powell's Assassin's Tango with Graziano Di Prima – who married his wife Giada Lini in a stunning Sicillian wedding over the summer.

Molly Rainford and partner Carlos Gu will be performing the Foxtrot to You Make Me Happy by My Sun and Stars, as Hamza will have a try his hand at the Cha Cha Cha with Jowita Przystal to Four Tops’ I Can't Help Myself (Sugar Pie, Honey Bunch).

Now, many people will be surprised with Tony and partner Katya Jones’ choice of song – Pitbull’s track I Know You Want Me (Calle Ocho), which they’ll dance the Salsa to.

Meanwhile, fan favourites Tyler and Dianne Buswell will dance a Viennese Waltz to I’ve Been Loving You Too Long by Seal.

Robbie Williams and Michael Bublé’s track Soda Pop will also feature on Saturday’s show, 5 November, as Will and Nancy Xu will perform their Quickstep to the upbeat pop song.

In the hopes of not seeing herself in the dance-off for the second week running, Fleur will dance to I Guess That's Why They Call It The Blues by Elton John as she performs a Waltz with partner Vito Coppola.

Fleur was evidently disappointed to see herself in the dance-off at the weekend – which marked the second time she’d been there – and so were Strictly viewers who labelled it “not fair”.

One said: “@FleurEast definitely shouldn’t be in the dance off. Keep going, Fleur! You’re f-a-b-u-l-o-u-s !”

"Fleur in dance off again is not fair, Ellie lovely as she is the Scooby was boring & they expected it themselves," another fan continued.