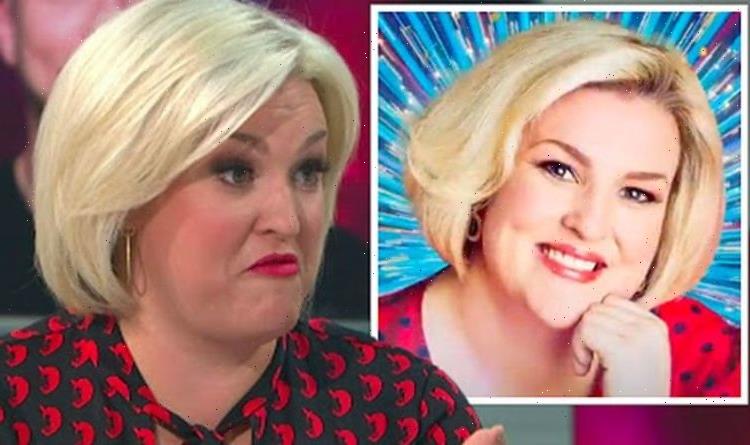 Sara, 37, was announced to be taking part in Strictly Come Dancing during Monday’s edition of Good Morning Britain. The Dragon’s Den star spoke to former contestants Kate Garraway, 53, and Charlotte Hawkins, 46, about taking part and the limited dancing experience she has. However, speaking with the BBC prior to being revealed as a member of this year’s cast, she explained her parents were a big motivation to sign up.

In an announcement released by the BBC, Sara said she was doing it for her parents, explaining: “My Mam and Dad are going to be so excited.

“I’m really nervous because so far the producers keep asking me if I can dance. Truth be told – I haven’t got a clue!

“I’ve not danced since I did ballet lessons when I was little. The business world has taught me that tenacity, drive and determination deliver results, I hope that I can bring that to the dance floor.

“And I’m excited to see the impact of all those hours of training on my mum tum,” the businesswoman concluded.

Sara Davies joined the team at Dragon’s Den in 2019 and made history by becoming the youngest ever entrepreneur to sit on the panel.

When her role was announced, she said: “I’ve been a fan of the show since it started. I was even invited to pitch on the show 13 years ago, so it feels like I’ve come a full circle.”

The businesswoman continues to feature on the BBC programme and has made investments in several business ventures.

The mother of two started he business empire whilst at university in 2005 with the company Crafter’s Companion.

By the time she left university, the businesswoman had already turned over a profit of £50,000 and her start-up company now exports to 40 countries.