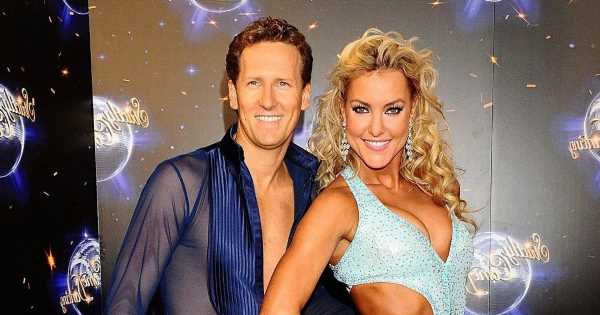 Strictly Come Dancing is set to return to our screens on tonight (September 18).

The hit BBC show has seen plenty of professional dancers come and go over the years.

From major success to being brutally axed, some of the stars have been on the competition for years whilst others didn't stand the test of time.

They've also provided plenty of drama both on screen and off, with the show becoming notorious for the Strictly curse, which saw plenty of professionals ending up dating their partners.

Ahead of the Strictly 2021 launch show, Daily Star has taken a look at what happened to the dancers who have appeared on the BBC dance floor.

The ballroom bad boy was there from day one of Strictly and won the first series with newsreader Natasha Kaplinsky, amid gossip they were more than just dance partners.

In 2018 he revealed he had been axed via a phone call and appeared to blame his outspoken personality.

Since then the New Zealander has toured in dance shows and starred on X Factor: Celebrity, forming a duo with ex-Hollyoaks star Jeremy Edwards. Cole, 45, now lives in Mallorca with his wife and two children.

Brendan Cole’s ex, Camilla won in 2008 with Holby City actor Tom Chambers but chose not to return after splitting from her co-star. In 2009 she did I’m A Celeb but quit with exhaustion.

She’s since moved to LA and reinvented herself as a life coach, author and hypnotherapist. The Danish beauty, 47, wed former Hollyoaks star Kevin Sacre in 2010.

A Strictly veteran, she is Anton du Beke’s professional partner in real life and the pair still regularly perform together – the pair have been dancing together since 1997.

Erin 46, left the show after eight years to start a family with business consultant Peter O’Dowd – the pair were introduced by Camilla Dallerup – and is mum to one son.

The popular dancer went to have a presenting role on Strictly spin-off It Takes Two but announced he would be following Zoe Ball out the door this year.

He plans to concentrate on his fitness brand FitSteps which he has with fellow former pro Natalie Lowe.

Ian, 50 married boyfriend Drew Merriman in 2017. He also has an upcoming tour with Vincent Simone.

Karen managed to win the show once during her three year stint, taking the Glitterball in 2006 with cricketer Mark Ramprakash but left two years later to set up her own dance studio.

She also appeared on It Takes Two from 2011 to 2017. Now 51, she is wed to professional dancer Conrad Murray and the pair have two sons.

Italian Flavia was in a relationship with pro partner Vincent Simone, and dated her EastEnders celeb partner Matt Di Angelo before tying the knot with her Corrie star partner Jimi Mistry in 2013.

Since calling it a day on Strictly, the 41-year-old has qualified as a personal trainer and runs a fitness and nutrition business with Mistry. It also recently emerged the pair have quit fame to run a farm in north Devon.

Vincent and Flavia were together for a whopping 11 years and have remained close friends, with the pair even spending Christmases together with their families.

Smooth-talking Vincent went on to star in I’m A Celebrity after leaving Strictly.

The 42-year-old still stars in dance shows – including an upcoming tour with Ian Waite – and wed Susan Duddy in 2015. The pair have two sons.

Famed for his outspoken comments to the judges, James, 43, went on to do Celebrity Big Brother and win Dancing on Ice after his departure from the ballroom.

Wife Ola, 38, lasted two more series on Strictly and also ventured into reality TV, on The Jump and I’m A Celebrity.

The pair became parents to baby Ella last year via IVF, documenting their difficulties to conceive over two years. You might have thought being dragged around the dance floor like a sack of potatoes by John Sergeant might have had the Russian reaching for her P45.

But she lasted seven more series before quitting to start a family. She’s now mum to daughter Milena with her former celeb partner and ex-rugby star Ben Cohen.

After Strictly she appeared on Celebrity Big Brother in 2016 and now teaches yoga and dance.

Aliona was the first female pro to claim the Glitterball trophy twice – only Oti Mabuse has equalled that since.

The Kazakhstan-born dancer won with McFly’s Harry Judd in 2011 and The Wanted’s Jay McGuiness in 2015 – shortly after that she revealed she would not be returning. Now 37, she now lives in Florida and is married with a daughter. Blonde Aussie Natalie, 40, made the final with Hollyoaks actor Ricky Whittle on her debut. After leaving, she launched fitness brand FitSteps with Ian Waite and married company director James Knibbs.

She gave birth to a baby boy in December 2019 and has since moved back to her native Australia.

Natalie opened up about suffering two miscarriages just five months in 2018 before eventually welcoming baby Jack, revealing she lost her first baby just after her wedding and the second after their delayed honeymoon.

The Russian won Strictly in 2010 with actress Kara Tointon and they dated for three years before eventually going their separate ways.

He later joined the Stateside version Dancing With The Stars where he is the current reigning champ of the series.

Chigvintsev is engaged to former WWE wrestler Nikki Bella and the pair became parents to a baby boy last summer. The much-loved Russian won Strictly with the late Caroline Flack but announced in 2018 he had decided to “find a new challenge”.

They have another baby on the way after tying the knot in a Las Vegas ceremony.

“Kevin from Grimsby” became one of the show’s most popular dancers and made the final almost every year, winning with Stacey Dooley in 2018. The pair are now in a relationship.

Three-times-married Kevin has gone on to launch his own podcast, owns a property investment business and next year will star in the UK tour of Strictly Ballroom directed by Craig Revel Horwood.

AJ made it to the semi-final three out of the four series he appeared in but quit last year to pursue a presenting career with Love Island star brother Curtis. They recently appeared on Hollyoaks but were panned.

AJ, 26, did last year’s I’m A Celeb but hit the headlines recently when his girlfriend Abbie Quinnen suffered horrendous burns in a TikTok stunt gone wrong.

Strictly Come Dancing returns to BBC One at 7.45pm tonight