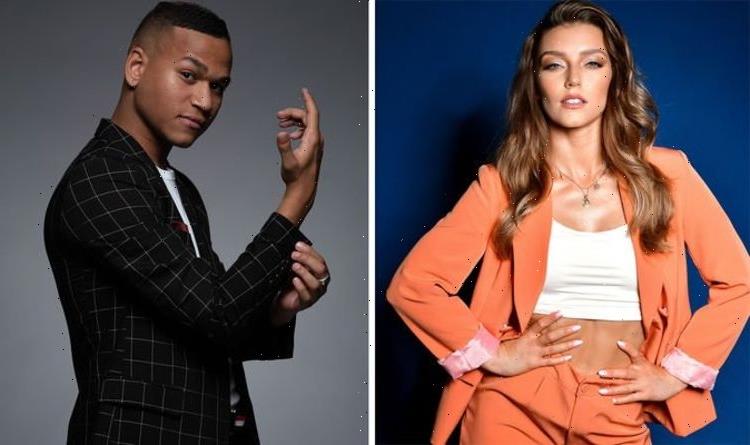 Strictly Come Dancing will be back on the BBC with its 2021 series this autumn and a new casting announcement has come to light. Four new world-class professional dancers will be joining the team for the series this autumn, and fans are keen to meet them. Express.co.uk has all you need to know about the new pros.

Who are the new Strictly professionals?

The professionals have come from all across the globe, including South Africa, Ukraine, Poland and the UK.

The announcement comes after the news that Janette Manrara would be stepping down as a professional dancer to take on a new role as the Strictly It Takes Two host.

Kai Widdrington, 25, is an English dancer and choreographer who was crowned Junior World Latin American Champion in 2010.

He has previously starred in the 2012 season of Britain’s Got Talent, making it through to the final.

Fans may also recognise him as being one of the professional dancers on the Irish version of Dancing with the Stars.

He had planned to follow in his dad’s footsteps by becoming a professional footballer, but when he was nine he decided to focus on dancing.

He said: “This is my childhood dream come true. Watching Strictly from the very first series as a young boy from Southampton and now 18 years later, to be a professional dancer on the show is the most amazing feeling and the biggest accomplishment of my career.

“I can’t wait to step onto the Strictly floor and experience the exciting times that lie ahead.”

Nikita, 23, is from Ukraine but he moved to Italy when he was nine years old, in order to support his sister’s dancing career.

He started dancing when he was just four years old, but his initial passion was in karate, as he aspired to be like his hero – Jackie Chan.

During the nine years he spent in Italy, he became a six-times Italian Champion in Latin and Ballroom.

Fans may recognise him as a professional dancer on Let’s Dance, Germany’s version of Strictly Come Dancing.

He said: “I’ve always been amazed by the magic Strictly Come Dancing brings. No matter what country I have found myself living in, I’ve never missed a chance to watch it.

“And joining it as a professional dancer is my big chance to make some magic on the most famous dance floor. I can’t wait to give it my all!”

In 2015 she decided to leave her competitive Ballroom and Latin career behind to join the cast of touring dance company, ‘Burn The Floor’.

She stayed there for four years before moving to the UK in 2019 and ended up winning the BBC’s The Greatest Dancer the following year.

Under the mentorship of Strictly professional, Oti Mabuse, she won the prize of performing on Strictly Come Dancing.

She said: “This is my biggest dream come true. No words can describe how I feel right now. I’m still pinching myself to check if this is real but I am beyond excited to be joining the Strictly Come Dancing family and I can’t wait to give all of my heart and soul on that dance floor!”

Strictly Come Dancing starts tonight at 7:45pm on BBC One.