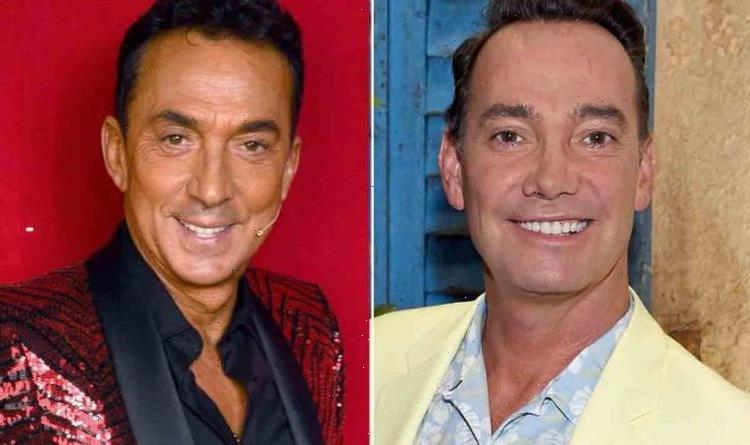 The Strictly Come Dancing stars, who each came to the UK as penniless dancers more than 30 years ago, are huge car fans. So they jumped at the chance of ­driving a classic around Britain for a new series. They shared the driving but almost fell out after Bruno, 65, crashed while reversing on a clifftop in Cornwall. Craig said: “I said, ‘Bruno, be careful, there’s bollards and big rocks behind us.’ He said, ‘I’ve been driving for over 34 years…’ CRASH. And that’s when he threatened to kill me.

“He can be diva-ish when he’s driving. I’m just saying that I’m always wrong and he’s always right. He has an even shorter fuse than I remember.”

Speaking to Radio Times, Bruno compared Craig to fussy Hyacinth Bucket, insisting: “He was the mother-in-law in the back of the car – but even worse because he was next to me.

“I wanted to kill him. It wasn’t a crash. He made such a drama. He was screaming.”

While Craig, 56, is known for his brutal put-downs on Strictly, Bruno said: “Craig is much more laid-back than I am.

“Whatever impression people have of him, they’re wrong. He’s generous to a fault.”

In Craig And Bruno’s Great British Road Trip, the pair get off the beaten track in their Mini to ­discover sights from Snowdonia to the Highlands and the Lakes to the Dales.

And despite moments of tension, the pair actually returned even better friends. Bruno said: “We laughed so much, ­sometimes we nearly cried.”