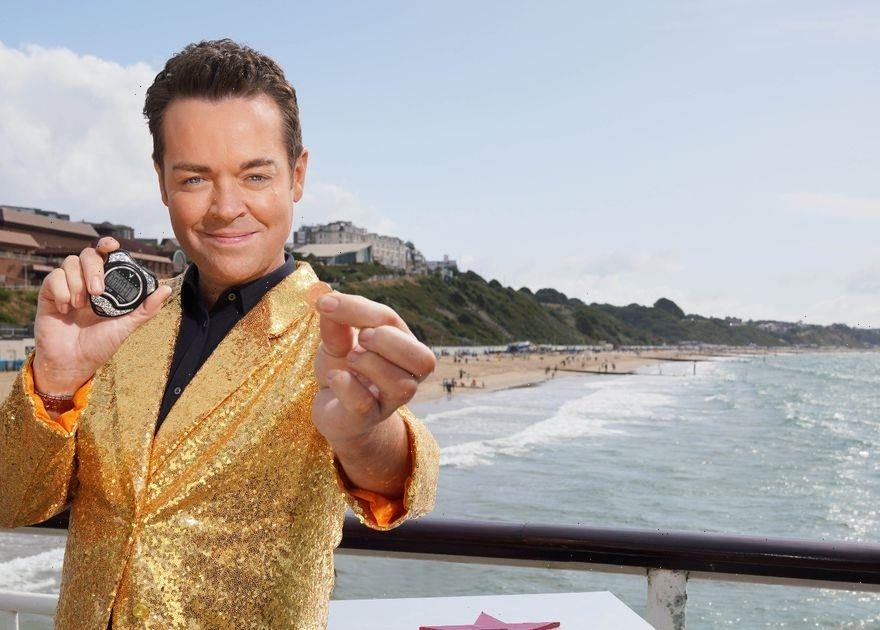 Stephen Mulhern is even told when to touch his chin by ITV directors.

The Saturday Night Takeaway star is known for his iconic sense of humour and partnership with fellow comedy legends Ant McPartlin and Declan Donnelly – but he actually has less creative control than fans might think.

Stephen was recently spotted filming for the all-new series of ITV game show In For A Penny in Liverpool ONE, and fans couldn't believe how things went on the day.

Standing on the balcony outside a row of restaurants, Stephen could be seen chatting to various guests of the show, while ITV crew members made their way around the crowd scouting for who would be best to appear on camera.

One source exclusively told Daily Star of his appearance: "So at first I thought Stephen was ad-libbing to camera and doing his own thing. He obviously had the audience and the guests in hysterics as he chatted to them!

"But then I spotted that every time he moved – like put a hand to his chin, or gestured to the camera, or even pointed at something – he was following the direction of his director.

"She’d put a hand to her chin and he’d copy her a few seconds later, or she’d do finger guns towards the camera and he’d follow shortly after.

"None of it was natural or off the cuff. It wasn’t just telling him where to position himself, it was showing him exactly how to act."

However, Stephen was able to show off his natural charm in other ways, as the source admitted he was in his element chatting to fans and helping guests feel comfortable while appearing in front of the cameras.

They added: "Stephen held his own too, making the audience laugh, and he even stopped filming to wave at a group of school kids walking by in the background who looked pretty starstruck."

Another element of the show might come as a slight surprise to viewers as to the amount of time the In For A Penny sign is held up in the background of shots.

The blue logo is a staple of the programme, and can be seen in the background while Stephen plays cash prize games with guests, but with filming going on for more than an hour, it took its toll on the crew members.

Our source told us: "What I also found strange was the person holding the huge In For A Penny placard in the background has to stand there for so long while they get all the footage! It must have been tiring, because they swapped partway through the process."