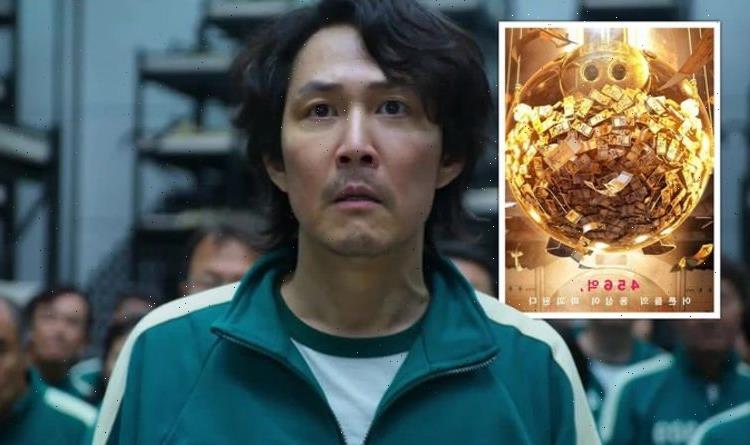 Squid Game is on Netflix now and the TV series is a survival drama similar to films like The Hunger Games and Divergent. The South Korean show follows a group of down-and-outs who are on the brink of financial ruin, and they will do anything to get money. If they make it through all six of the mysterious games, they will win a cash prize of 45.6billion won.

What is 45 billion won worth in the UK?

In the series, 456 people are chosen to take part in the games in a bid to win a huge cash prize.

They have all been picked as they have struggled with their finances and would risk their lives in order to win some money.

At first, they believe they are taking part in traditional children’s games, but they all come with a huge twist.

For those who do not complete the game, they are eliminated and the cash pot builds as each player dies.

What is 45 billion won worth in the US?

The games leader explained how each player was worth one hundred million won, amounting to 45.6billion in total.

During the first game called Red Light, Green Light, a huge number of the players were killed off as they broke the rules.

They were not allowed to move when ‘red light’ was called, and those that were caught moving were shot dead.

More cash was added to the pot every time a player died, enticing the competitors to carry on.

They had been given the ultimatum whether to abandon the challenges or continue, following the shocking first round.

Everyone was forced to leave following a vote, but they were later invited back to continue on.

They had realised they had a better chance in life playing the game than in the outside world, where they were being hounded by debt collectors.

However, the further into the games they got, the more the players started to lose their minds and turn on each other.

In one of the episodes, a killing spree broke out as the game leaders had deliberately starved them of food.

This showed just how desperate the players were to get money so they could make a new life for themselves.

Seong Gi-hun (played by Lee Jung-Jae) is the main character in the series and he is a gambling addict who was thrown out by his wife.

He has a young daughter who lives with her mother, and he is unable to financially support her.

After finding out his daughter, ex-wife and her new partner were planning to move to the US, he wanted to make a drastic change to win his daughter back.

His only remaining option was to take part in the game so he could pay off his debt.

The series has reached the number one spot in the Netflix top 10 as fans have been left hooked on the suspenseful episodes.

There are many nailbiting moments, including a game where the players have to remove different shapes from pieces of honeycomb.

If their shape broke, they would be eliminated, and they had the added challenge of being up against the clock.

Viewers have taken to Twitter to share their thoughts on the series so far, with Choco’s in love saying: “When I [email protected] I sobbed in squid games episode six… I really sobbed, I’ve never cried that hard at a show before.”

Another fan said: “I should NOT have watched #SquidGame before bed; dreamt WILD AF.” [Sic]