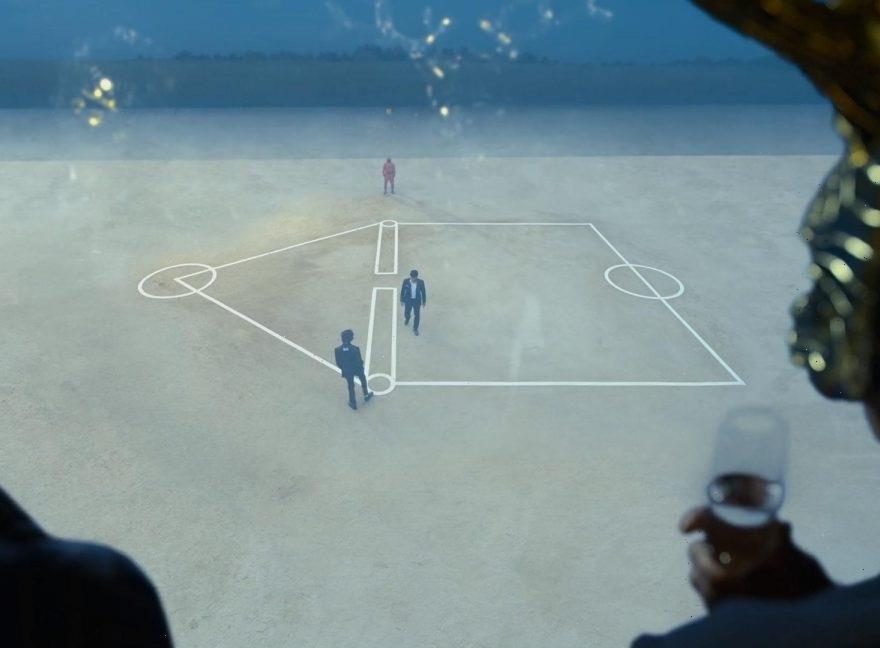 Squid Game‘s Hwang Dong-hyuk spent 10 years writing the Korean drama’s storyline to emphasize the social gap between the rich and the poor and the impact of greed. The K-drama’s director explains why Korea’s squid game needed to be the last level of the Games.

Hwang’s message about greed and power was conveyed using classic childhood games turned into deathmatches. Out of 456 players, only one could survive six rounds and win the million-dollar prize that got bigger with every death. The last level had a more prominent significance compared to the other games.

What are the rules of squid game?

As audiences watched the players try and survive the levels of the games, many likely wondered if the game the K-drama is named after is real? The game Gi-hun (Lee Jung-jae) and Sang-woo (Park Hae-soo) play to win it all costs does exist in South Korea. In Squid Game’s opening sequence, Gi-hun monologues a short story about the game, serving as a clue that ties into the K-drama.

According to Good Housekeeping, the rule requires children to draw a squid-like diagram on the ground. The objective of the game is for the other team to infiltrate the squid’s head. There are two teams, the offensive, and the defensive.

“Once the game starts, the defense can run around on two feet within bounds, while the offense outside the line is only allowed to hop on one foot. But if an attacker cuts through the waist of the squid outpacing the defense, he or she is given the freedom to walk freely on two feet,” explained Gi-hun in the monologue. If a player on the opposing team is pushed out of the boundaries, they die.

Squid Game had many subtle and apparent markers about greed and social class. From the many shocking twists to Il-nam’s (Oh Yeong-su) grand reveal, everything in the K-drama had a purpose. In an interview with The Korean Herald, Hwang explains why squid game needed to be the finale.

“The squid game is a great metaphor for a highly competitive Korean society. I wanted the survivors to look like gladiators. This was the reason why it (the squid game) had to be played last,” Hwang said. The squid-like figure drawn on the ground mimics the levels of society, with the head being the rich and powerful.

Gi-hun and Sang-woo must fight to the death to reach the head and survive. Reaching the head means glory, splendor, and immense wealth. Anyone who steps out of the boundaries is a loser and inadequate. Seong-woo and Gi-hun are the last two gladiators who must face death with no way out.

With Hwang set in making squid game the final level, it was also the perfect title for the K-drama. But, according to Netflix’s VP of Content in Asia Pacific, the drama was almost named something else. Kim Min-young revealed the alternate name was “Round Six.”

Fans might agree the alternate name does not have the same hook and feel like the now popular title. According to Kim, she was worried newer Korean generations could not relate to the K-drama’s title. During Hwang and Kim’s childhood, squid game was as typical as American hide-and-seek. But, Hwang insisted on the original name because of its significance in the storyline and his favorite as a child.