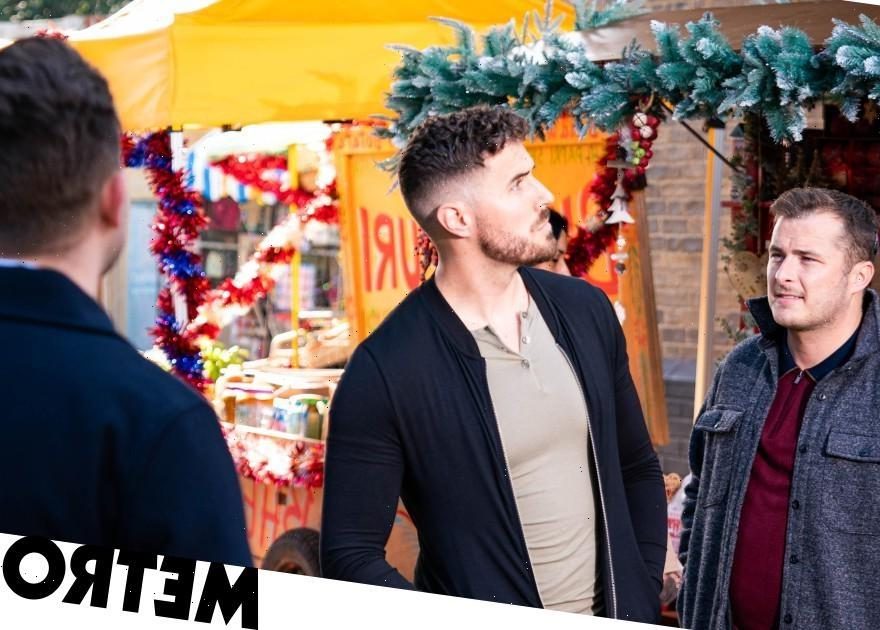 The relationship between Ben Mitchell (Max Bowden) and Callum Highway (Tony Clay) saw some tension in EastEnders recently when Ben recently revealed to his husband that he’d had numerous partners in the past.

This led to further issues when Ben found a phone number in Callum’s pocket after he spent the evening at The Albert without him.

That’s the question he has to think about in an upcoming episode, when he and Ben notice an attractive man in the market.

When he appears later in the Prince Albert, Callum invites him to join them for a drink.

The three get on so well that the conversation soon turns to the bedroom.

And if they agree, what will it mean for their relationship?