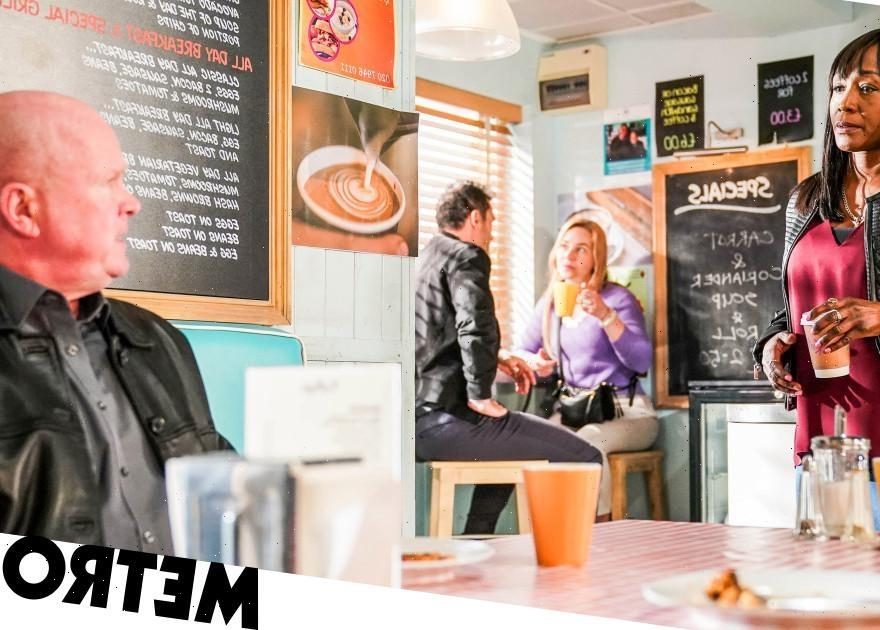 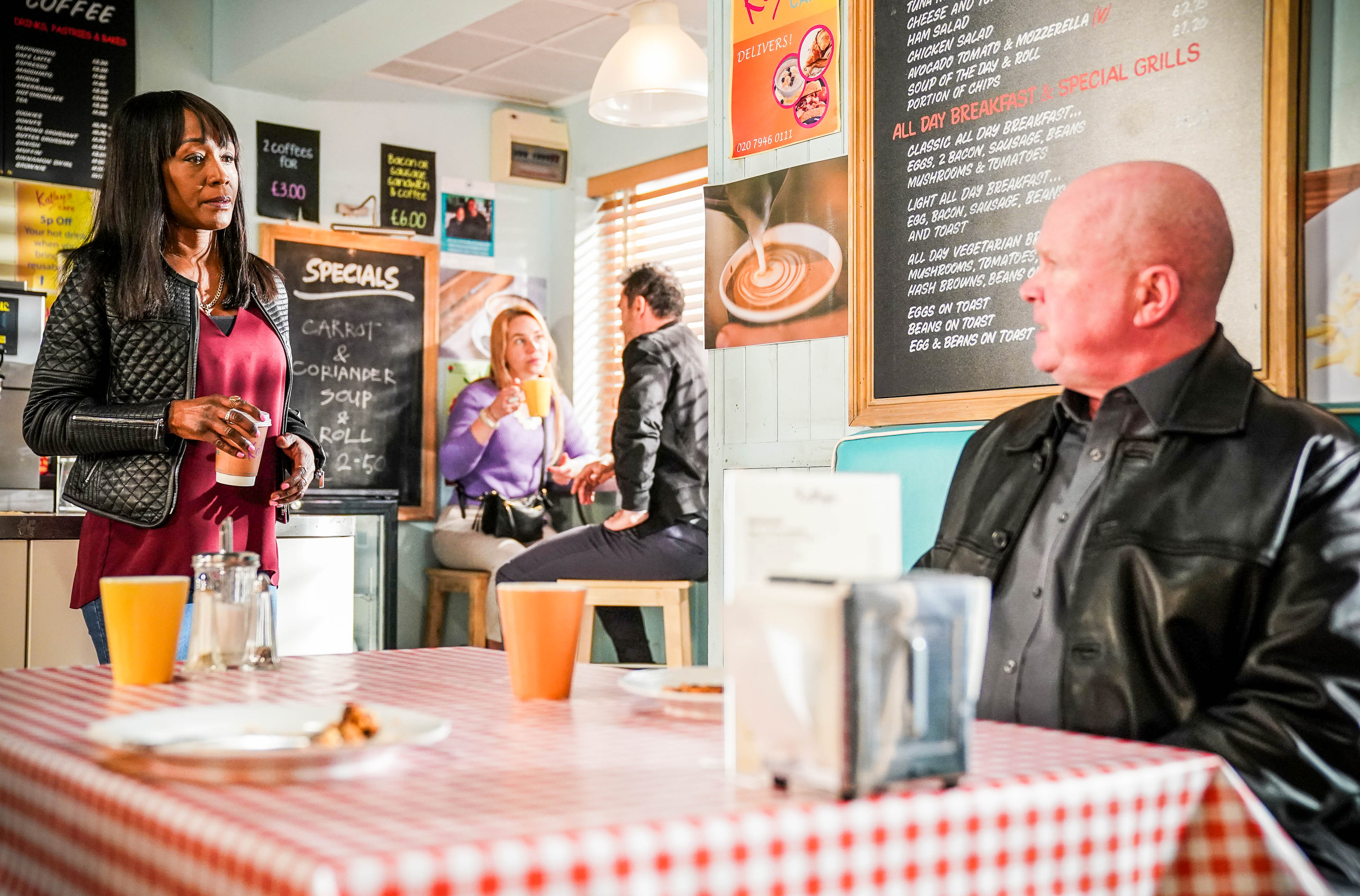 Phil Mitchell’s (Steve McFadden) attempts at getting Denise Fox (Diane Parish) to allow him time with his son Raymond haven’t been a success in EastEnders.

However, getting ahead of himself, Phil decides now is the perfect time to tell Raymond he’s his dad and, just as suspected, things don’t go to plan.

Kat announces the opening of ‘Kat’s Cabs’ to a small gathering and notices Phil is distracted by seeing Denise and Raymond.

Kat later asks Denise to reconsider letting Phil into Raymond’s life, but she refuses. Patrick (Rudolph Walker) then offers some words of wisdom, reminding Denise that Phil can spend more time with Raymond without him knowing the truth.

Later, Denise shows up at the laundrette asking if Phil wants to babysit and he is delighted.

As they bond, Phil tells Raymond that one day, the laundrette will be his and drops the huge bombshell that he’s his dad.

Back at home, Denise and Kim (Tameka Empson) are shocked when Raymond says he’s got a new toy from his daddy.

Patrick and Kim try to calm Denise down, but she’s defiant.

Could this be the end of Phil’s hopes of building a relationship with Raymond?