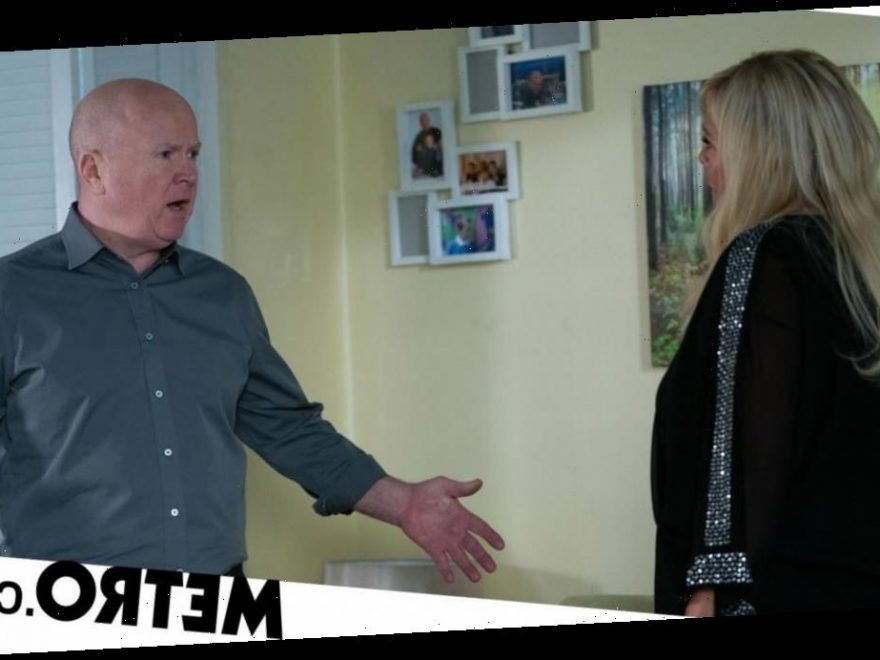 It’s been a question of ‘will they won’t they’ when it comes to Sharon Watts (Letitia Dean) and Phil Mitchell (Steve McFadden) in EastEnders lately.

The two of them have grown closer after Phil helped Sharon destroy Ian (Adam Woodyatt), but Sharon’s hopes of anything happening between them come to an abrupt end soon, as Phil confirms they are definitely over.

A text from Sharon has Phil promising Kat (Jessie Wallace) that there’s nothing between him and Sharon, and Kat assures him she doesn’t care either way.

After helping Phil with some business, Kat wonders what is going on with Sharon, far too proud to admit her true feelings.

Phil sends Sharon a text to meet, giving her false hope for a new future together, egged on by Jean (Gillian Wright).

When Sharon admits her feelings, Phil is forced to admit they’re over.

However, she’s surprised when Phil tells her it’s over with Sharon for good.

It’s certainly come as a surprise, but could Phil be lying to himself about his feelings towards Sharon?