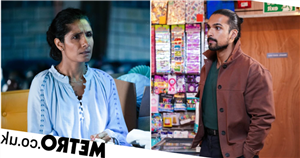 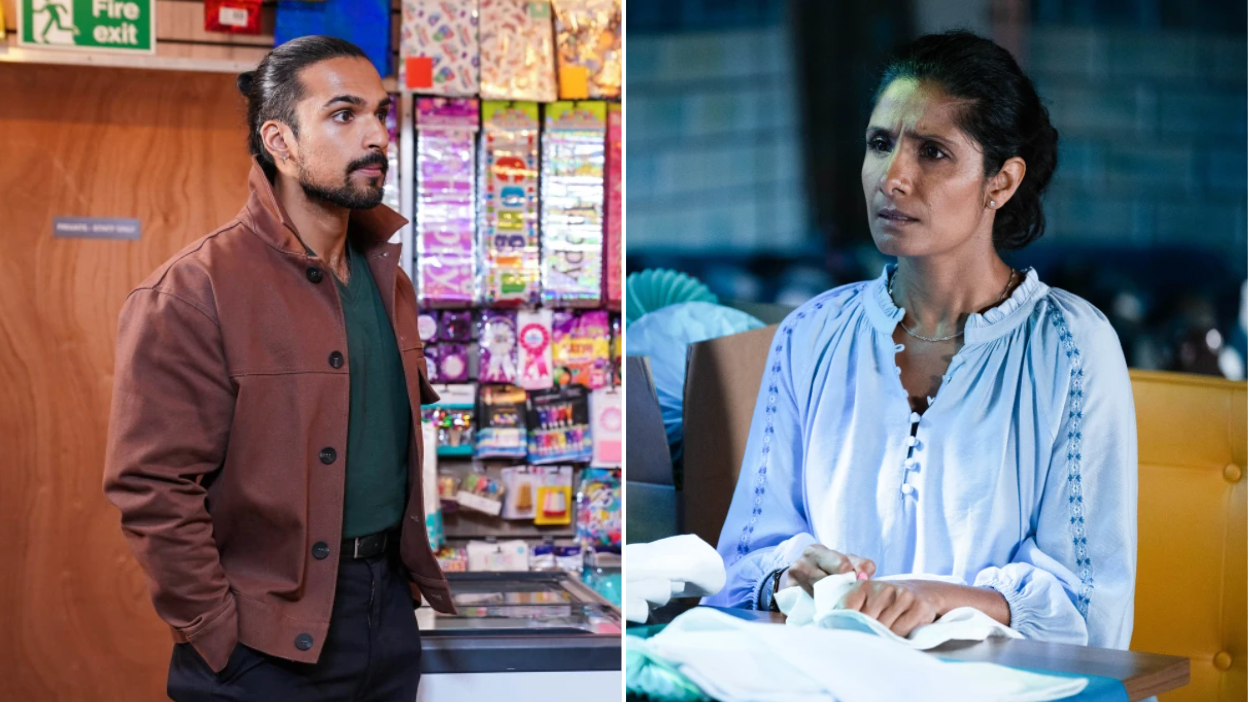 Killer Ravi Gulati (Aaron Thiara) has been covering up his own crime on EastEnders by letting Suki Panesar (Balvinder Sopal) believe that it was she who killed his father, Ranveer (Anil Goutam).

Suki doesn’t know that Ranveer was still alive when she left him with Ravi and that Ravi finished him off. Ravi is determined that Suki should never know this, and that the best way for his father’s murder to remain a secret is for Suki to believe she was to blame.

Ravi becomes concerned by Suki’s behaviour when he learns that she’s been found wandering through Albert Square in her nightdress. Bewildered and confused, she was taken to the surgery and seen by Dr Nina (Hersha Verity) – Ranveer’s wife – which can’t have helped her feelings of guilt.

This makes Ravi worry that Suki could be about to tell someone about what happened on that night and he can’t risk anyone discovering his involvement, so he pays Suki a visit.

He manipulates her into feeling sorry for him, hoping that will strengthen her resolve to keep his father’s death a secret.

Meanwhile his own feelings of guilt grow stronger when he discovers that his son Nugget (Juhaim Rasul Choudhury) has been playing up at school, and one of the reasons for this is that he’s missing his grandfather.

He’s not the only one. People are starting to wonder – where is Ranveer?