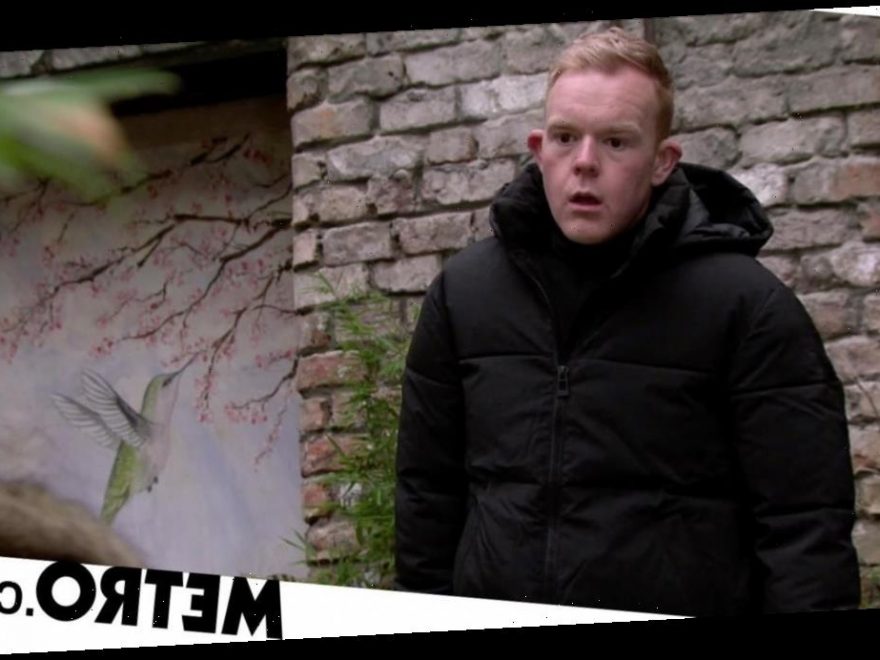 Creepy businessman Ray Crosby (Mark Frost) in Coronation Street has been terrorising the residents for months. He’s been desperate to put his redevelopment plan into place, and has destroyed Faye Windass’ (Ellie Leach) life after trying to rape her.

The Weatherfield clan has tried to take down Ray time and time again, but so far nothing has worked. One person who has been suspicious of Ray from the very start is Craig Tinker (Colson Smith). The copper has known Ray is dodgy ever since Bethany (Lucy Fallon) found herself in danger of him, and tried to convince Faye that it wasn’t safe to be around Ray, but she sadly didn’t listen.

As upcoming episodes will see Faye bravely tell Craig the truth about Ray trying to rape her and her being Adam’s (Sam Robertson) attacker, could Craig be the one to destroy Ray in a dramatic exit story? Colson Smith revealed all:

‘Craig versus Ray is heavily on. Craig is on to Ray and he is definitely coming for him. But again, Craig has to do things the right way. Tim, as Faye’s dad, is going to want to go round and knock Ray’s block off and that is what Craig would want to do too but he can’t, he has to do it by the book which I am sure, in the long run, will work out a lot better for Craig because he will get Ray properly but he has to bite his tongue for now.’

Colson continued his chat, adding his thoughts on what goes through Craig’s head when he learns what has happened with Faye:

‘It is a difficult one because at the same time she confesses about attacking Adam she also tells him about what happened with Ray so it’s quite a compromise for Craig because on one hand he is thinking about his job as she has confessed a crime, and on the other hand he is thinking about his friend and someone he really likes being taken advantage of which she has been by Ray. Craig is caught in a really sticky position and he says to Faye that he is there for her and he will do whatever she thinks is right.

He supports Faye and tells her what happened to her was wrong and that has always been a strong part of Craig’s character, he has always had a moral compass. Craig understands that what Faye did to Adam was wrong but what has happened to Faye with Ray is also wrong.’

Craig reels as Faye admits how she cheated on him and slept with Ray, but as Colson explained, the fact that Craig didn’t protect Faye bothers him more than the fact she cheated on him, and could be the tipping point for Craig wanting to see the end of Ray:

‘I don’t think that Craig cares that she cheated on him at all, I think the thing that Craig cares about is that he wasn’t there to stop what happened to her with Ray. Craig takes a lot of responsibility and especially with girls and people he is close with after what happened with Bethany – Craig beat himself up so much about that fact that he didn’t stop Bethany from being assaulted and so when something similar has now happened to Faye, he thinks again that she should have been there and that she should have done something.

Craig rarely thinks about himself and he makes selfless decisions, and he won’t let Ray get away with this. He has never liked Ray and now this is the nail in the coffin.’