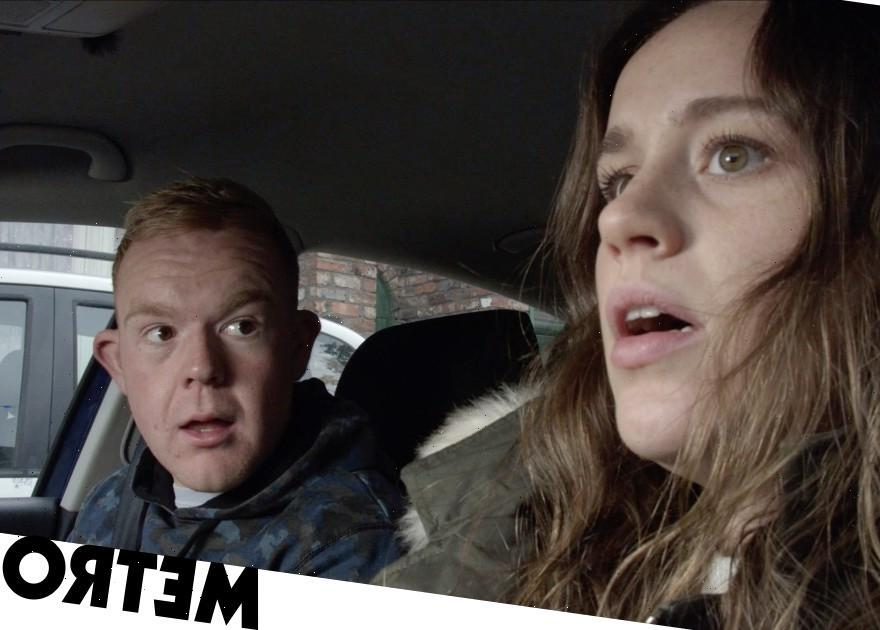 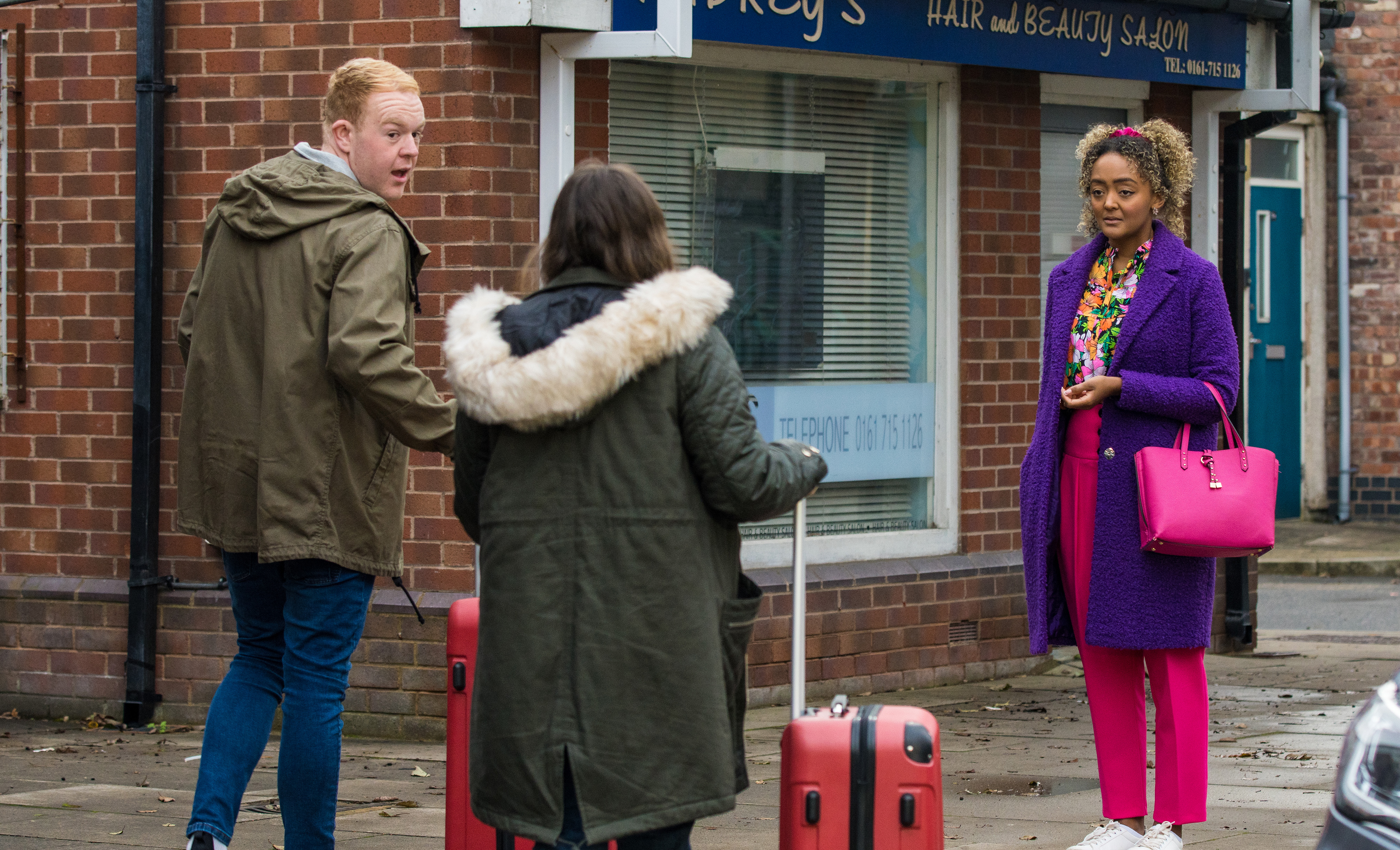 Following the car accident in which Faye Windass (Ellie Leach) and Emma Brooker (Alexandra Mardell) ran over an old man in Coronation Street, the two women have been keeping his death a secret. Faye is terrified that if her part in the accident is discovered she’ll be sent straight back to prison.

Emma’s conscience got the better of her and she phoned the police anonymously, saying she was anxious about her neighbour, Ted. This led the police – including Craig (Colson Smth) to discover Ted’s body in his flat – and Craig revealed that forensics would be searching the flat for clues.

This sent Faye into panic mode when she realised she’d lost a fake nail in Ted’s flat.

With cracks opening up in Emma and Faye’s pact, it’s not great timing for Craig to announce that he and Faye are moving into the salon flat with Emma and Tyrone.

How would Craig react if he discovered what Faye had done? Ellie Leach thinks that he would be very conflicted. ‘Over previous years, he has done everything to protect Faye,’ she explains. ‘They put their relationship on hold so he could focus on his career. Because he does good, I think he would want to stand by Faye, but he is also a police officer. It would be a very sticky situation.’

Now that the police have discovered Ted’s body, and his crutch has turned up in the boot of Tim (Joe Duttine)’s car, it seems like only a matter of time before the truth comes tumbling out. ‘It could definitely unravel,’ says Ellie. ‘It will be hard work and Craig will be asking questions.’

But when he gets the answers to the questions, will he stand by his girlfriend – or will he be the one to send Faye straight back to prison?