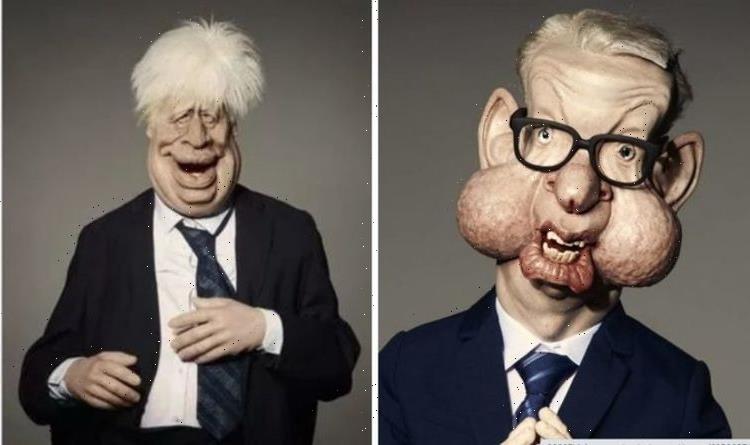 The popular BritBox show sees comedic, puppet versions of prominent people, and is based on the 1980s show of the same name. Boris Johnson features in the series regularly, along with a whole host of politicians, Royal Family members, celebrities and many other recognisable caricatures. Show creator Roger Law admitted some of the sketches now have to reflect the modern era.

“Now you have got young people working who are incredibly woke, which I have sort of come around to.”

Speaking to The Sun, he added: “But it does make things difficult. Because you want to make people laugh.

“You don’t want to bloody irritate them so you have to be careful.”

It was one of the most-watched shows in the 1980s, mocking politics, entertainment, sports and popular culture.

In 1996, it was cancelled as ratings began to decline, but it was revived in October 2020.

The entire series is now a Britbox original commission. The streaming service was created by both the BBC and ITV.

BritBox also features some shows from Channel 4 and Channel 5.

The format is similar to the original series, but it’s clear there are set boundaries this time around.

Speaking to the publication, Roger continued: “If you say one thing satirically and you mean another, there are a lot of people out there on the net that don’t really know the difference.

“That is one of the problems. But it is our problem and we are dealing with it.”

Others such as Vladimir Putin, Elon Musk, Bernie Sanders, RuPaul, James Corden and Adele have also found themselves in puppet form on the show.

It is largely unknown what the real-life inspirations for the characters make of the show, but Stephen Fry revealed he had once spoken to the Princess of Wales about the show, and revealed she “loved” it.

He recalled the conversation while speaking on The Graham Norton Show in 2019, and confessed that Diana reportedly said: “I’m sorry we’re going, but I’m quite glad we’re going early, because it’s Spitting Image on tonight and I’m going to watch it in my room.

“They [The Royal Family] hate it, of course, but I love it.” The original series saw Prince Charles becoming a taxi driver in later episodes.

But the show still isn’t easy on the modern day characters included, with each ridiculed in different ways.

Spitting Image is available to watch on Britbox.