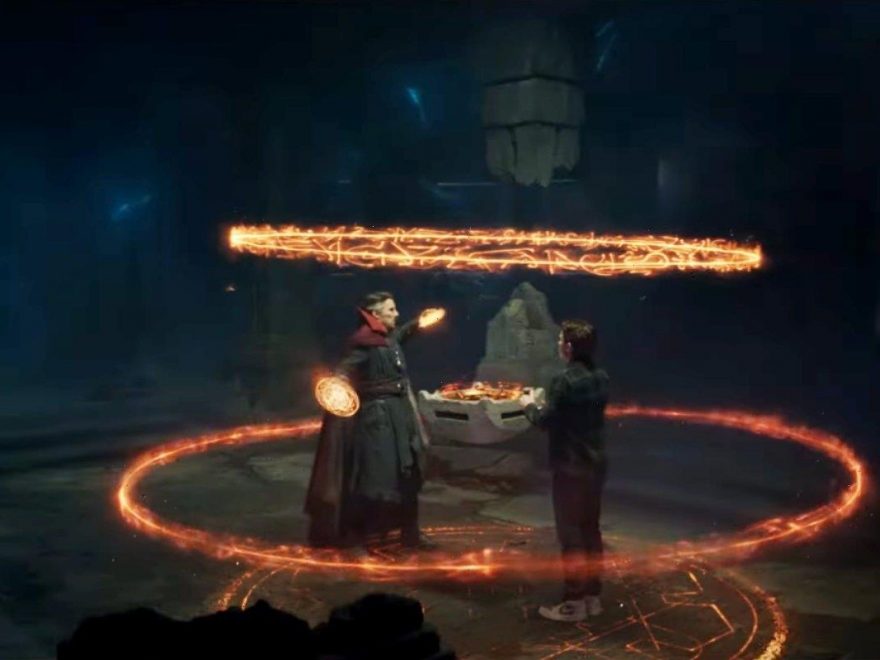 AceShowbiz -The first teaser trailer for “Spider-Man: No Way Home” is finally here for fans’ viewing pleasure. After unfinished footage of the film leaked online, the long-awaited sneak-peek video was officially released on Monday, August 23.

Picking up where “Spider-Man: Far From Home” left off, the trailer sees Peter Parker (Tom Holland) dealing with the aftermath of the big reveal. After Mysterio revealed his identity, he seeks Doctor Strange‘s (Benedict Cumberbatch) help to get his old life back.

Against Wong’s (Benedict Wong) advice, Strange casts a spell that undoes what Mysterio did. “We tampered with the stability of space-time,” Strange warns Peter. “The multiverse is a concept about which we know frighteningly little.” He is also seen scolding the teen for trying to live “different lives,” which becomes more and more dangerous.

As Peter’s actions open the multiverse, they also unleash old Spider-Man foes. The trailer ends with Alfred Molina‘s Doctor Octopus greeting Peter, while Jamie Foxx‘s Electro and Willem Dafoe‘s Green Goblin have been rumored to appear in the movie as well.

According to the official description of the movie, “For the first time in the cinematic history of Spider-Man, our friendly neighborhood hero is unmasked and no longer able to separate his normal life from the high-stakes of being a Super Hero. When he asks for help from Doctor Strange the stakes become even more dangerous, forcing him to discover what it truly means to be Spider-Man.”

In “Spider-Man: No Way Home”, Zendaya Coleman returns as Peter’s love interest MJ, Jacob Batalon reprises his role as Peter’s best friend Ned, and Marisa Tomei still portrays aunt May. Jon Watts, who helmed the previous two installments, is back at the helm, with the script written by Chris McKenna and Erik Sommers. The movie is slated for a December 17 release in the United States.