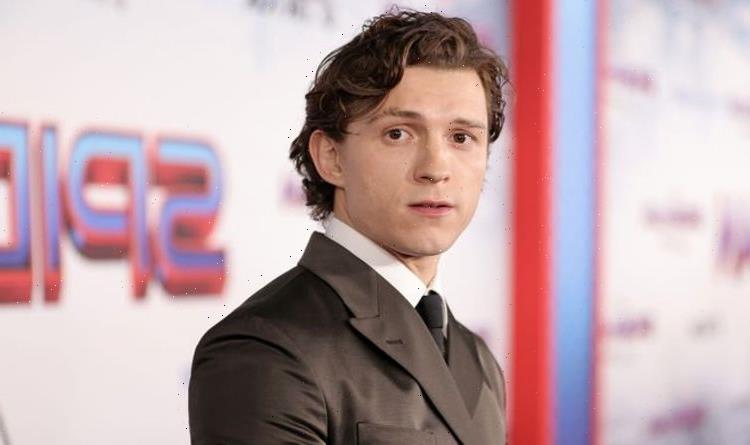 Marvel fans have only just received the latest Spider-Man movie, No Way Home, but Holland is already looking at what might come next. The comic book hero has crossed over with a massive amount of heroes in almost 60 years, including Captain America, Iron Man and Daredevil. But Holland wants to work alongside The Punisher.

The Punisher made his on-screen debut in the second season of Netflix show Daredevil.

Jon Bernthal played Frank Castle in the series, before grabbing two seasons of his own (simply titled The Punisher).

And Holland is keen to work with Bernthal again. The British star recently appeared on YouTube show Hot Ones where he was quizzed about working with Bernthal on 2013 movie The Impossible after being shown a photo of the pair of them together.

He said: “Ahh Jonny B! I love him so much, he’s one of the greatest guys I’ve ever met.”

Holland continued: “I look back on [The Impossible] as a very fond experience and meeting him was, you know, one of the highlights.” He added: “We haven’t had the chance to work together since, but I would love to.” Punisher was cancelled by Netflix when Marvel brought an end to their deal with the streaming giant. But Bernthal’s time as the brutal ex-military vigilante may not be over just yet.

Rumours suggest that Daredevil will be making a return to the MCU in the near future, so the extended collection of Netflix heroes could also make a return – including Punisher.

Daredevil’s nemesis, Kingpin, is also said to be making a return in the coming months.

Punisher’s appearance in the series would certainly spice things up for Spider-Man, as he has currently only faced off against people with powers or those with especially powerful weaponry.

Punisher thrives off of being a tactical and military genius – so how would he fare against Spidey?

Holland also spoke candidly about working with Bernthal during the interview.

He recalled asking the American actor to hit him before the cameras started rolling.

He said: “Sometimes as an actor if you’re doing a scene that requires, like, real stress, I find it quite helpful if someone kind of roughs me up a little bit. And I said to Jon, I was like: ‘Mate’ – this was right before the scene – ‘Could you just rough me up a bit, and, you know, just scare me a little bit, please?’

Although Bernthal said he didn’t want to hurt Holland, he quickly flipped on him.

Holland added: “And I went: ‘Right, we’re rolling,’ and they went: ‘Action!’ and [Bernthal] went WHACK!”

Although he didn’t expect to get hit, the 25-year-old said it was “great”. He added: “It worked so well for the scene. But he just – he just didn’t want me to know it was coming. But he properly cracked me one.”

Spider-Man No Way Home is in cinemas now.