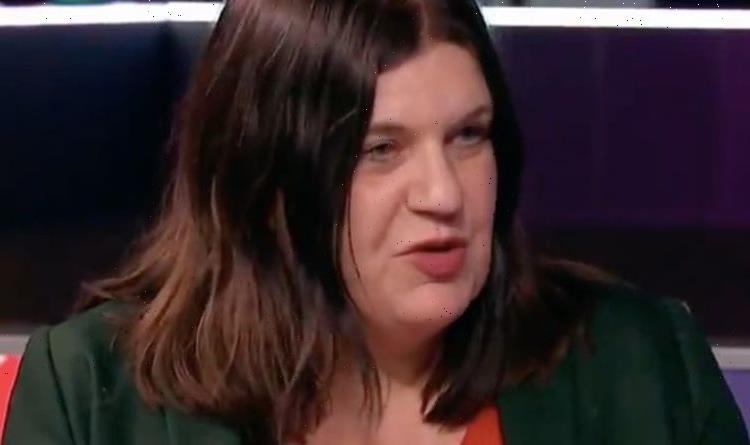 Susan Aitken, Leader of Glasgow City Council has said that their teams take three days to clean up graffiti on the streets of Glasgow when all it takes is “a wee ned with a spray can half an hour to do”.  There have been criticisms concerning the state of streets in Glasgow ahead of COP26 later this year where world leaders, activists and journalists are set to descend on Glasgow from October 31 to November 12 at the SEC.

Speaking on The Nine show, Connor Gillies said: “Just a few weeks ago you did say that Glasgow needed a bit of a spruce-up this morning on BBC Radio Scotland.

“You said that some of the descriptions over the last few weeks of the city, around the state of the city had been inaccurate and unfair.

“Let’s just look at some pictures that we gathered today around the Cop26 Campus. These took less than five minutes to gather.”

The footage then showed pictures of signs covered in graffiti.

The host asked: “You know, can we get an example of what we’re talking about here that’s inaccurate around what the folk are going to see next month?”

Susan Aitken replied: “Well, that’s one example. So I often see people posting flytipping or something. But what’s not never responded to is how long did it take us to clear that up once it was reported to us.

“The answer is usually a couple of days.

“It used to be 28 days. Graffiti as a particular issue, and it’s not unique to Glasgow.”

She went on: “But graffiti and vandalism has absolutely spiraled during the pandemic.

“It’s not the council who’s cutting out that graffiti.

“What takes, to be perfectly honest, a wee ned with a spray can half an hour to do, can take our teams three days to clean up.

“It is incredibly resource intensive. That doesn’t mean to say that we’re not doing it.

“Graffiti removal was one of the things that took a backseat during the pandemic because we had significant constraints on our staffing.”

The host asked: “Is it still not though taking a backseat when that footage that we’ve just been showing there is what the first one of these things that the delegates coming to Glasgow are going to talk about”

Ms Aitken said: “That is literally work going on just now, to do all of that. We are dealing with this. And as we recover as we move towards Cop26 and Cop26 taking place.