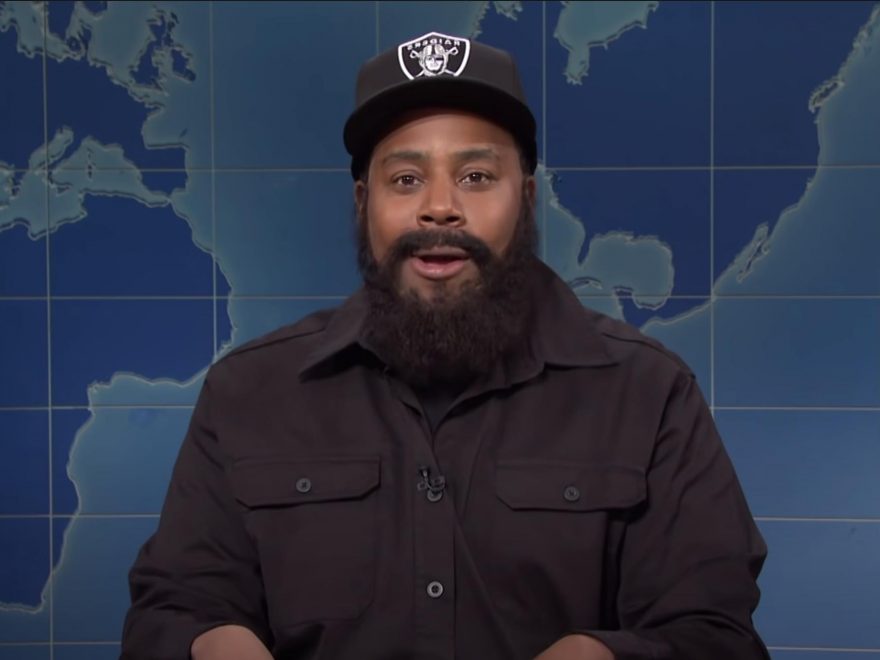 Saturday Night Live’s Weekend Update pushed Ice Cube — or Kenan Thompson — to explain his refusal to get vaccinated on the show’s latest episode.

In late October, news emerged that the rapper exited his upcoming comedy with Jack Black, Oh Hell No, after declining the producers’ request to be vaccinated ahead of shooting; Ice Cube walked away from a $9 million payday over his decision.

Weekend Update’s Michael Che asked Thompson’s rapper why he refused to get the vaccine.  “I just rather be myself than take the vaccine like you 3 billion other bozos,” Ice Cube responded.

Instead of providing a clear answer on his vaccine stance — the real rapper still hasn’t commented on the Oh Hell No exit — Thompson’s Ice Cube instead championed a bunch of upcoming projects, including Barbershop 4, a Friday prequel called Thursday and an M. Night Shyamalan film titled Uh Oh, Twist Comin’, where the twist is there is no twist.

At the very end of the appearance, Thompson’s Ice Cube finally revealed why he turned down $9 million: He’s afraid of needles.