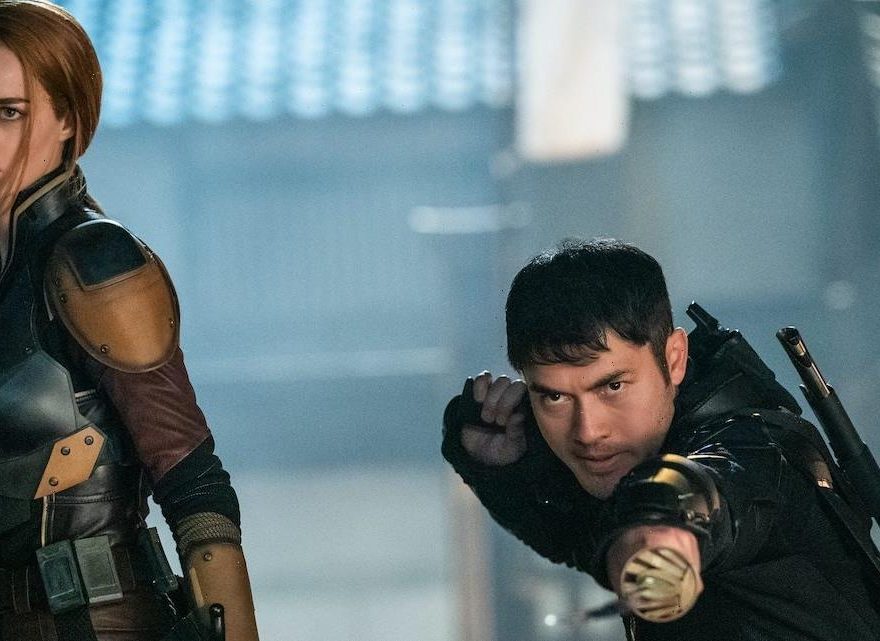 Snake Eyes hits theaters this weekend, and as much as it seemingly tries to separate itself from the G.I. Joe franchise, it can’t. It’s in the title, after all: Snake Eyes: G.I. Joe Origins. So how does the Henry Golding-starring prequel movie lay some groundwork for everyone’s second-favorite action franchise based on Hasbro toys? Through a few cameos and awkwardly-inserted lines. Here is the Snake Eyes ending, explained.

How Does Snake Eyes End?

It takes until the end of the film that we finally see Golding’s Snake Eyes don the character’s memorable helmet, but it doesn’t take until the end for Snake Eyes to start building up the future of the G.I. Joe franchise. Original G.I. Joe member Scarlett (Ready or Not‘s Samara Weaving, taking on the role previously played by Rachel Nichols) entered the fray as an ally of the Arashikage Clan, investigating the motives of the vengeful Kenta (Takehiro Hira). Kenta had arrived in Japan with the intent of stealing the Jewel of the Sun, a gem with the power to blow things up, which the Arashikage Clan had sworn to protect. Of course, Kenta’s plan is quickly traced back to Cobra, the terrorist organization that has long been the foe of the Joes.

Kenta’s ally is revealed to be none other than Cobra mainstay, the Baroness. Played in the film by Úrsula Corberó (taking over from Sienna Miller in the past G.I. Joe movies), the Baroness has teamed up with Kenta to help him usurp the Arashikage Clan, if he gives Cobra the Jewel of the Sun in return. But naturally, Kenta being the scenery-chewing ’80s villain that he is (complete with ridiculous shoulder pads), he decides to keep the Jewel of the Sun for himself, forcing the Baroness and Scarlett to assume a temporary alliance to survive the assault on the Arashikage temple. But just as the fighting gets good, the Baroness naturally slips away, while Scarlett forms a connection with the newly redeemed Snake Eyes.

But the biggest piece of G.I. Joe lore doesn’t have to do with Snake Eyes, necessarily, but with Tommy Arashikage (Andrew Koji), AKA Storm Shadow. When Tommy gets hold of the Jewel of the Sun during the assault on the temple, he’s overcome with rage and the gem’s power, and does the unthinkable: he uses it to try to kill Kenta. For this, Tommy is barred from inheriting his role as the leader as the Arashikage Clan. Outraged, he storms out and vows revenge on both the Arashikage and his former blood brother, Snake Eyes.

Guilty over his part in the destruction of the Arashikage estate and in Tommy’s ostracization from the clan, Snake Eyes decides to pursue his friend and make amends. But before he goes on his quest, he’s approached by Scarlett, who hands him a heavily redacted file.

“My commander, General Joe Colton, wanted me to share this with you,” she says.

The file reveals that Snake Eyes’ nameless father, who was killed 20 years ago by Cobra agents, was actually serving as an undercover Joe. And now, his shoes are ready to be filled by Snake Eyes in an oncoming war brewing between G.I. Joe and Cobra.

G.I. Joe fans may recognize the name of General Joe Colton, also known as the “original” G.I. Joe — which is interesting, since he never appeared by name in all 95 episodes of the classic ’80s cartoon. Joe Colton is portrayed by Bruce Willis in the 2013 film G.I. Joe: Retaliation and has appeared throughout the comic series G.I. Joe: A Real American Hero. But he only really came into his own when he was offered as a mail-in figure celebrating the franchise’s 30th anniversary in 1994.

The Shadow Before the Storm

What about what happens after the end! That’s right, there’s a brief mid-credits scene in Snake Eyes, which picks up on Tommy after he stormed out (heh) of the Arashikage estate. Brooding in his fancy private plane, he’s suddenly approached by the Baroness, whom he immediately greets with a blade to her throat. But she has a proposition for him.

“I’m here to make you an offer,” she says, smoothly. “You lost an army, Tommy. I can offer you a better one.”

But Tommy doesn’t want to be called by that name anymore. “Storm Shadow,” he replies, accepting her proposal. “Call me Storm Shadow.”

The film had been building to Tommy’s turn to the dark side for a little, with him losing his temper at one point, leading Akiko (Haruka Abe) to remark, “You have that look you get sometimes. The shadow before the storm.” (I know, I groaned too.) But now the mid-credits scene firmly establishes that Tommy has allied with Cobra, all the while building to an eventual reunion with Snake Eyes and the newly-minted Storm Shadow. And of course, with a war set to break out between G.I. Joe and Cobra. Could we see how it all plays out in a sequel? Maybe!