Weaver has described the backlash and criticism she faced after stripping to tiny panties in the closing scenes of the first Alien film: “People have said, ‘Aw how could you demean yourself by doing a striptease?’ And I say, ‘Are you kidding? After five days of blood and guts, and fear, and sweat and urine, do you think Ripley wouldn’t take off her clothes?” Her character Ripley was the last survivor of the Nostromo and started to take of all her clothes in her quarters, thinking the danger had finally passed. Instead, she faced one last terrifying battle with the horrifying monster that didn’t just petrify audiences, it was accused of voyeurism. What people didn’t realise is that was exactly what director Ridley Scott was aiming for. His successor, James Cameron, however, blasted the scene. SCROLL DOWN TO WATCH THE ALIEN SCENE

The camerawork certainly gets up close to a nearly naked Ripley, sparing nothing as she hides and writhes away in fear in the micro-knickers.

Weaver said: “You see the alien is in its birthday suit the entire scene, so I thought it was a cop-out having me wear the underwear and not stripping entirely…”

She also described how the scene was “kind of provocative- you almost seeing me through the alias eyes.”

Yet, original drafts of the film not only featured a lot of transactional and recreational sex between the crew members to relieve boredom or stress, but also a daringly provocative “quasi-sexual” moment between Ripley and the alien when she was taking a shower. 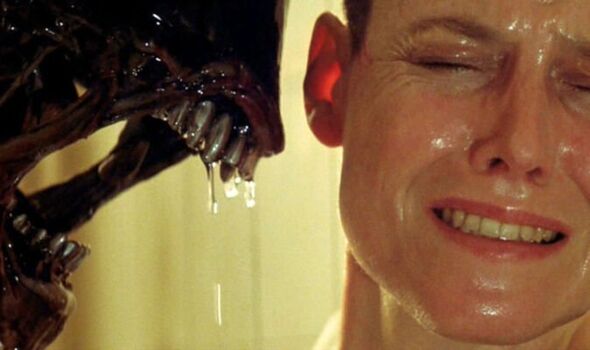 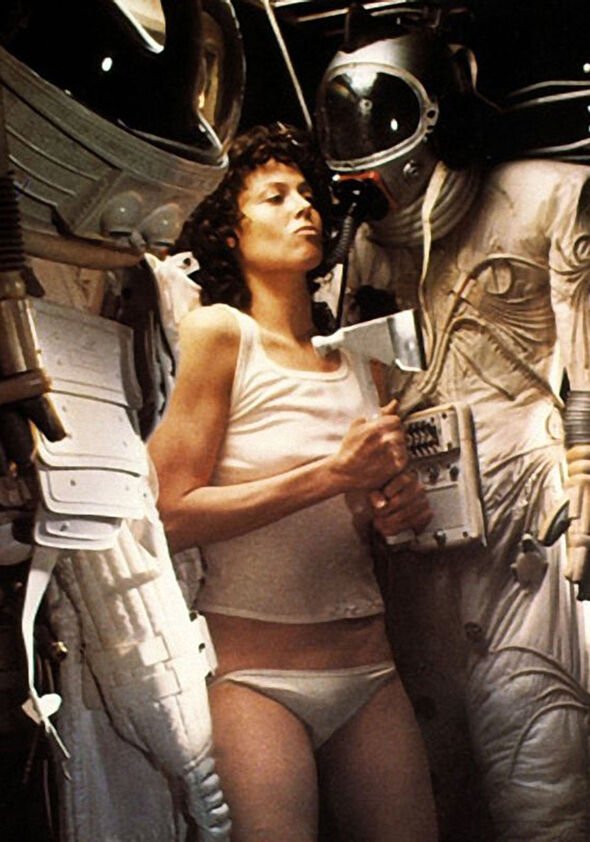 On the 2003 DVD special edition commentary between Weaver and Scott, the actress said: “We actually wanted to have more of a quasi-sex scene.

“We wanted the alien to come and look at her through the glass and be intrigued by the soft pinkness of her compared to him. We wanted him to be that intelligent and that it kind of turned him on. Beauty and the Beast, I think we were going for.”

Little by little, all the sex scenes and the more overtly sexual imagery were removed from the movie. HR Giger’s Xenomorph original illustrations of the creatures drawings were “very phallic in nature.” Hardly less subtle were details like the  Xenomorph’s rigid emerging secondary mouth, or, for that matter, the Nostromo’s doors, which “resembled genitalia.”

Looking back, however, Weaver has since said: “Having received the mail I have I would now think twice about taking off all my clothes in a movie.”

Her Aliens director Cameron has gone much further, denouncing the sexualised final scene of the first film.

He told Australia’s news.com: “For me, that stepped over the line.” He added that when it was his turn to direct the sequel: “I said ‘I think I can make a movie with a compelling female character who doesn’t have to do that.’. So that’s been my goal and my mission throughout.” 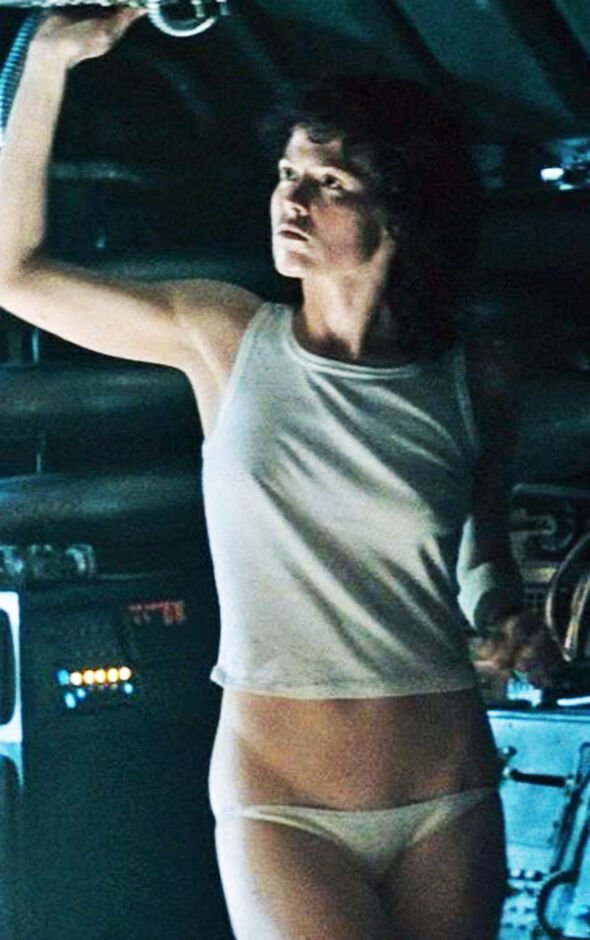 “Cameron said: “I’ve never really operated under studio pressure, I’m sure a lot of filmmakers do, but I was able to be successful enough, early enough, that they kind of left me alone aesthetically.

“I follow my own muse for what I think is right. My films continue to be successful and they continue to not objectify women so I think that speaks for itself.

“I made it my goal to make women interesting without making them sex objects and I think I was pretty successful at doing that.”

ALIENS IS ON ITV4 TONIGHT AT 10PM