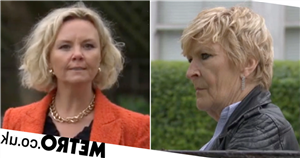 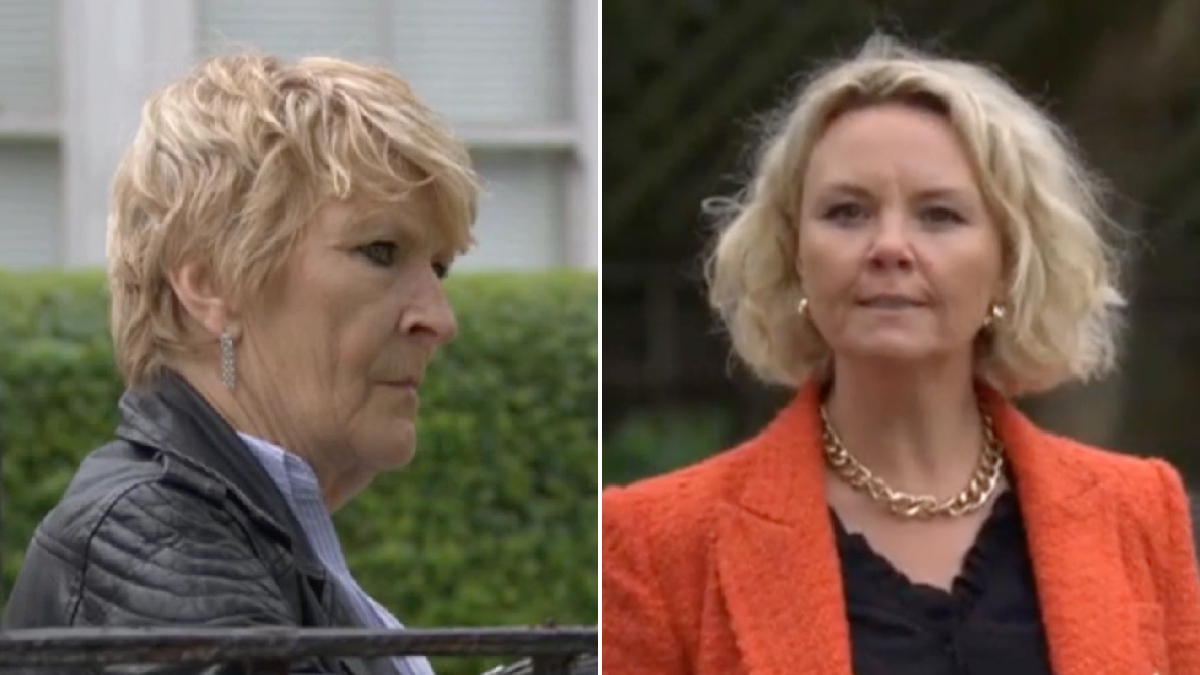 Shirley Carter’s (Linda Henry) freedom could be at stake in EastEnders, after Janine Butcher (Charlie Brooks) discovered that she attacked Phil Mitchell (Steve McFadden) moments before the fire.

The mainstay of the BBC One soap headed over to 55 Victoria Road to have it out with Phil over his role in Tina’s (Luisa Bradshaw-White) disappearance.

Phil, however, refused to accept any sort of responsibility – no change there then – and thus Shirl lashed out, attacking him with a baseball bat!

Little did she know, however, that Phil had been cooking, and therefore the hob was left on.

In the aftermath of the showdown, Janine confronted Scarlett (Tabitha Byron) and Tommy Moon (Sonny Kendall), and she unknowingly caused the fire by throwing her daughter’s jumper on the hob.

After rescuing Tommy from the fire, she was branded a ‘hero’ by her nearest and dearest, and attempted to use her newfound status as a pillar of the community with Kat Slater (Jessie Wallace), hoping to convince her to let her have custody of Scarlett.

Kat, while grateful for Janine’s actions during the blaze, refused to budge, and arrived at court, where she was ultimately granted custody.

Janine was heartbroken, but that wasn’t the only thing she had to deal with, as she discovered that she might have had a part to play in the fire!

But, in typical Janine fashion, she quickly devised a plan, and – having overheard a conversation in the cafe between Phil and Callum Highway (Tony Clay) – she discovered that Shirley assaulted Phil seconds before the blaze.

She proceeded to confront Shirley publicly, revealing to all the passers by that it was she who started the fire!

The question is: will she attempt to have Shirley thrown into prison in order to cover her own tracks?

Is Shirley looking at a prison sentence for what she’s done? And if so, will Janine be primarily responsible?

EastEnders continues Thursday September 16 at 7:30pm on BBC One.