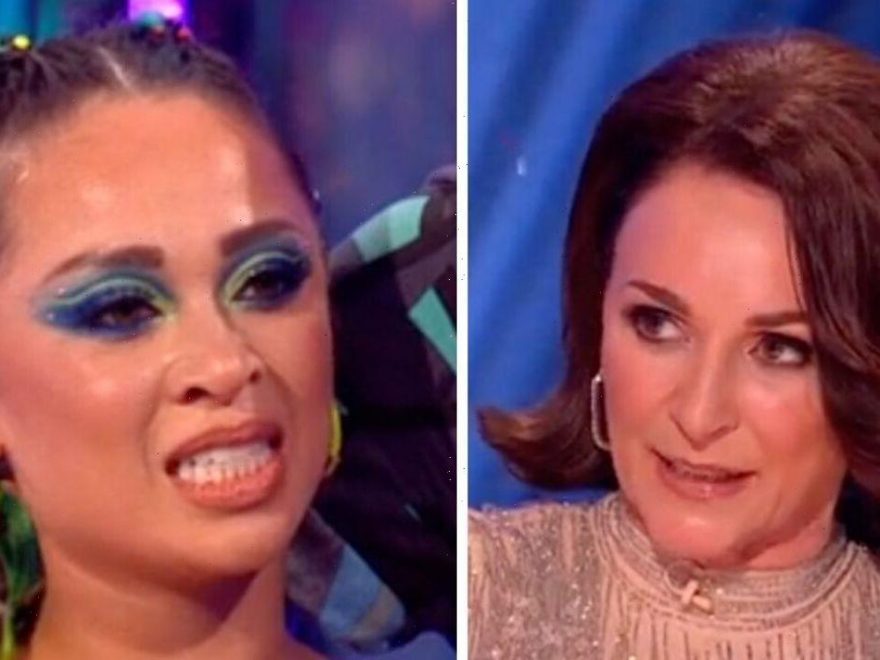 On the latest instalment of Sunday Brunch, hosts Simon Rimmer and Tim Lovejoy welcomed Strictly Come Dancing judge Shirley Ballas onto the sofa. Speaking about contestant Tony Adams, the three discussed his performance during Saturday night’s show. However, the Strictly judge revealed that Katya wasn’t pleased with the mistakes Tony made.

Speaking about this year’s series of the hit BBC One dance show, the long-running judge admitted that she feels as though everyone has upped their game.

Shirley then mentioned how football legend Tony Adams has given his all each week after having no previous background experience.

On Saturday night’s show, Strictly fans watched as Tony and his professional partner Katya Jones took on the Salsa to Pitbull’s song  I Know You Want Me.

However, their routine landed them at the bottom of the leaderboard with a total of 21 points after making a few mistakes throughout the dance.

Touching on the performance, Shirley said: “Last night he was raring to go and he made a couple of mistakes here and there just because he got so excited.

“He wanted to put his best foot forward for everybody.”

Touching on his own experience on the BBC dance show, Simon praised the Strictly professional dancers as he called them unbelievable.

He said: “Katya would have undoubtedly seen, knowing what his strengths are. No matter how few strengths there are, I know that from what Karen was teaching me, you go, ‘Alright let’s use that, that bit you’re alright at’

“They try and master bits you know you’re not good at. They’re all so brilliant at that, the choreography is incredible.”

Speaking about the professional dancer Katya and her current partner Tony, Shirley exposed that she wasn’t pleased with their routine.

She said: “I’ve known Katya for a long time and she is a tough cookie!

“When he made some mistakes yesterday she was not a happy camper, she is the best teacher for him for sure.”

Once Tony and Katya finished their routine, it was clear that the football legend knew he’d messed up as he put his hands over his face.

Giving him feedback, Anton du Beke said: “For me, every time you come out if I could give you 15 I would.

“But, you went a bit wrong so it might not be 15 today but a good effort nonetheless well done!.”

Craig Revel Horwood commented that it was a shame that they had messed up while Motsi said that he tried a little too hard.

Despite Tony and Katya finding themselves at the bottom of the leaderboard, it was a successful night for actress Kym Marsh and her partner Graziano Di Prima.

After their Argentine Tango routine, they received their highest score of the series so far with an impressive 37.

Judge Anton was so blown away by their performance that he gave the duo their first perfect score of 10.