When “Shining Vale” creators Jeff Astrof and Sharon Horgan first met they knew they had a delicate job on their hands. The series, following a novelist played by Courteney Cox, who is haunted by the ghost of a 1950s housewife (Mira Sorvino), had to strike the right tone between horror and comedy. What they knew they wanted to do was directly reference some of the classic horror and noir movies that inspired them. “The tone was being able to do references and homage without making it a spoof,” Astrof told IndieWire via Zoom.

Initially pitched by Horgan to Astrof as “‘The Shining’ but a comedy,” the creators and crew reveled in inserting references to their favorite horror features. So much so that the series almost requires repeat viewings to find everything. Something as minor as the wallpaper that papers the interior closet where Cox’s Pat Phelps finds a hidden tiki bar is a callback to short story writer Charlotte Perkins Gilman’s legendary story, “The Yellow Wallpaper.”

Below, Astrof and Horgan discussed several of the classic horror and noir movies they referenced in the series and what viewers should be on the lookout for while watching the series.

The Stanley Kubrick-directed adaptation of this Stephen King-written novel is one of the primary references throughout the series. The scene between possessed writer Jack Torrance (Jack Nicholson) and his wife, Wendy (Shelley Duvall) talking about writing, with Jack’s exclamation for Wendy not to bother him is directly lifted and spoken verbatim in the beginning of episode four between Pat and her husband, Terry (Greg Kinnear). Ironically, though the scene is recreated verbatim, some members of the show’s team didn’t catch the reference. “Some people were like, ‘What is….? Why are we doing a scene where she’s typing? It’s confusing.’ I said, ‘That’s a direct lift from The Shining,’” Astrof said. The series lifts another moment from the film, this time between Terry and his son, Jake (Dylan Gage) later in Episode 6.

Eagle-eyed viewers might also note how the Phelps house looks like the famous hotel in Kubrick’s feature. “I didn’t notice this till we were there on the day, shooting, that the curtains were the pattern of the Overlook Hotel,” said Astrof. “The original house that we used we rebuilt on our stages at Warner Bros. and I said I want long hallways. Jeff Shane, who is our set designer, said ‘I can use the wallpaper from the Overlook’ and I said ‘Okay, that’s the end of that sentence.’ So the wallpaper was the wallpaper from the Overlook Hotel in ‘The Shining.’” 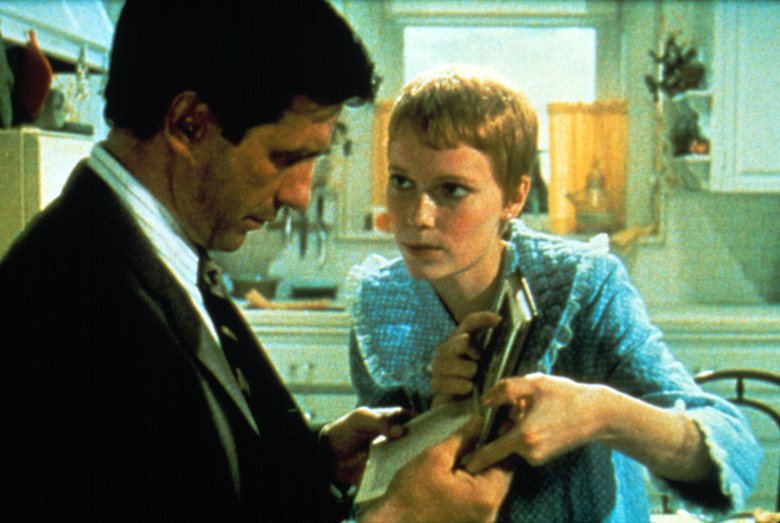 Much like Rosemary Woodhouse (Mia Farrow) in this 1968 horror feature, Pat Phelps is saddled with her own baby to nurture, her book as well as the ghostly Rosemary who could be a symptom of Pat’s mental illness. Astrof said they modeled the Phelps’ kitchen off the original from Roman Polanski’s feature. There’s also a direct callback to the movie in the pilot episode. As Horgan said, Pat and Terry decide to christen their new house with Pat saying, “Let’s make love to her husband” just like Rosemary says to her husband, Guy (John Cassavettes) in the feature. Unlike that film, Terry ends up getting caught in his shirt and spoiling the moment. The show also used the same lamp in that sequence as in Polanski’s film. 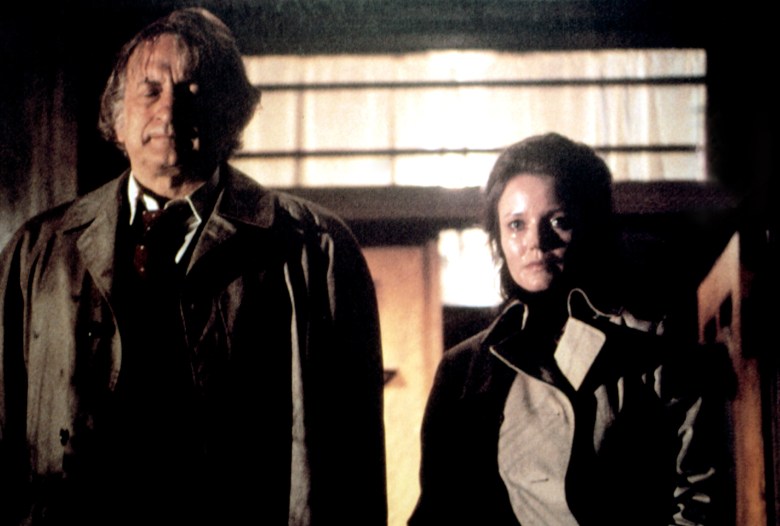 The pilot also boasts a sequence homaging this 1980 George C. Scott-starring horror feature, wherein a yellow ball bounces down the Phelps staircase. Interestingly enough, there was an additional personal connection to this horror film on-set. “On the day that we did that the B-camera operator said, ‘You know my father shot The Changeling?’ and I said, ‘You’re kidding me?’” Astrof said. The camera operator went on to show Astrof a clip of his father, director Peter Medak, shooting the staircase scene. When it was time to shoot the sequence in “Shining Veil,” the camera operator recorded a message. “Our second camera operator who shot this said, ‘I’m doing a series called Shining Veil. This is the ball that we’re using to go down the stairs in honor of my dad’s movie. Dad, this is for you.’ And I was like there’s no way, no way we’re not using the scene no matter what,” said Astrof. 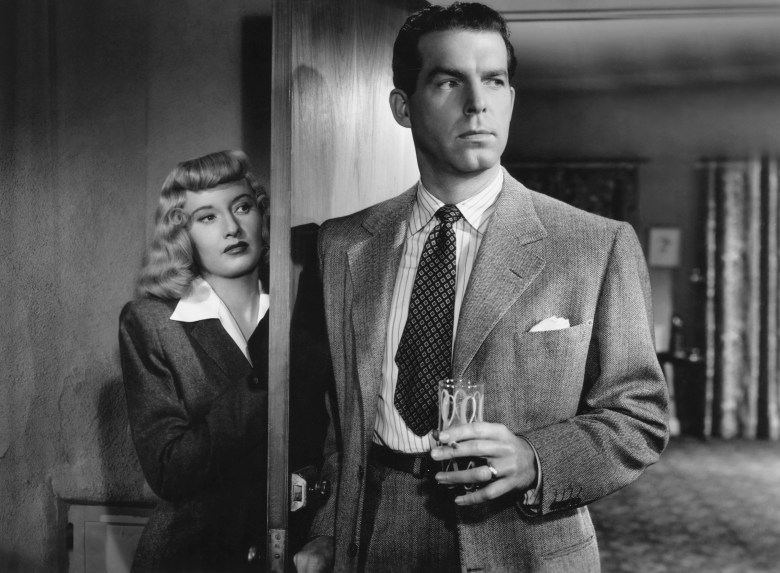 Noir and horror, as Astrof said, are strange bedfellows as the former film genre often positions its female characters, the femme fatale, as the living embodiment of the devil. So it made sense to set up Rosemary as a 1940s femme fatale who literally is a demon. In Episode 7, during a housewarming party from hell, Rosemary and Pat get a moment to evoke the 1940s glamour of Barbara Stanwyck in 1944’s “Double Indemnity.” That feature, directed by Billy Wilder, follows a femme fatale who convinces an insurance salesman to murder her husband. In the show, Cox’s Pat Phelps comes down a staircase, swathed in swirling cigarette smoke, like Stanwyck.

Sharon Horgan said the femme fatale resonated with her to show Rosemary’s limited choices in life. “The ’50s thing was just always about what it meant to be a woman at that time,” she said. “And the notion of the surrendered wife, and what kind of role was given to you. What you’re expected to be content with.”