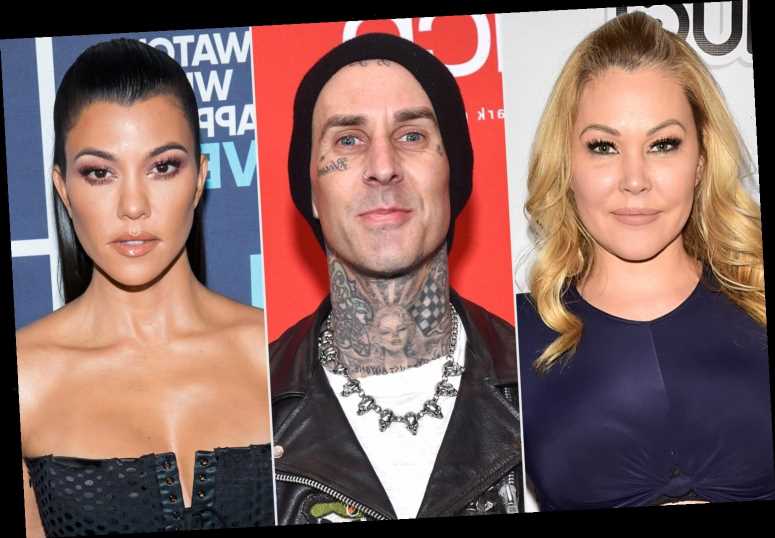 "He's my friend and co-parent, and I want him to be happy," the actress and model, 45, recently told a paparazzo, according to Page Six.

"If being with her makes him happy, and she's happy, I'm happy for both of them, honestly," added Moakler, who was spotted with her boyfriend Matthew Rondeau, 28.

In January, a source told PEOPLE that Kardashian, 41, and Blink-182 drummer, 45, had been "dating for about a month or two," adding that "they've been friends for a long time, but it's turned romantic."

"Travis has liked her for a while," the insider shared. Earlier this month, Kardashian and Barker celebrated their first Valentine's Day together — and made their relationship social media official.

And last Tuesday, Kardashian shared a photo on Instagram of the couple holding hands. Barker also shared the same photo on his social media account.

"He's a good guy and a really great dad," a source previously told PEOPLE. "Her family and friends all really like him. Their kids all get along too, which is sweet."