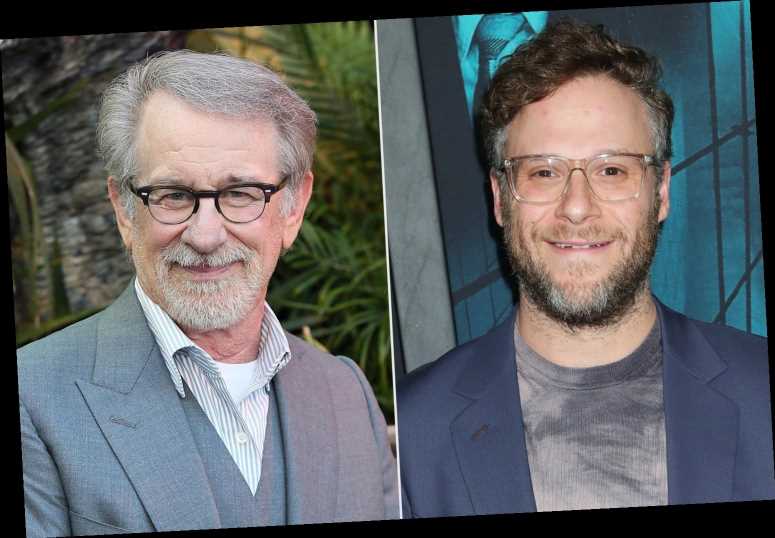 Steven Spielberg has enlisted Seth Rogen to play a role inspired by his favorite uncle for the director's upcoming personal project.

The Oscar-winning filmmaker, 74, is working on an untitled film that will be loosely based on his childhood growing up in Arizona. Spielberg has cast the Knocked Up actor, 38, in a key role, according to The Hollywood Reporter.

The news of Rogen's casting comes shortly after it was reported that Michelle Williams was locked in to play a role inspired by Spielberg's mother in the film.

The film is reportedly eyeing a 2022 release date.

The director will be co-writing the script for the project with Tony Kushner, his first movie with a writing credit since 2001's A.I. Artificial Intelligence. Kushner, a Pulitzer Prize-winning playwright, has previously written several movies for Spielberg, most recently the upcoming West Side Story.

West Side Story, Spielberg's remake of the classic 1961 movie musical, was set to debut last December but was delayed due to the ongoing COVID-19 health crisis. It's now set to open this December.

The new musical stars Ansel Elgort and newcomer Rachel Zegler as Tony and Maria, with other performers like Ariana Debose, David Alvarez, Mike Faist, Corey Stoll, Brian d'Arcy James, Rita Moreno and Curtiss Cook also appearing. Moreno will be involved with a different role than her Oscar-winning performance as Anita.